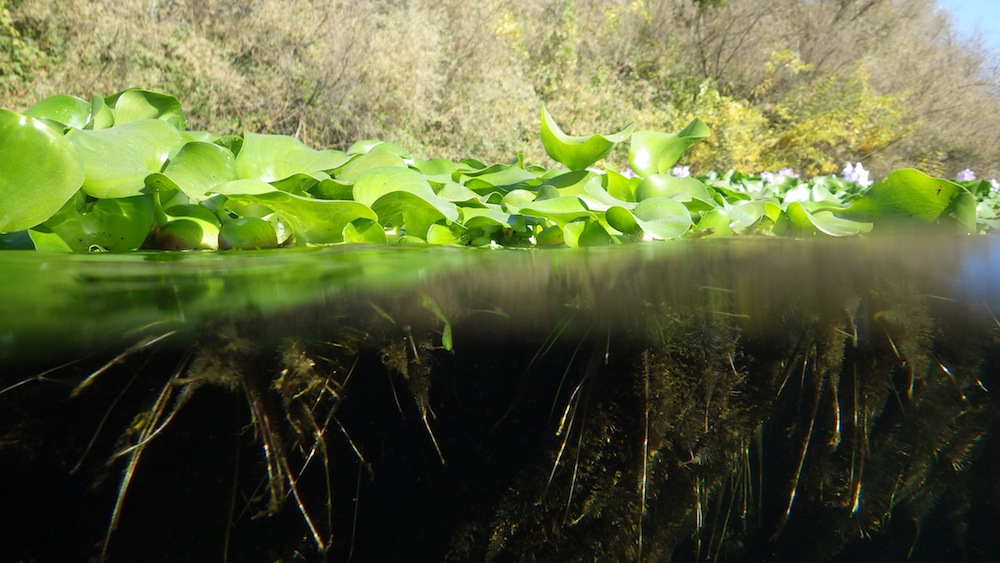 Oxygen is the key to life. All vertebrate animals require oxygen to live, and most of us cannot survive beyond a few short minutes without a generous oxygen supply. As we wrote in a previous blog post, it is much harder to breathe in water than in air, but fishes overcome this challenge through their highly specialized gills (see An efficient exchange). Water holds much less oxygen than air, yet some fish species can survive even in water with extremely low oxygen levels. The Crucian carp of Norway has evolved a particularly extraordinary ability to survive in small lakes and ponds that freeze over, becoming completely devoid of oxygen for months during the frigid northern European winter. What makes the Crucian carp truly remarkable is its special way to generate energy by converting the sugar glycogen into ethanol for survival when there is no oxygen in the water (Nilsson and Renshaw 2004).

Scientists don’t think Crucian carp get tipsy from the ethanol they produce, but they can use ethanol to fill some of the same roles as oxygen in their metabolic pathways. However, this process is much less efficient than using oxygen, so the carp must reduce their energy demands – which they do by shutting down parts of the brain. Scientists think Crucian carp become temporarily blind and deaf during the winter when they are in water with extremely low oxygen. They can afford to lose vision and hearing because they are the only vertebrates that can survive these extreme conditions, so there are no predators to fear. The key to the carp’s survival in these conditions is low water temperature: survival decreases from months to just days when water temperature is increased from 0°C to room temperature.

In California’s rivers, low oxygen levels are now more frequently threatening native fish species that lack the specialized metabolism of Crucian carp, and are particularly vulnerable to the deadly combination of warm, low oxygen water. Currently, concerns are increasing about declines in river oxygen levels due to the invasion of extremely prolific water hyacinth in the Central Valley. Water hyacinth was introduced to the United States from the Amazon River more than 100 years ago, but with recent warming water temperatures, its growth rate has increased. In warm water, a water hyacinth plant can double in size every 10 days, resulting in large mats of this invasive weed clogging Sacramento-San Joaquin Delta waterways.

Such thick vegetative mats have devastating effects on oxygen levels in the river below. Dense populations of oxygen-consuming bacteria and fungi accumulate around hyacinth mats to feed on the constantly shedding plant material. These microorganisms consume the oxygen in the water, leaving little for fish. To make matters worse, dense hyacinth mats inhibit fresh water flow and gas exchange with the air, which would replenish the depleted oxygen. Though California state agencies are spending millions of dollars a year to manage water hyacinth, no effective eradication techniques have yet been discovered, so the problem is here to stay for the time being.

However, some water oxygen issues are manageable. Several years ago, water oxygen levels in the Stockton Deep Water Ship Channel on the San Joaquin River were found to fall dangerously low for adult salmon migrating to their natal rivers. This is due to biodegradable waste that drains from industrial, urban and agricultural areas into the Delta, where it supports dense populations of microorganisms that consume oxygen. Water oxygen concentrations of at least 6.0 mg/l are required for migrating salmon to survive, but levels were dropping as low as 2.0 mg/l. The good news is that a giant aeration system was constructed in 2007, which delivers up to 10,000 pounds of oxygen daily into the Deep Water Shipping Channel. This aeration system now maintains water oxygen levels above 5.2 mg/l through most of the year, and 6.2 mg/l when adult salmon are migrating past the channel. Though resident Californian fish can flourish in oxygen levels far lower than terrestrial air-breathers, their abilities are a far cry from the amazing adaptations of Crucian carp, which can survive in water devoid of oxygen. We have our work cut out for ourselves if we hope to protect Californian fishes from low oxygen caused from high-nutrient run off and aggressive invasive plants like water hyacinth.