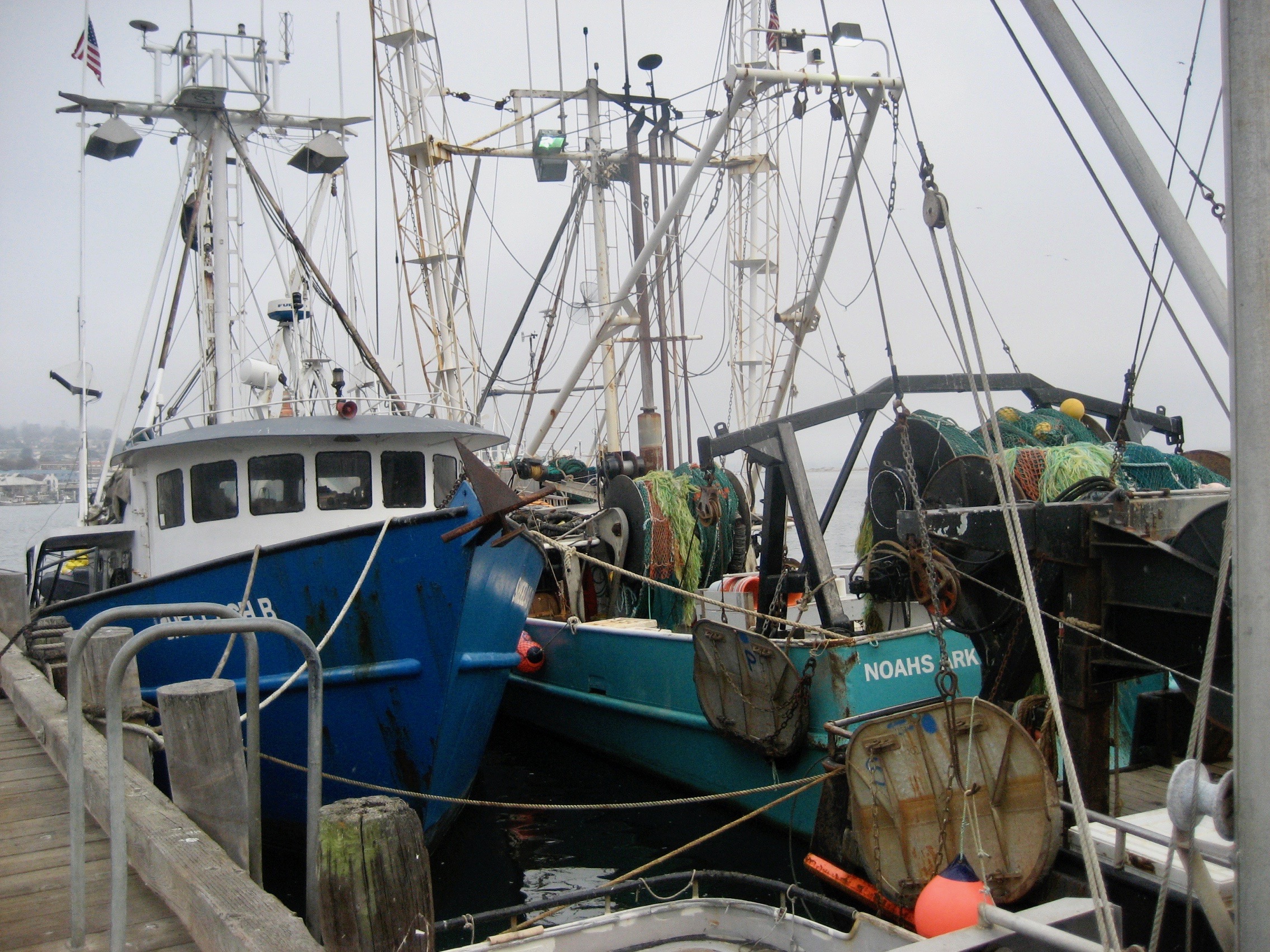 Salmon are an iconic species in California, with an intrinsic value for both ecological and cultural reasons. Despite population declines over the last decade, salmon are also economically important, although assigning them a dollar value is not always easy. Surprisingly, information on the economics of California’s commercial and recreational salmon fisheries is generally lacking, hampered by a dearth of suitable analyses specific to West Coast fisheries, the wide array of reporting metrics, and numerous extrapolation factors. However, for the last several years, we have attempted to address this gap by compiling data from the National Marine Fisheries Service (NMFS), the Pacific Fishery Management Council (PFMC), and the United States Fish and Wildlife Service (USFWS) to produce estimates of the economic impacts from commercial and recreational salmon fisheries in California. Crunching numbers from the most recent reports for the 2016 season revealed a continued downward trend from previous years due to a marked decline in commercial fishing catch.

The majority of salmon caught in the 2016 fishery were born in the middle of a historic drought that took a major toll on juvenile survival. The PFMC preseason prediction for 2016 anticipated that the population would be less than half of what it was over the previous several years. However, the actual number of fall-run Chinook salmon that ‘escaped’ the fisheries to return to the Sacramento River Basin was also well below the PFMC goal, and only 59% of the escapement forecast. While salmon populations are notoriously difficult to predict, even during the drought the PFMC based regulations on elevated predictions, which provided fishing opportunities for commercial and recreational fishers, but also led to higher than anticipated exploitation rates (the exploitation rate of 0.57 was 14% higher than expected), below-target escapement, and a fishery that is overfished and still declining.

The 2016 fishery had a total estimated economic impact of approximately $103 million for the state (all estimates indexed to 2019 dollars), which is about a quarter of the 2012–2015 average, and represents the lowest value since we began calculating economic impacts. Most of this was generated from the commercial salmon industry, which had an overall economic impact of approximately $60 million dollars for the state of California in terms of sales, income, and value added to the economy (e.g., fees/licenses, boat maintenance, fuel, bait/tackle, and other associated goods and services used by commercial anglers). This was much less than in previous years (Figure 1), reflecting a commercial harvest that was less than half of the previous year’s total (PFMC 2017, NMFS 2018). Commercial fishermen received an average ex-vessel price of $7.44 per pound at the dock, for total landings revenues of $5.3 million. Due to the supply shortage, the ex-vessel price was the highest that it has been in recent years, and more than $2.50 above the 2007–2015 average.

In contrast, the economic impact of combined ocean and in-river recreational angling increased over the previous year to approximately $44 million in 2016. The increase was a result of increased in-river fishing opportunities and harvest in 2016, as the ocean recreational fishery was remarkably similar to 2015. Recreational fishers in 2016 harvested a total of 74,336 salmon (49% in-river), an increase of more than 12,000 salmon from the year before (PFMC 2016). Despite the increased harvest and overall value, however, the total economic impact was still substantially lower than the 2012–2015 average (Figure 1). 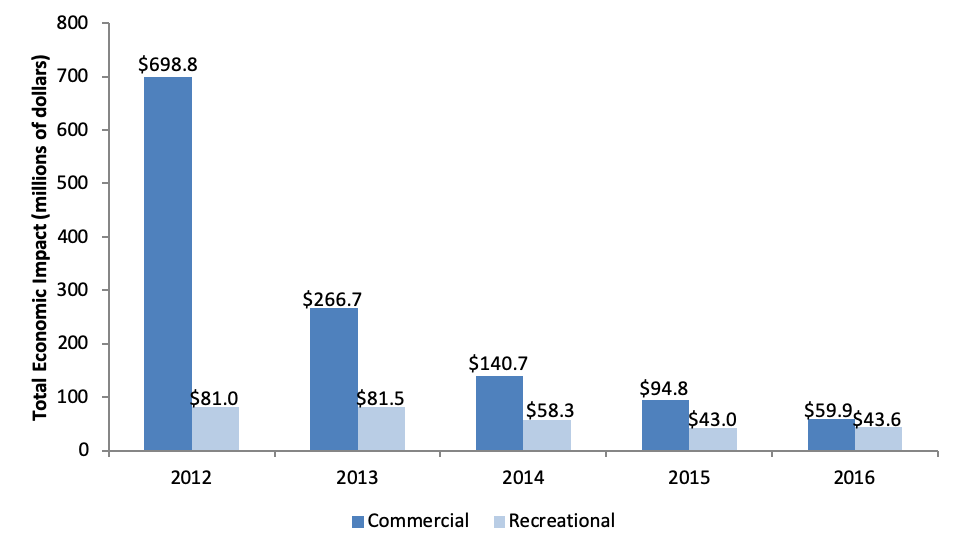 With the effects of the historic drought beginning to dwindle, we are looking forward to improving economic outlooks in the coming years. Importantly, we hope that fisheries managers across the state can continue to focus on efforts to improve habitat quantity and quality, as well as juvenile survival. Ensuring a level of production that supports a healthy salmon fishery, while also supporting a self-sustaining wild salmon population, is an attainable goal in California, but will require new and dramatically different approaches.