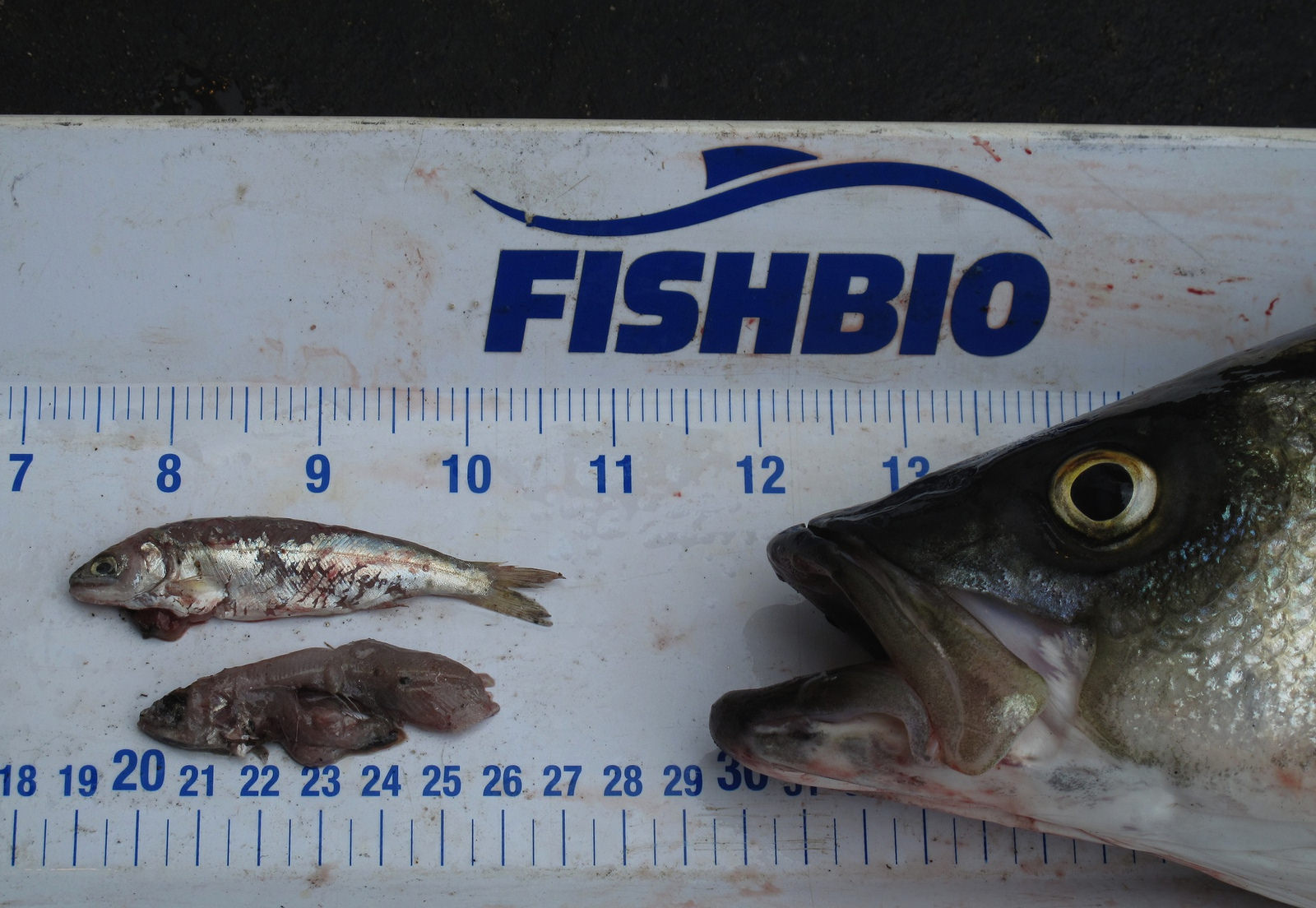 Even introduced, non-native fishes get their day on Capitol Hill. On June 3, the House of Representatives passed an amendment to the Commerce, Justice and Science Appropriation Act that requires consideration of predator control efforts in recovery plans for federal Endangered Species Act (ESA)-protected species. If this amendment passes the Senate, it could open up new avenues for handling introduced fish species that prey on protected salmonids and minnows in Sacramento-San Joaquin waterways. Striped, largemouth, and smallmouth bass and white and channel catfish are all non-native fishes that consume ESA-protected species in Sacramento-San Joaquin waterways (Nobriga and Feyrer 2007). Little is known about the abundances, distributions and predation rates for many of these non-native piscivores – but we do know that abundances and predation rates can be very high. In fact, scientists at the recent San Joaquin River Restoration Program Science Meeting reported that more than 20,000 non-native fish have been captured in fyke nets aimed to trap juvenile Chinook salmon during a two-year-old trap-and-transport program on the river. In one of their tagging studies, the group found the overwhelming majority of collected predators of sufficient size ate salmon, with up to six salmon in the stomachs of individual captured predators.

For several years, FISHBIO collaborated in a study for the Vernalis Adaptive Management Program, which found acoustic tags from many tagged smolts released into the San Joaquin River were waylaid in just three predation hot spots in the Delta, presumably because they were consumed by predators. A further 10 predation hotspots with similar or higher predation rates have been identified throughout the Delta (Grossman et al. 2013). In 2012, FISHBIO found striped bass consumed more juvenile Chinook salmon than smallmouth and largemouth bass did in the Lower Tuolumne River. Models predict striped bass predation on juvenile winter-run Chinook salmon out-migrating through the Sacramento-San Joaquin Delta significantly increases the risk of the endangered species becoming extinct (Lindley and Mohr 2003). Alarmingly, a bioenergetics model predicted the current striped bass abundance in the estuary may be sufficient to consume all juvenile salmonids (36 million) out-migrating from both the Sacramento and San Joaquin rivers (Loboschefsky et al. 2012).

Although substantial predation occurs on ESA-protected fishes within the Sacramento-San Joaquin waterways, non-native predator control in this region remains surprisingly controversial. Here, we consider four concerns over predator control expressed by some Californian scientists and managers:

1) Non-native predators are more likely to prey on poorly adapted salmon of hatchery origin rather than wild fish (California Water Blog). Truthfully, we do not know the proportions of hatchery versus wild salmon and trout consumed by predators. Hatchery salmon and trout certainly outnumber their wild counterparts in California waterways, and studies quantifying successful passage past predators have shown that one fifth (Vogel 2010) to nearly all (Gingras 1997) released hatchery salmon can be consumed by predators, depending on location. While comparable studies with wild fish in the Central Valley are not possible due to their protected status, predator diet studies have documented large numbers of wild salmon eaten by non-native predators – such as FISHBIO’S study on the Lower Tuolumne River, where no hatchery stocking occurs (FISHBIO 2012).

2) Predation ‘hot spots’, which tend to be created by man-made structures, may be remedied by simple changes to management practices (California Water Blog). Indeed, efforts to address habitats that facilitate predation on imperiled fishes should be pursued in conjunction with predator control. However, predation hot spots have been recognized since 1997 (Grossman et al. 2013), and little progress has been made in addressing them during the last 20 years.

3) Removal of predators may benefit other predatory fishes (California Water Blog). This concern is based on theory and not observations in the wild. A predator removal experiment in the Delta did not result in increased abundances of other predators (Cavallo et al. 2013). Furthermore, over 20 years of successful removal of a native predator from the Columbia River has resulted in no evidence of benefits to other predators.

4) Models estimating predation in Sacramento-San Joaquin waterways lack validation with real observations, and it is difficult to predict the exact level of benefit predator removal will have on protected fishes (Grossman et al. 2013). All restoration efforts face these challenges, especially in large waterways. On the Columbia River, strong science-based adaptive management approaches, similar to those employed for general restoration efforts in California, were applied to successfully achieve predator control goals.

The issue of predation in California’s Central Valley is gathering increasing attention. In 2010, the National Marine and Fisheries Service (NMFS) called for regulations aimed at reducing non-native fish predation on Federal ESA-protected salmon and steelhead trout in the Sacramento-San Joaquin waterways. In 2011, we wrote blog posts describing changes to regulations on striped bass bag limits and size limits proposed by the California Department of Fish and Wildlife (CDFW) in response to a lawsuit earlier that year, which were subsequently rejected by the California Fish and Game Commission. This month’s actions to amend the Commerce, Justice and Science Appropriation Act may finally open the door to predator control programs in California—a hopeful step towards remedying a long-term problem that continues to spin out of control.