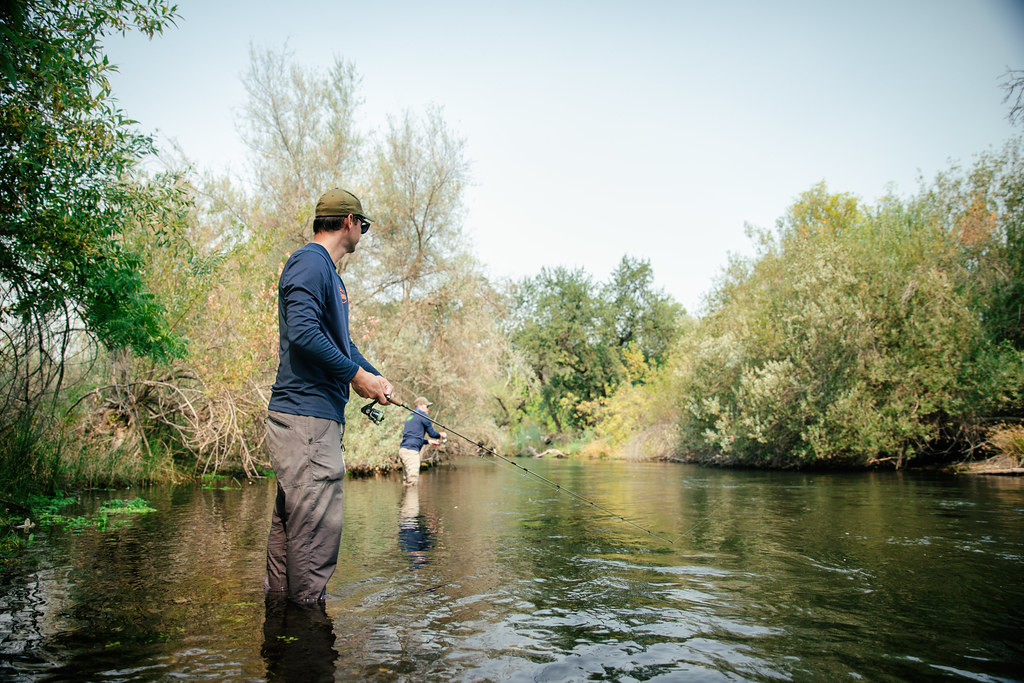 The pursuit of a trophy, the sheer excitement of a tight line, or the simple enjoyment of nature are all potential benefits of recreational fishing – and yet another is the ability to contribute to research studies. Smartphone apps where anglers post and share about their catch are a potential source of data for fisheries managers. However, understanding how self-reported data compares to conventional methods that researchers and managers use to survey anglers is key for identifying how app data may best be used. A recent study in the Canadian Journal of Fisheries and Aquatic Science compared data collected by a website and app with data collected by a conventional mail survey, creel surveys, and scientific research sampling (Johnston et al. 2021), and the results demonstrate the potential value of apps to complement traditional monitoring approaches.

Scientists cannot be everywhere at once, so leveraging the public to collect data over large areas and long time spans through volunteer community science can be an extremely useful research tool. In the Canadian province of Alberta, a website called Angler’s Atlas and a smartphone app called MyCatch were developed to allow anglers to act as community scientists by self-reporting data on their catches. Fisheries managers in the province also conduct a mail survey of anglers every five years and annual creel (interview) surveys of anglers out on rivers and lakes. In addition, they conduct standardized gill net sampling as part of scientific fisheries monitoring. The researchers investigated whether the self-reported angler data from the app aligned with traditional monitoring in three ways. First, the fishing practices and distribution of anglers’ homes were compared between the MyCatch app data and mail survey data to see how the populations aligned. Second, data from the app was compared with data from creel surveys on the Bow and Upper Oldman rivers to determine whether catch rates and species caught were similar between the two data sources. Finally, app data were compared to data from scientific gill net surveys used to sample walleye (Sander viterus) and northern pike (Esox lucius) populations.

Among the study’s findings, the mix of anglers who used the app did not differ significantly from those who responded to the mail survey, and both sources showed similar trends in the distribution of fishing effort. The app data also showed agreement with creel survey data, particularly for the Bow River. The relationship between the app and creel data was less clear for the Oldman River, in part due to potential challenges with species identification resulting from hybrid individuals. Catch rates for walleye showed a significant relationship between data from the app data and data from gill net surveys, but this relationship was not seen for pike catch rates. This weaker relationship is not surprising, as anglers tend to target desired sportfish species of certain sizes, whereas the gill nets are designed to sample a broader range of species and sizes of fish.

In a single year, anglers used the MyCatch app and Angler’s Atlas website to report a total of 2,218 fishing trips, which equated to 9,773 hours of fishing and 12,037 fish caught. The analyses performed in this study demonstrate that these abundant angler app submissions can provide recreational fisheries data that is comparable to conventional monitoring approaches. In general, combining multiple survey techniques may be a good way to help reduce error and improve the precision and accuracy of results. Angler apps show remarkable potential to provide information to managers, but perhaps their greatest asset is offering an opportunity for anglers to feel more connected to the fisheries management process, serving as a bridge between recreational fishers and fisheries scientists.