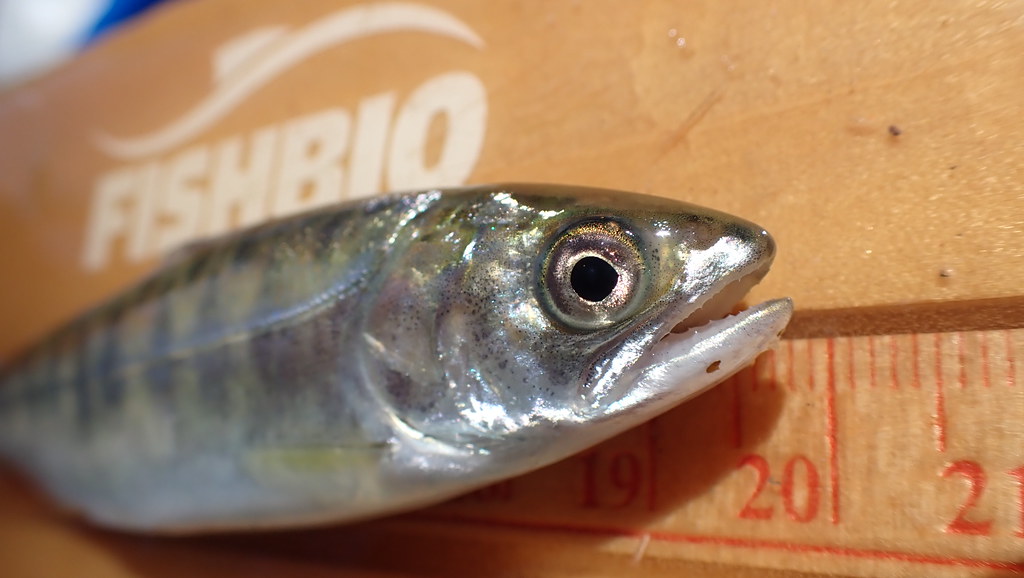 For cold-loving fish like salmon, temperature plays a critical role in behavior, survival, and ecology. It’s therefore no surprise that the 2021 Bay Delta Science Conference included a session specifically dedicated to research on the effects of temperature on salmon in the Central Valley. The presentations in this session discussed thermal impacts among different Chinook salmon (Oncorhynchus tshawytscha) populations, and across life stages. The different studies demonstrated just how effective temperature management can be as a tool for improving survival. However, effectively applying this tool requires considering multiple other environmental factors, and the highly variable temperature tolerances among different Chinook populations.

The session began with a presentation from UC Davis researcher Kenneth Zillig, who described a study examining differences in growth and metabolic output of Chinook from different hatcheries exposed to varying temperatures. Results revealed fall-run individuals exhibited more rapid growth when exposed to higher temperatures, whereas winter-run individuals exhibited a decline in growth. The metabolic analyses revealed similar variation, with winter-run once again showing a decrease after high temperature exposure. The findings indicate that Chinook salmon populations differ in their response to changing temperatures, that the physiology of winter-run Chinook appears to be specifically cold-adapted, and that higher acclimation temperatures increase the variation in physiological response among the different runs.

NMFS researcher Cyril Michel then discussed an assessment that identified three flow thresholds for juvenile salmon survival based on an acoustic telemetry study of smolts in the Sacramento River. At the minimum threshold, estimated survival showed a 6.3-fold increase compared to the survival at lower flows. When flows increased to the historic mean threshold, survival showed another 2.7-fold increase, but at the highest flow there was a 35% drop in survival. The researchers also found that low flows led to higher temperatures, and identified a 20˚C threshold beyond which survival decreased dramatically. Notably, pulse flows were shown to improve annual cohort survival by 55–132% without requiring any additional water from the annual water budget. Even in years when pulse flows were not possible, just maintaining the low flow standard was sufficient to increase survival by 83% or more.

NMFS researcher Eric Danner discussed an investigation of the impacts of temperature on the most sensitive life stage of salmon: eggs. The researchers developed a fluid dynamics model to assess the interactions of various factors affecting winter-run Chinook egg thermal tolerance. Results showed that within a salmon nest (or redd), the lowest oxygen concentrations occurred around the edges of the eggs, in the tight spaces between the eggs, and at the downstream end of the redd. They demonstrated that at higher flow, survival did not differ much among varying temperatures, but at lower flow survival was reduced at higher temperatures. The main conclusion of this study was that egg thermal tolerance is not a fixed value, but rather depends on developmental stage, ambient oxygen concentration, flow velocity, and neighboring eggs.

Finally, UC Santa Cruz researcher Alyssa FitzGerald discussed recent work to assess the temperature-dependent survival of salmon in California rivers using thermal performance curves, which provide a way to quantify the relationship between temperature and a physiological process. This process yielded estimates of thermal impacts across life stages. FitzGerald indicated that this approach is relatively simple to implement, as the only inputs required are daily temperature, life stage timing, life stage spatial distribution, and thermal survival models – data which are readily available for most rivers in the Central Valley. The key implication is that these models could aid active management efforts by setting expectations for survival and informing the development of management targets.

The dams and reservoirs throughout the Central Valley make temperature and flow the two factors that managers can most readily modify in the rivers of the Sacramento-San Joaquin watershed. However, knowing how and when to adjust these environmental conditions requires understanding the variable tolerances, thresholds, and responses unique to the different salmon populations in the system, making studies on this topic particularly crucial for effective salmon management and recovery.