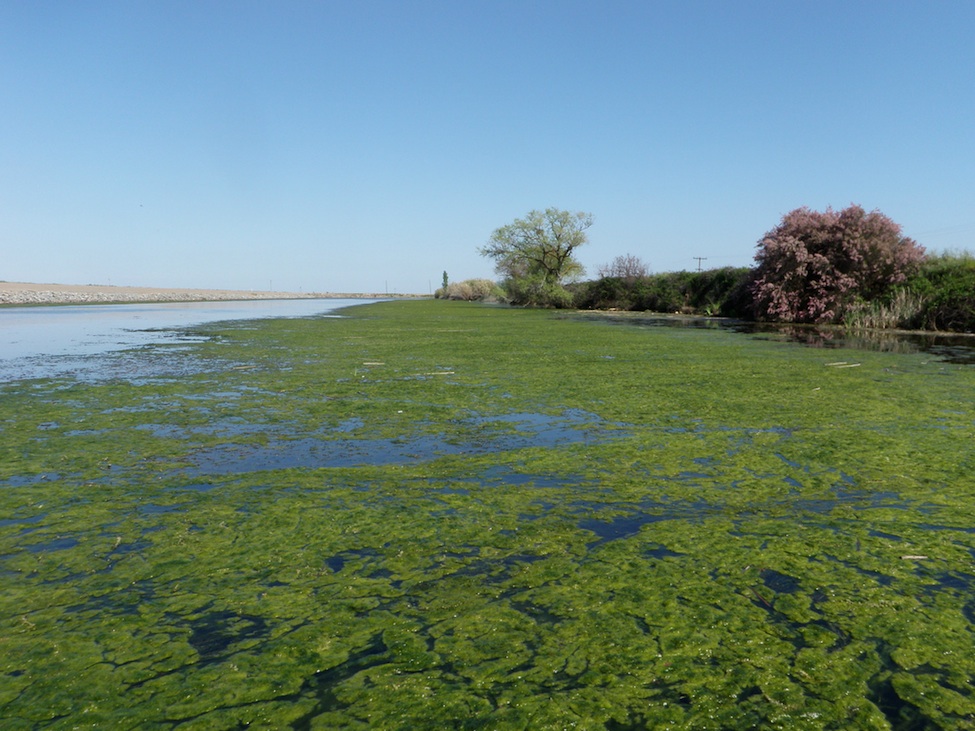 When it comes to alien invaders (also known as invasive species) in the Sacramento-San Joaquin Delta, the most damaging species generally fall into two categories: ecosystem engineers and food-web disruptors. Ecosystem engineers are organisms (both flora and fauna) that can create, modify, or maintain habitat in a variety of ways. Food-web disruptors are species capable of significantly altering food webs and making them less viable to support native species, either through direct competition or by changing the overall composition of the food-web. Food web disrupters have so altered the quality and quantity of food sources available in the Delta, that they were officially recognized by the Interagency Ecological Program (IEP) in 2004 as one of multiple factors contributing to the ongoing Pelagic Organism Decline (POD), the decline in numbers of multiple open-water Delta fish species that include longfin and Delta smelt, juvenile striped bass, and threadfin shad. With the Delta’s long history of intentional and unintentional non-native species introductions dating back over 100 years, it’s no wonder that the ecosystem has been profoundly affected by invasive species – even at the microscopic level.

Non-native zooplankton, tiny drifting aquatic animals, have traveled to the San Francisco Bay and Delta through ship ballast water, and their invasive capabilities are often overlooked due to their microscopic size. While they might be out of sight, out of mind, invasive zooplankton species now dominate the available prey in several locations throughout the Delta. These alien species are often smaller and less nutritious than native zooplankton, and thereby make it more challenging for native fish species to sufficiently feed (Winder and Jassby 2011, Kimmerer et al. 1994). As a result of recent shifts in zooplankton composition, the non-native copepod crustacean Limnoithona tetraspina has become the dominant zooplankton species (in both number and biomass) in the estuary. Despite being highly abundant, L. tetraspina makes for a poor prey item for larval fishes due to its small size and poor nutritional value (Slater and Baxter 2014). The expansion of L. tetraspina population is also taking away vital resources from larger, more nutritious native zooplankton like the copepod Eurytemora affinis. Zooplankton are the primary food source for larvae of many pelagic fish species that are currently in decline.

In addition to a lack of quality food sources, native species also face an undue amount of pressure created by competition with species introduced to the Delta. Several fish that serve as direct competitors to native species have increased in abundance within the Delta over the last several decades, including wakasagi (Hypomesus nipponensis), Mississippi (Inland) silverside (Menidia beryllina), and threadfin shad (Dorosoma petenense). All of these fish are planktivores that consume similar zooplantkon as native species (Moyle et al. 2015, Sullivan 2010, Bennett 2005). Another invader of particular concern is the abundant overbite clam (Potamocorbula amurensis), a voracious filter feeder originally introduced to the upper estuary in the late 1980s. The overbite clam is both a competitor and direct predator of native zooplankton, and suppresses the phytoplankton blooms that native zooplankton need to thrive (Kimmerer et al. 2005, Slater and Baxter 2014).

Throughout the Delta Smelt Symposium held at UC Davis earlier this year, the need to increase the food supply available to POD species was a recurring topic of conversation. During the panel discussion, Dr. Erwin Van Nieuwenhuyse highlighted the need to focus management efforts on increasing the food supply available throughout the system, similar in spirit to the Chesapeake Bay Adaptive Management Program. While the Chesapeake program acts to reduce the amount of nutrient input (particularly of phosphorus) in order to reduce phytoplankton production, the program Nieuwenhuyse suggests would increase the amount of nitrogen available in the system to boost phytoplankton growth, thereby addressing the lack of productivity at the base of the Delta’s food-web. In fact, several of the projects featured in the Delta Smelt Resiliency Strategy are management actions designed to improve food availability throughout the region. The North Delta Food Web Adaptive Management Projects featured in the plan incorporates augmented flow through Yolo Bypass (as suggested by Dr. Ted Sommer during the symposium) to help promote food production in the lower Sacramento River where delta smelt are known to occur. While the issue of the POD within the Delta is a complex and multifaceted problem, steps must be taken in an effort to reverse the decline. Reestablishing some semblance of a healthy food-web, one in which food sources are readily available to lower tier consumers, is an important step to returning the Delta to a properly functioning ecosystem.