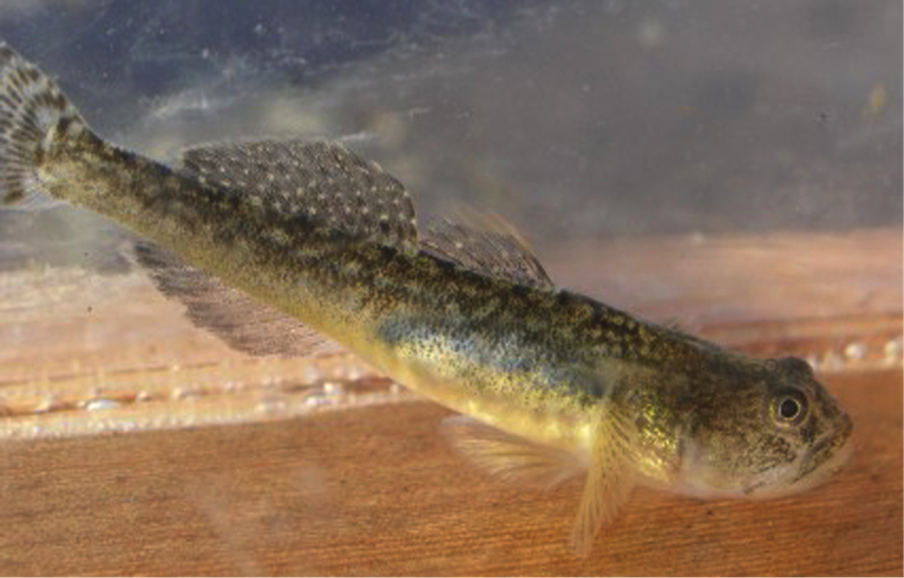 For species living in unpredictable environments, maintaining a diversity of individuals in a population (of various sizes, ages, etc.) improves the likelihood that at least some will survive challenging conditions. In contrast, a lack of diversity can prove catastrophic for isolated populations of an endangered fish, reports a new paper recently published in the journal PLOS One. Authored by FISHBIO fisheries biologist Michael Hellmair and Andrew Kinziger of Humboldt State University, the study focuses on the tidewater goby (Eucyclogobius newberryi) and reveals that populations composed of fish with similar sizes and ages also tend to exhibit more genetic similarity, and are more vulnerable to localized extinction.

The tidewater goby lives at the marine-freshwater interface, occurring only in brackish estuaries along the California coast from San Diego to Crescent City. The number of tidewater goby populations greatly declined during the late 20th century, likely due to heavy coastal development, and the species was listed as Endangered under the Endangered Species Act in 1994. Inhabiting estuarine environments comes with a unique set of challenges, especially for a species that only grows to about 60 mm in length and seldom lives longer than a year. Tidewater goby habitats are typically separated from the Pacific Ocean by sandbars for most of the year, which effectively isolate populations and prevent fish from moving to new populations or habitats. Because migration between populations is rare, substantial genetic differences have developed among tidewater goby populations (McCraney et al. 2010). 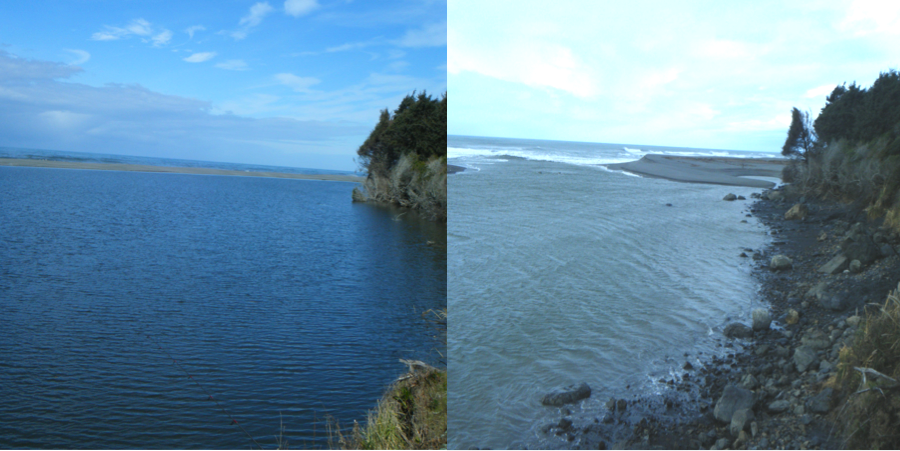 When estuaries breach, typically during periods of high rainfall and large surf, they often drain rapidly. This is followed by an influx of ocean water with the tidal cycle, which drastically changes the salinity and temperature of the habitat. The images above show Big Lagoon, CA, before (left) and during a breaching event. Adult tidewater gobies have a broad tolerance for environmental changes that helps them cope with such dramatic fluctuations. While these fish typically inhabit brackish waters with salinities less than 12 parts per thousand (ppt), they have been documented in the wild at salinities greater than that of seawater (up to 42 ppt; Swift et al. 1989). However, the recently published study indicates that juvenile gobies are less resilient to such breaching events, and suffer high rates of mortality when exposed to salinity increases (Hellmair & Kinziger 2014).

One adaptation that appears to safeguard populations against this natural stressor is the tidewater goby’s ability to reproduce across a range of conditions and throughout the year, with an increase in spawning activity during summer months (Goldberg 1977; Swift et al. 1989). This year-round reproduction is unlike most fish species. As a result, a large range of individual ages and sizes can often be observed in tidewater goby populations at a given time. This reproductive strategy is thought to balance the risk of high juvenile mortality by maximizing reproductive output: some reproduction can occur during all times of the year (ensuring the continual presence of salinity-tolerant adults), while peak spawning activity is observed during summer, when the chance of estuary breaching (and high juvenile mortality) is lowest.

However, not all tidewater goby populations are characterized by a diversity of sizes and ages. Instead, some populations found along the northern California coast are composed entirely of similar-sized individuals, indicating their reproductive period is restricted to a particular time of year. The new research paper reveals that a population’s demographic variation mirrors its genetic diversity: populations with a diversity of fish sizes and ages tend to also have higher genetic diversity, while those composed of similar-sized individuals tend to be more genetically similar. The authors measured genetic diversity in terms of the total number of alleles, or versions of a particular gene in the population. They also looked at population heterozygosity, which is based on the number of fish with two different alleles for a particular gene.

While a direct link between genetic and demographic diversity is not yet clear, the lack of size and age diversity within populations of low genetic diversity appears to increase their vulnerability to environmental disturbance. In such populations, reproduction is mostly limited to a short window of time, and a spike in salinity during or shortly after this period (when the population consists exclusively of small, less tolerant individuals) can deal a fatal blow to the entire population and lead to localized extinction. In contrast, the continuous presence of adults with broader physiological tolerance makes it more likely for goby populations with diverse age demographics to persist through such events (Hellmair & Kinziger 2014). These findings demonstrate the importance of diversity at the population level, and suggest that the expression of genetic variation within populations can contribute to their resilience, particularly during periods of environmental fluctuation.