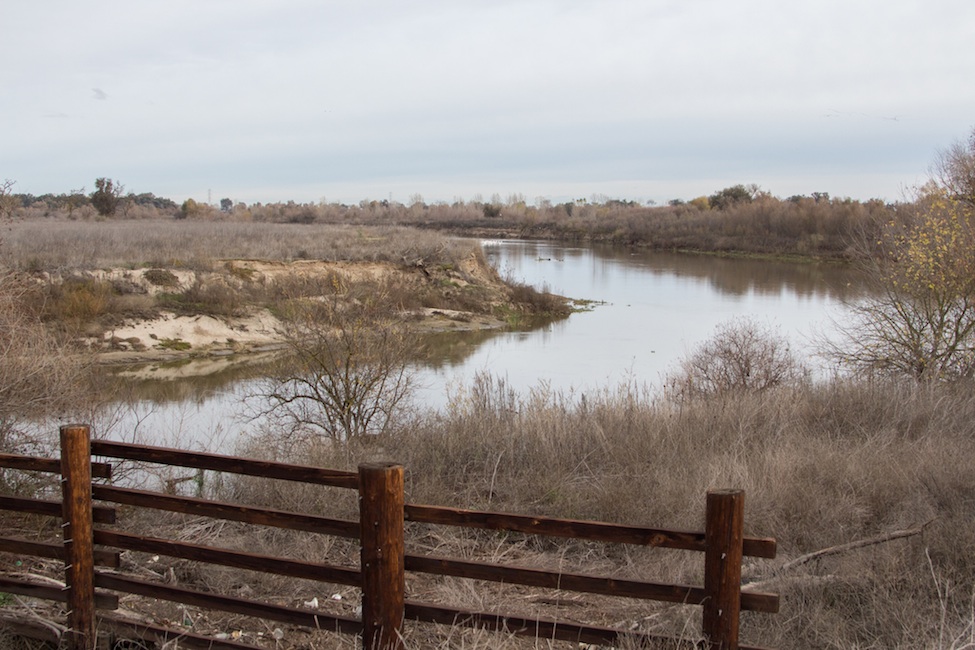 While attending this year’s biennial Bay-Delta Science Conference, we were inspired by all the ongoing work to restore habitat throughout the Sacramento-San Joaquin Delta region. Many presentations focused on the significant reduction of California’s historical wetlands, with Julie Beagle of the San Francisco Estuary Institute noting that as much as 98% of the marshland in the Delta have been lost. This significant loss has coincided with the reduction of floodplains throughout the state that serve as crucial rearing habitats for juvenile fishes. Restoration projects, like those currently underway at Liberty Island, are an integral effort to mitigate for these losses and to help restore struggling fish populations throughout the region. We wanted to highlight another restoration project working to return reclaimed farmland in the southern Delta to its natural form at the Dos Rios Ranch.

Situated at the confluence of the San Joaquin and Tuolumne rivers, the aptly named Dos Rios Ranch was once part of a large Spanish land grant early in California’s history known as “El Pescadero.” Loosely translated as “the fisherman,” the Spanish name of the location reflects the historical influence of the native salmonid population there. Like other properties along the San Joaquin, Dos Rios was leveed early in its history in an attempt to protect the area from massive flood events that were common prior to the construction of several dams upstream. Unfortunately, these efforts proved futile and Dos Rios was repeatedly inundated by groundwater seepage, particularly during high water years. This fertile land was operated as both cropland and dairy for many years until the Lyons family eventually notified the Tuolumne River Trust of their interest to sell the land in 2002 for the sake of habitat restoration.

Ten years later, the collaborative efforts of the Tuolumne River Trust and River Partners among numerous other funding groups led to the acquisition of the ranch in February 2012. The first phase of the restoration effort will include the replanting of native riparian and upland vegetation, wetland enhancement, constructing elevated mounds to provide flood refuge for terrestrial species, and installing a drip irrigation system (similar to that used to support FISHBIO’s collaborative restoration efforts with River Partners at Honolulu Bar along the Stanislaus River). These actions will benefit not only native fish populations, but also other endangered species like the riparian brush rabbit and yellow warbler, as well as thousands of other birds that may use this area as part of the Pacific Flyway. 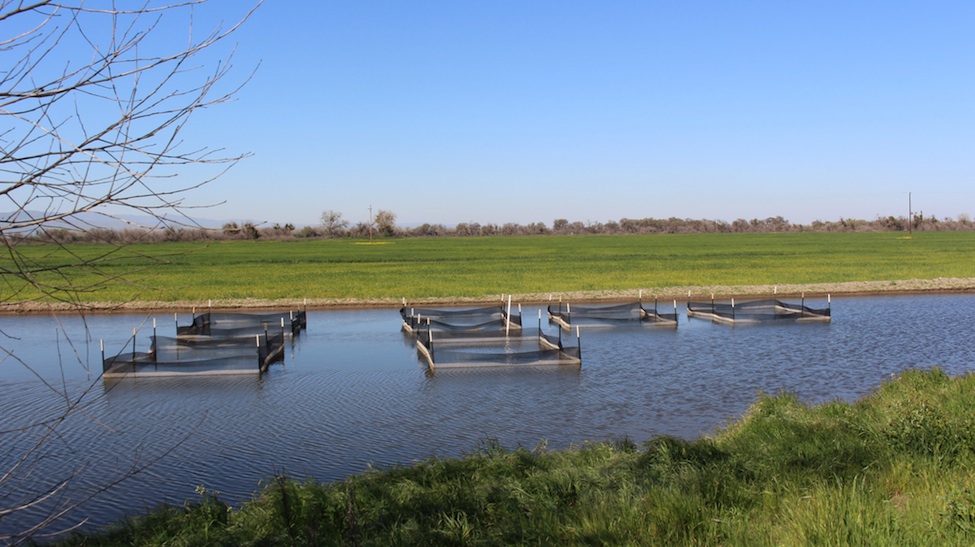 Dos Rios Ranch has also been at the forefront of recent advances in our understanding of floodplain interactions. In 2015, River Partners participated in the “Nigiri Project,” a collaborative study involving researchers from California Trout (CalTrout), UC Davis, and the California Department of Water Resources (DWR). The study showed that crop fields can be used as a simulated floodplain to serve as habitat for native fishes during winter months. Louise Conrad from DWR discussed results of the study at the Bay Delta Science Conference, where she noted that managed fields (particularly rice fields) have shown to have higher concentrations of key invertebrate food species than other observed rearing habitats. Carson Jeffres from UC Davis added that these types of managed floodplains also foster organisms lower down in the food chain, such as rotifers, bacteria, and flagellates, thus making the entire food web more productive. As a result, Chinook salmon that reared in these modified floodplains grew much faster than in other controlled environments.

The restoration actions taken at Dos Rios hope to benefit not only the native wildlife, but people as well. The project will also allow high waters to breach the levees around Dos Rios to create a sort of mini-reservoir that will increase regional flood protection and improve water supply reliability. By connecting the Tuolumne River Parkway and San Joaquin River National Wildlife Refuge projects, Dos Rios will create a unique stretch of the Central Valley that provides opportunities for conservation, flood control, and recreation, making it a true model for serving multiple needs.