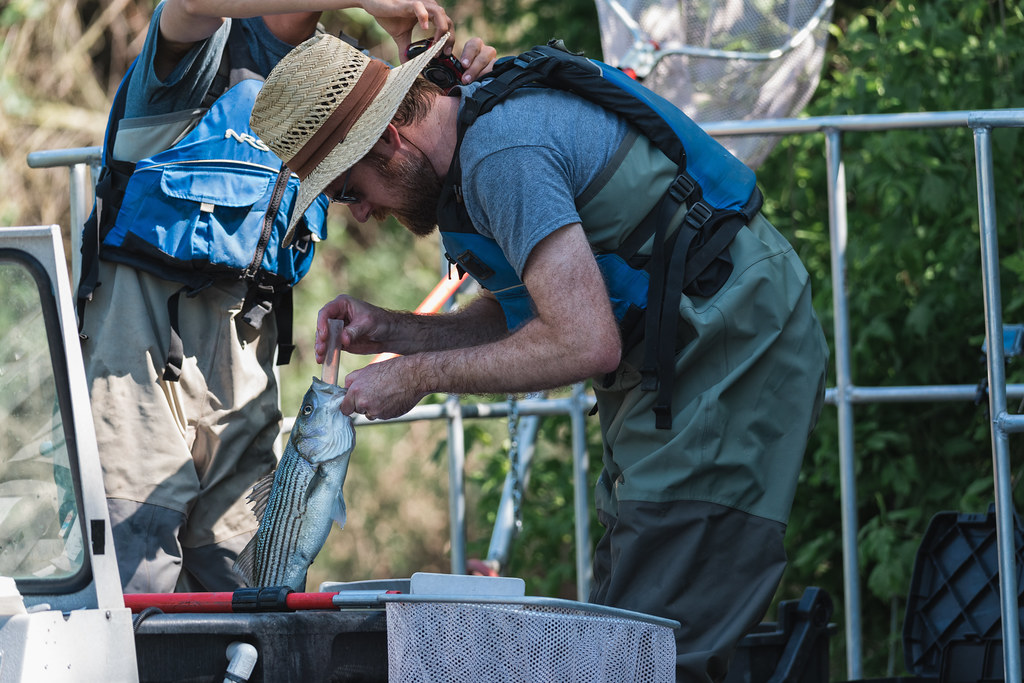 Understanding the dynamics of the fish food web means studying what fish eat – which traditionally requires sorting through goopy piles of fish guts and visually identifying prey from body parts. However, a recent study published in the North American Journal of Fisheries Management used genetic analysis of stomach contents to investigate the effects of predation from non-native fish, like striped bass, on native fishes, including listed species such as delta smelt and Chinook salmon (Brandl et al. 2021). While this topic has been previously investigated in the Sacramento-San Joaquin Delta, earlier studies that relied on the visual observation of prey items in stomach contents often found little to no evidence of predation on listed species. However, authors of the recent study used a genetic approach to verify stomach contents of predators, which revealed higher instances of predation on listed species than previous studies. The team also analyzed habitat and water quality data to explore the effect habitat may play in predation.

The use of genetic identification makes it easier to detect soft-tissued prey and fish at early life-stages, which are generally quickly digested and more difficult to identify visually. For example, multiple studies have shown that eggs and larvae are visually unidentifiable as soon as 30 to 60 minutes after being eaten (Schooley et al. 2008). In contrast to visual identification, a previous study by the authors (Brandl et al. 2016) showed that genetic techniques were able to detect juvenile Chinook salmon in 100% of striped bass gut contents tested in a controlled feeding experiment. This implies that using a genetic approach to identify prey items can provide a more complete depiction of the diet composition of piscivorous fish. In the current study, the researchers focused their sampling efforts on the northern Delta due to its similarity to historic habitat used by key target prey species. While striped bass were the predators of interest in this study, Sacramento pikeminnow, largemouth and smallmouth bass, and channel and white catfish were also sampled. The native target prey items of this study selected for genetic analysis included Chinook salmon, delta smelt, Sacramento splittail, longfin smelt, steelhead, green sturgeon, and white sturgeon. Non-native prey species selected for comparison were threadfin shad, Wakasagi, and Mississippi (inland) silverside. 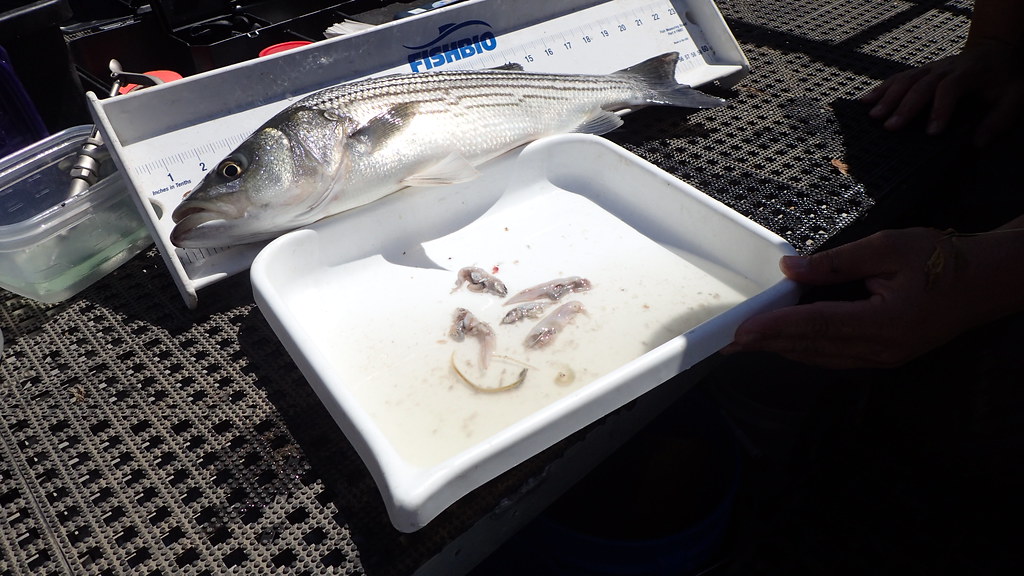 Overall, native species represented a significant proportion of the total striped bass prey items identified (60%), and all native species, with the exception of green sturgeon, were detected in their diets. The percentage of native fish detected in diet samples varied by month, with 29%, 82%, and 20% of prey detections in December, April, and June, respectively. In the month of April 2014, 6.6% percent of striped bass were found to consume Chinook salmon, which is higher than previous studies based on visual methods. The seasonal pattern likely correlates with typical reproductive timing of Delta fishes, but contrasts with findings from routine monitoring surveys. For instance, in the Yolo Bypass, less than 10% of total catch was composed of native fish during the same timeframe (i.e., December to June) (Mahardja 2016) and similar proportions were observed in other monitoring surveys in the northern Delta (Castillo et al. 2018). The current study postulates that this may be explained by the opportunistic feeding of striped bass, the unpredictable recruitment patterns of native fish in individual sampling years, or the possibility that stripers showing a preference for native fish. Based on genetic testing results, some predatory species were also observed as prey items, including striped, largemouth, and smallmouth bass, as well as Sacramento pikeminnow.

Two environmental factors were identified to be significant predictors of striped bass testing positive for Chinook salmon DNA: water temperature and conductivity. A previous study conducted by Schreier et al. (2016) identified turbidity as a significant indicator of Mississippi (inland) silverside predation on larval delta smelt. However, the current study does not indicate turbidity as a significant predictor of predation, as turbidity was much lower in upper regions which experienced the highest proportion of predation. The study also found that a higher proportion of striped bass with Chinook salmon DNA were encountered in upstream habitats with riprapped banks, narrower channels, reduced turbidity, and higher water velocities when compared to the tidally influenced downstream regions.

Of most importance, results from the current study help to address information gaps in Delta research that were identified by the delta smelt Management, Analysis, and Synthesis Team (2015). Notable findings include the prevalence of empty diet samples of predators throughout the region and, when not empty, the disproportionately high level of native species detected in the stomach contents of striped bass. This suggests that predation of soft-bodied prey items may be an overlooked component of piscivore diets when only visual identification methods are used, and genetic analysis is a valuable tool to illuminate this factor. Second, the significant proportion of predators consuming other predators (41.2% of total prey items identified) provides important data to inform the discussion about the potential efficacy of predator management efforts. While this study did provide a broad survey of predation on species of concern in the north Delta, both predator and prey abundances were not able to be estimated. The lack of this data precludes a better understanding of population level impacts from predation mortality. Future study designs utilizing this methodology should consider how best to utilize the available data (i.e., presence-absence data) to develop, at a minimum, relative abundance indices for the species involved.