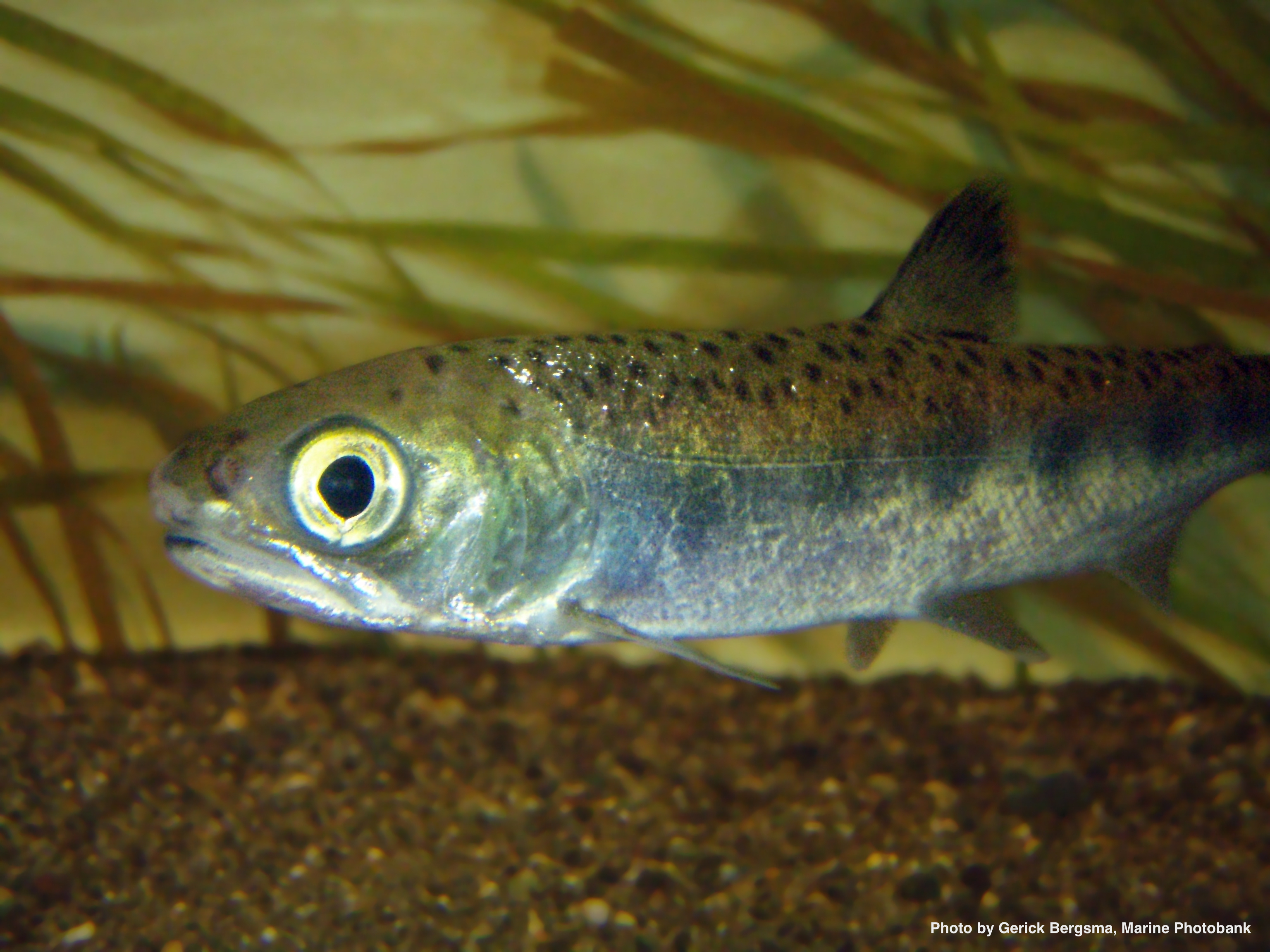 In today’s Flashback Friday we explore the life of the Atlantic salmon, a popular and endangered species of fish.

We recently scoured the scientific literature to determine which fish species have received the most attention from researchers. Atlantic salmon, Salmo salar, rounds out our series in third place, after rainbow trout and common carp, and is the only species in the top three that isn’t found in California waters – despite efforts to introduce the fish in the Sacramento, Trinity, Klamath and Smith rivers in the late 19th and early 20th century. Atlantic salmon have a life history more similar to that of steelhead than to Pacific salmon species: they remain in their natal rivers for a variable number of years before migrating to the ocean, but can also reach maturity as residents in freshwater. Ocean-going Atlantic salmon spend one to four years at sea before returning to freshwater to spawn and, like steelhead, some individuals survive the journey and make the trip more than once. Many wild Atlantic salmon populations have been severely diminished by habitat destruction and overfishing in their native range along the North Atlantic coasts of Europe and North America, and are now endangered. Less than 0.5% of the Atlantic salmon sold in markets comes from capture fisheries. But in something of a paradox, fish farming has created a market explosion in the cultured form of this otherwise endangered species.

Current research on Atlantic salmon is largely driven by the species’ use in aquaculture, and farmed salmon is now the most valuable aquaculture product worldwide. Aquaculture production of Atlantic salmon has experienced fast and steady growth since its inception in the 1970s and has exceeded combined landings of all wild-caught salmon species combined. As a result of the Atlantic salmon farming boom, this once-seasonal delicacy is now continuously found on dinner plates throughout Europe, Japan and North America (Norway alone produces about 15 million servings of salmon daily). A native of the North Atlantic, Atlantic salmon are cultured in marine net-pens in most places that offer access to protected, cold inshore waters, including Norway, Ireland, Chile, Canada and Australia. Touted by the aquaculture industry as a means of meeting consumer demand for seafood when most capture fisheries are depleted or at capacity, large-scale salmon aquaculture has also drawn the criticism of scientists, conservationists, and wary consumers. Concerns about large-scale salmon aquaculture are manifold, including the release of chemicals, medication, and waste into the ocean; parasite amplification; conflicts with other marine life; and the risk of competition between escaped farm salmon and native stocks. These risks have spurred efforts led by Native American Tribes and First Nations peoples to curtail the salmon farming industry in the Pacific Northwest.

Farmed Atlantic salmon are now very different from their wild counterparts, domesticated and bred to grow fast, be docile, mature late, and resist infection. It has been demonstrated that interbreeding between wild and escaped farmed salmon reduces the fitness of natural populations of the species, which are already struggling in their native range. Offspring of escaped farm salmon can displace wild parr, yet survive to adulthood at lower rates. The effects of escaped fish on wild Pacific salmon are also a source of concern, as Atlantic salmon are now farmed in multiple places in the Pacific Northwest. Just last summer, a major net-pen malfunction at Cooke Aquaculture resulted in more than 300,000 Atlantic salmon spilling into Puget Sound. Even though attempts to deliberately introduce Atlantic salmon in the Pacific Northwest in the first half of the 20th century never resulted in self-sustaining populations, many fear that escapees from salmon farms could spread disease, and prey on and compete with wild Pacific salmon on spawning grounds.

Despite some of the adverse effects and the inherent risk associated with Atlantic salmon farming, the industry can be credited with driving the science behind advances in aquaculture, and lessons learned could benefit the propagation and conservation of other endangered species. Technological innovations, such as infrared fish counters used to quantify salmon biomass in net-pens, have been adapted to monitor wild fish populations. And, of course, there is the affordable filet waiting at the local grocer. For better or worse, the salmon farming industry appears here to stay, and much has been done to make aquaculture practices more sustainable. As the industry seeks to further improve, the already extensive scientific literature on Atlantic salmon will continue to grow, hopefully including examples of wild population recovery and farming sustainability.