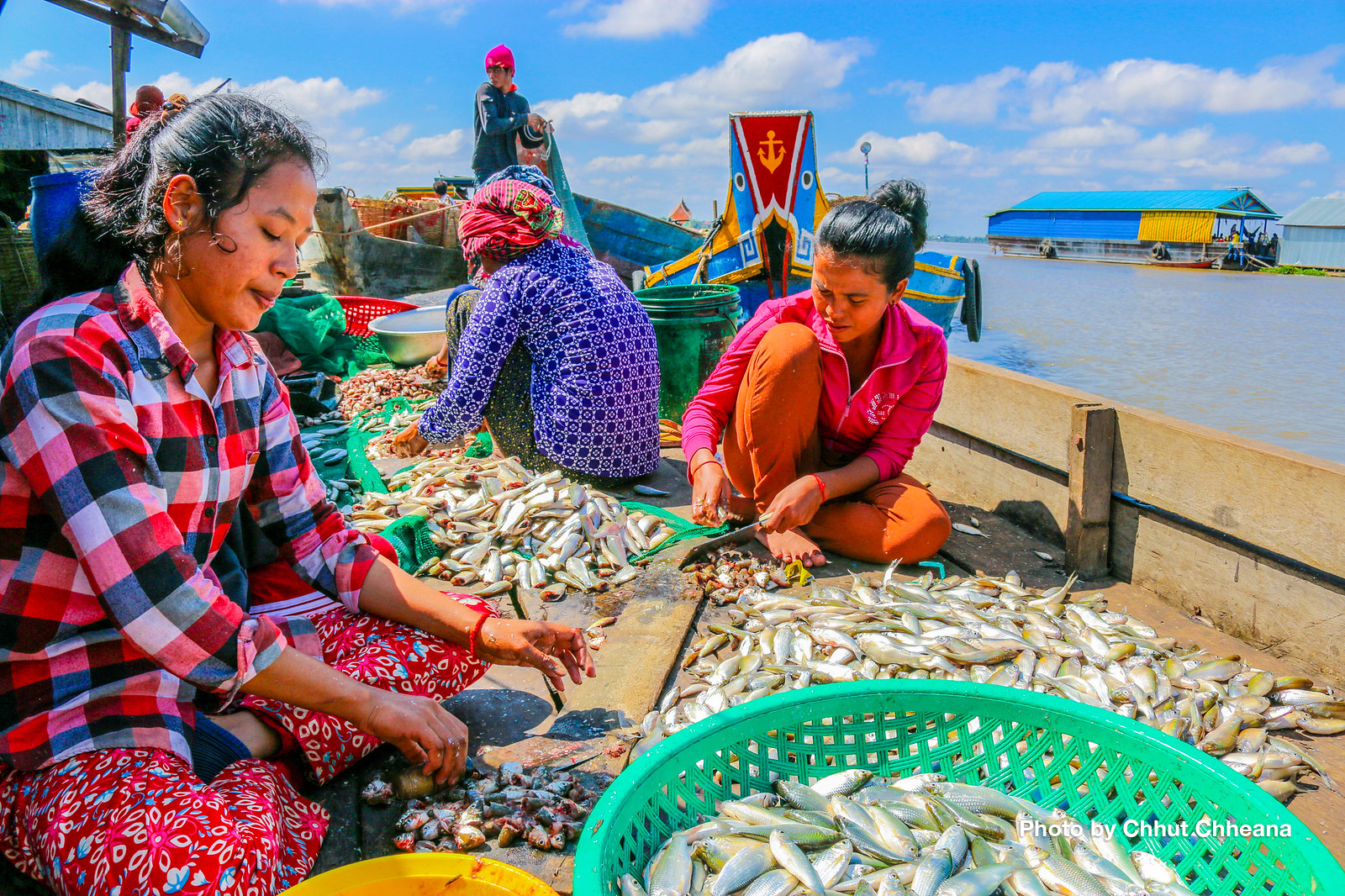 It is often assumed that the goals of conserving fish and exploiting them for food and income are fundamentally at odds with one another. For example, restricting fishing may help protect biodiversity but could hurt communities that rely on fisheries. However, cooperation among stakeholders in such environments has given rise to a synergistic “social conservationist” approach. A synthesis publication in the journal Aquatic Conservation: Marine and Freshwater Ecosystems highlights case studies of instances where stakeholders have come together to meet goals of both conservation and social and economic sustainability (Phang et al. 2019). Such success stories demonstrate that the agendas of conservationists and resource users are actually aligned in many ways. By exchanging knowledge and cooperating, these groups can help achieve food security, economic benefits, and ecosystem function.

Although difficult to quantify, the annual production of freshwater fisheries is estimated at 11,470,000 tons, a mass equating to over 62,600 jumbo jets. This quantity that provides food for billions and jobs for millions underscores the social importance of freshwater fish, which is paralleled by their ecological importance, as they make up 25% of all the vertebrate species on Earth. In spite of this, fish and fisheries are often not taken into consideration when evaluating freshwater ecosystem services. This valuable biodiversity is currently facing extinction rates on par with those that occurred during past global ice ages, largely due to the use and alteration of freshwater systems by humans. However, steps can be taken to address the challenge of conserving this diversity while simultaneously ensuring fisheries can continue sustainably. This publication describes cooperative efforts seeking to accomplish just that, including examples from Cambodia, Zambia, and Brazil, among others.

The Tonle Sap in Cambodia is a massive floodplain, and its fisheries provide food and jobs for millions of people. Facing declining catches, the government converted the traditional management approach of leased fishing lots to smaller zones designated as either community-managed fisheries or government-managed sanctuaries. In addition, efforts have begun to provide fishers with training on the new laws and how to effectively manage fisheries, and the Cambodian Government is implementing a co-management approach to allow fishers to be included in important management decisions. This promotes sustainable fishing practices, provides better compliance with the new legislation, and allows communities to establish their own conservation zones.

Kafue Flats is a wide plain along the lower Kafue River in Zambia. Over the last several decades, its biodiversity has faced increasing threats, the most significant of which is from dams that have reduced floodplain size and decreased annual fish production from 10,000 to 6,000 tons. Plans to upgrade an existing dam to produce electricity were expected to cause flow fluctuations that would have raised and dropped the water level by as much as five feet each day, which threatened to collapse both aquatic and terrestrial biodiversity. In response, stakeholders created community-based natural resource management boards to ensure resource use would benefit local communities. By bringing stakeholders together, this effort highlighted the value of ecosystem services provided by the Flats, thereby putting pressure on the national power company to seek a more holistic approach to electricity production.

The Rio Negro in Brazil is home to over 750 species of fish – of which 90 are found nowhere else in the world – and this flamboyant fish fauna has led to a large fishery for aquarium species. Captive breeding represents an emerging threat to this industry, and in response a community-based organization known as Project Piaba was created with the goal of ensuring that the aquarium fishery continues to provide jobs for people in the region. By limiting the negative impacts of fishing and ensuring sustainability, this fishery reduces involvement in more damaging livelihoods like timber harvest. Due to its success, the Project Piaba model is now used in other fisheries in Brazil and around the world.

These examples indicate that both conservationists and fishers care about biodiversity, productivity, and ecosystem health. The paper authors contend that freshwater systems are often managed primarily as a source of water for irrigation, power, and consumption, and that this approach fails to consider the economic, social, and ecological value of maintaining healthy fisheries. Improving partnerships between conservation efforts and fishery operations helps to ensure that freshwater ecosystems are developed sustainably. Fishers and conservationists are stronger together, and by cooperating can create balanced intersections between water, people and fish in the modern era.
This post featured in our weekly e-newsletter, the Fish Report. You can subscribe to the Fish Report here.