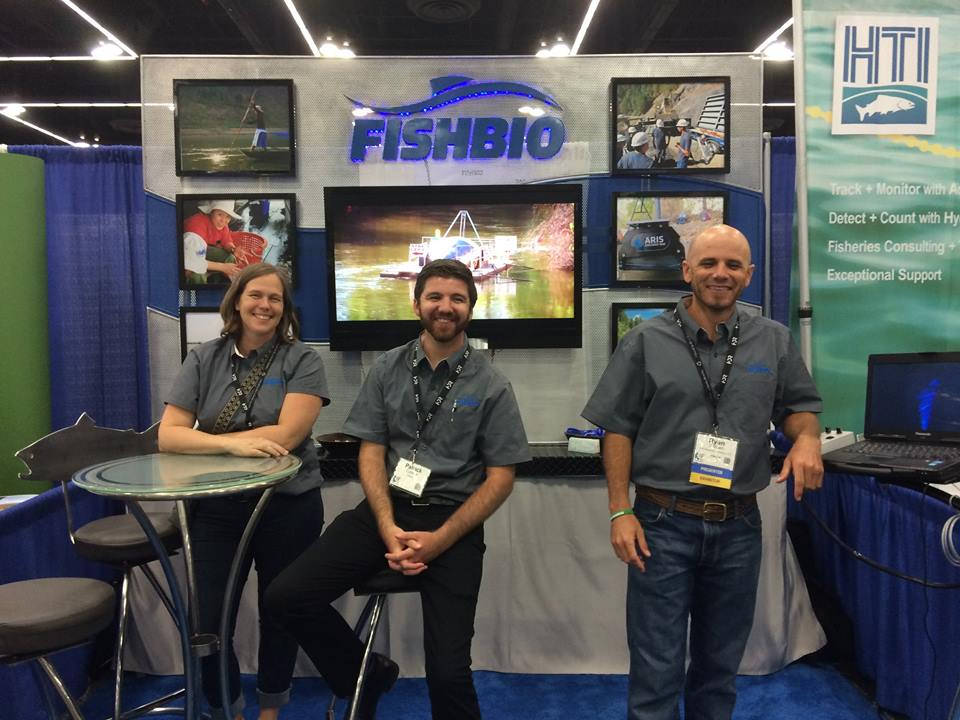 As 2015 draws to a close, we wanted to share some of our highlights of the year, and thank our partners, collaborators, and community for making our work so enjoyable. It’s been quite a year on the technology front. We debuted the Smolt Spy, our first fully custom-built piece of fisheries monitoring equipment. We then incorporated this technology into a novel rigid weir design, marking another fabrication and monitoring first. And we learned how to crank out PIT tag antennas in an efficient assembly line for a project in the Salinas River basin. We released a video review of the ARIS sonar camera and produced a film about our summer snorkel surveys in Big Chico Creek. We also traveled to Iceland to share and learn with other Vaki Riverwatcher representatives at the Vaki headquarters.

One of our biggest events of the year was attending the American Fisheries Society Annual Meeting in Portland, Oregon. It proved to be a highly successful experience, where we hosted two symposia, gave five oral presentations, and sparked many interesting conversations with our eye-catching, custom-designed conference booth. The highlight video we produced about the conference is currently featured on the American Fisheries Society website. The meeting was all the more memorable because our Lao colleague Sinsamout made the long trip from Asia to present at the conference, followed by a whirlwind tour of our California offices and several other adventures.

Our work in Southeast Asia also continues to grow. Our Lao office has expanded to a staff of five, and we settled into our new office location. We also traveled throughout the region and conducted our first fieldwork in Myanmar’s Indawgyi Lake and in seasonal wetlands in Vietnam. We helped sponsor the annual Fish Releasing Day event in Laos, and attended a number of regional meetings. We also helped establish another Fish Conservation Zone on the Mekong River, and conducted many fisheries surveys and community workshops throughout several rivers in the Laos.

FISHBIO Farms continues to expand, and this year marked the inauguration of FISHBIO Brewing. We built our own electric brewing system and have now developed six original beer recipes and counting. We created our FISHBIO magazine and released 17 new videos on our YouTube page. We also hosted our second 5K Salmon Run, and helped classrooms in Chico, Calif., construct a larger-than-life Mekong giant catfish that was the star of the parade at the Bidwell Park Endangered Species Faire. This year we cleaned both rivers and beaches during Coastal Cleanup Day, and also conducted a daring rescue of some stranded sheep and goats. It’s certainly been a busy year, and we have a number of exciting new projects on the horizon for 2016 that we look forward to sharing with you. We wish you all a happy holiday season, and hope you enjoy this video of highlights we put together to celebrate another successful year!