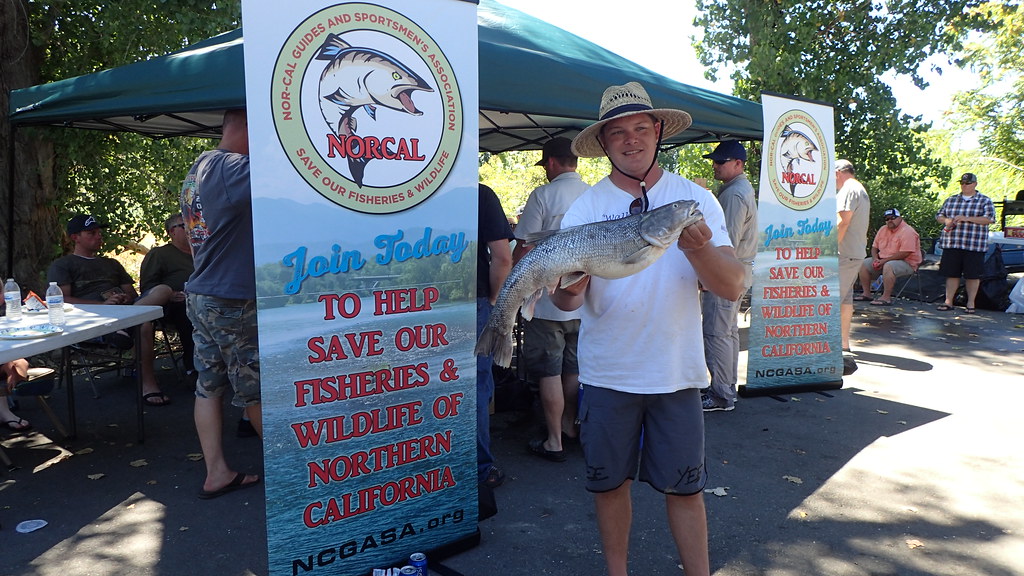 Predation is a normal component of a healthy ecosystem, and in California’s rivers, Chinook salmon evolved alongside a suite of native predators that include birds, mammals, and other fishes, such as the Sacramento pikeminnow (Ptychocheilus grandis, previously called “squawfish”). However, human alteration of the Sacramento–San Joaquin River Delta and its tributaries, as well as the introduction of a host of non-native predatory fish species, have made juvenile salmonids much more vulnerable to predation. Native Sacramento pikeminnow will readily consume juvenile salmon (Brown and Moyle 1991), and concerns about increasing pressure from pikeminnow predation emerged at artificial structures like the Red Bluff Diversion Dam in the 1970s and 80s (Tucker et al. 1998, Vogel et al. 2011), and in the Eel River, where pikeminnow were illegally introduced (Nakamoto and Harvey 2003). However, recent research has not found predation on salmon by pikeminnow further down in the Sacramento-San Joaquin Delta (Nobriga et al. 2006, Nobriga and Feyrer 2007). In contrast, salmon have been observed much more commonly in diets of non-native predators throughout the Central Valley (Thomas 1967, Nobriga and Feyrer 2007, FISHBIO 2013, Sabal et al. 2016). For instance, results of FISHBIO’s 2013 study of predation on the Tuolumne River found evidence of striped bass, largemouth bass, and smallmouth bass predation on juvenile salmonids, however, none were observed in the gut contents of sampled pikeminnow.

Still, concerns that recent drought conditions favored a burgeoning pikeminnow population in northern California prompted the Norcal Fishing Guides and Sportsmen’s Association (NCGASA) to host a Squawfish (Pikeminnow) Derby on the Feather River in June. The event was intended to remove some of these predatory fish to improve the odds for juvenile salmon making their migration to the ocean. Pikeminnow are highly opportunistic predators, eating whatever is handy. They are known to prey on several salmonid lifestages; disturbing salmon redds to scavenge for eggs and directly preying on smolts. The recent derby was organized to encourage fishing among local youth, and was also intended to raise awareness about the impact of predatory fish on juvenile salmonids. With recreational fishing experiencing declining participation in California, this tournament comes at an opportune time. The June derby attracted 61 anglers who removed 638 pikeminnow of all sizes from the Feather River. All of the fish caught were either eaten, used as fertilizer in gardens, donated to dog food plants, or used as bait to catch more fish. Trophies and cash prizes were awarded for the biggest and smallest fish, the most combined weight, 20” fork slot, and a junior division for most or largest fish. 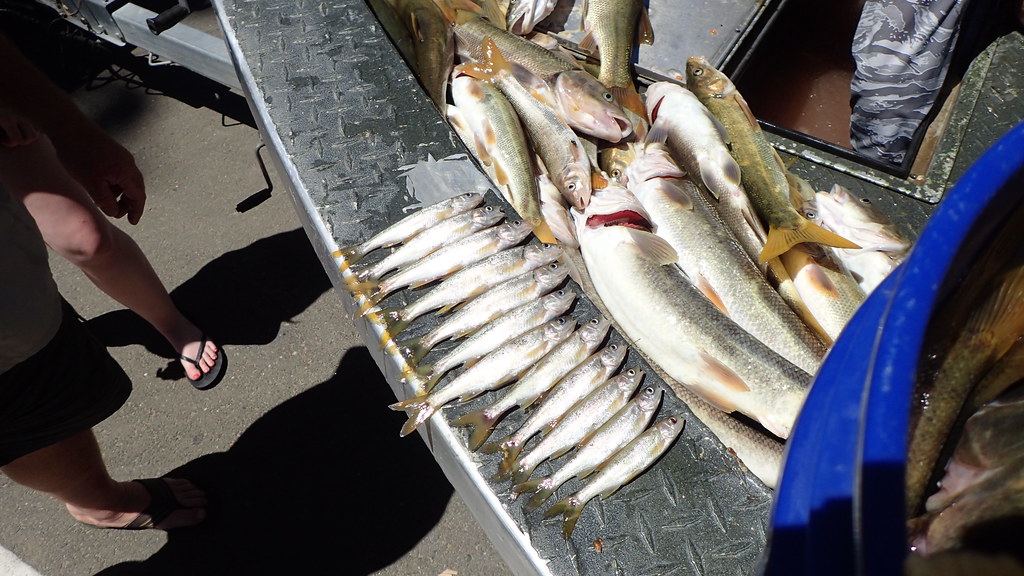 Several efforts to help increase native salmon populations across the western United States include the reduction of predatory fish populations. Ongoing programs in both Washington and Oregon rely on recreational anglers for predatory fish management, including a sport-reward program that gives cash rewards for each pikeminnow caught. Studies on this program suggest it has helped reduce juvenile salmonid predation by up to 40 percent compared to predation levels before the program started (Storch et al. 2013).  The NCGASA pikeminnow derby represents a similar foray into targeted fishing for predator reduction in California, and the organization hopes to make it an annual event with increased outreach to the community. The NCGASA have also expressed their desire for the California Fish and Game Commission to initiate some form of pikeminnow management plan. Beyond just being a hobby, recreational angling can be an effective tool to meet fisheries management goals, such as the preservation of a declining species. The National Marine Fisheries Service (2009) stated predation is a major stressor for endangered winter-run Chinook salmon, and that reducing the abundance of striped bass and other non-native predators must be achieved to prevent extinction or irreversible decline. The NMFS Final Recovery Plan for salmon and steelhead (NMFS 2014) included actions to evaluate whether predator control (e.g., fishery management or directed removal programs) could be effective at minimizing predation on juvenile salmonids. While derby efforts to keep native predators in check is a place to start, such events could potentially include a host of other non-native predators to help give native salmon a more effective edge.