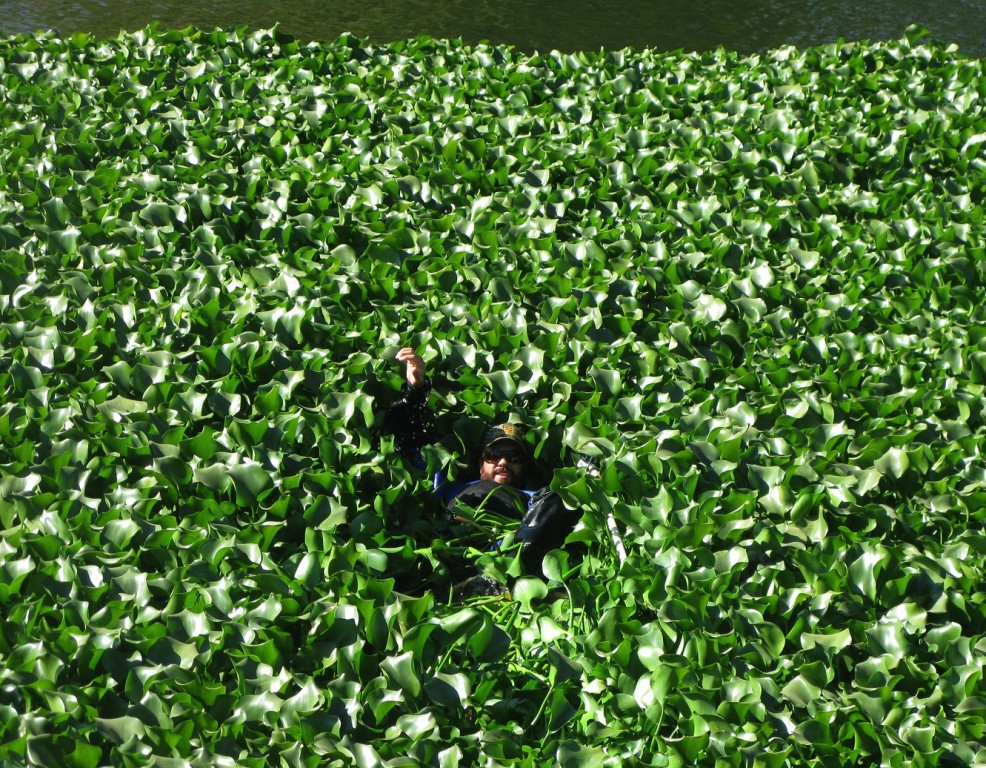 The rich green foliage and delicate flowers of water hyacinth (Eichhornia crassipes) may appear ornate and decorative in backyard ponds, but the vigorous growth of this South American native plant has caused severe economic and recreational impacts, and also threatens local biodiversity, on all continents except Antarctica. Water hyacinth clogs waterways and irrigation canals, reduces oxygen levels in surface waters, and crowds out native species. Its dense mats reduce light penetration, which lowers photosynthesis and productivity at the base of the food chain and subsequently reduces food sources for native fish species. Immensely expensive to control (hyacinth management in China alone was estimated to cost more than $1 billion annually), the species has earned the dubious honor of inclusion among the world’s worst invasive alien species, as compiled by the International Union for Conservation of Nature, and designation as a “weed of national significance” (applied by the Australian government to 20 noxious species of extreme invasiveness based on their potential for spread and economic and environmental impacts).

Dense mats of this free-floating plant, which are able to double in size in less than two weeks under favorable conditions, have become a familiar – and worrisome – sight in some areas of California’s Central Valley. This is particularly true in the Sacramento-San Joaquin Delta, where water hyacinth was introduced near the beginning of the 20th century. In fact, the species has become so abundant that the California Division of Boating and Waterways considers it too well established for eradication, and herbicides are used to control the abundance of water hyacinth when no undue risks to special-status species or subsequent human water uses are anticipated. 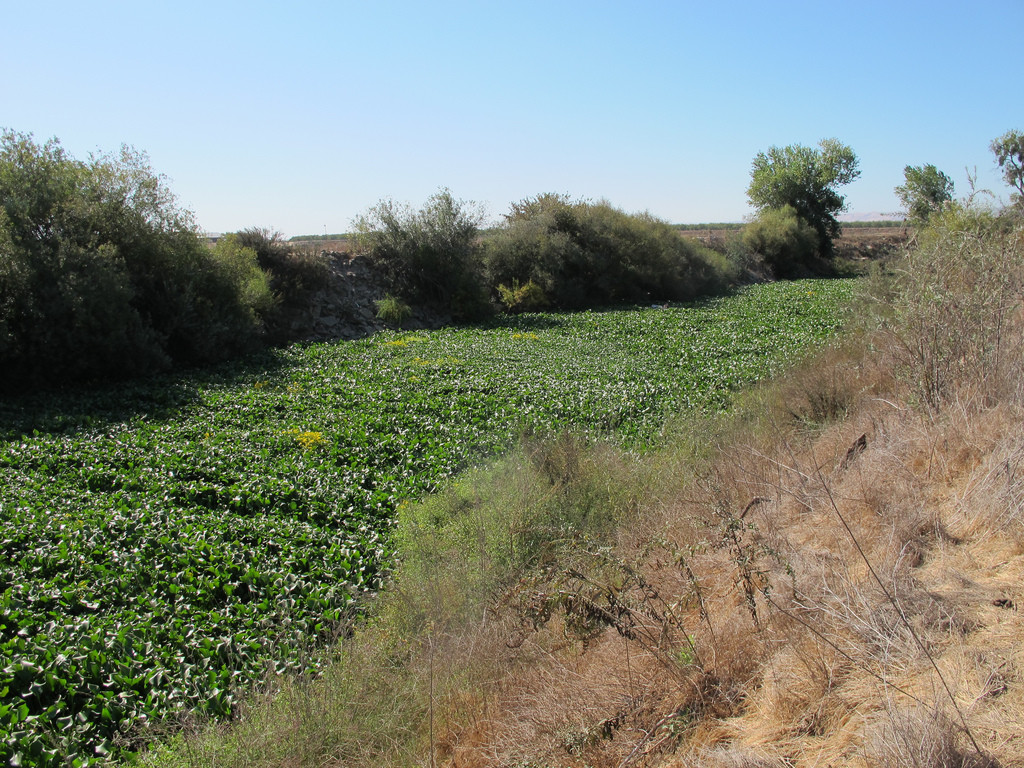 Physical removal is perhaps the most effective method for short-term control of water hyacinth in small bodies of water, yet the high cost of mechanical removal limits its application in most infested waterways. Control of the species’ abundance through harvest for practical uses is limited, and though water hyacinth meets the criteria for bioenergy production (as a perennial, abundant, bio-degradable, and high-cellulose plant), technical and logistical challenges imposed by the plant’s high water content prevent commercial-scale harvesting for methane production (Ndimele et al. 2011). In recent years, biological control measures involving Amazonian weevils, moths, and fungal pathogens have been implemented in various locations to successfully reduce the abundance of hyacinth to levels that are no longer problematic, while other bold (and perhaps less than realistic) ideas of releasing pig-sized, semi-aquatic South American rodents with a penchant for consuming water hyacinth remain to be tested.

While both Chinook salmon and water hyacinth are widely distributed, the Central Valley may be the only place where these two species collide. The presence of hyacinth can alter the composition of native plant and animal communities, and associated changes in invertebrate abundance affect the food base available to rearing fishes in the Delta (e.g. Toft et al. 2003). However, the effects of hyacinth on salmon are unknown, likely due to the relative rarity of such interactions. How returning Chinook salmon may react to “green tunnels” created by the free floating plant, as observed stretching from bank to bank on the lower Tuolumne River earlier this fall (pictured above), remains to be investigated.