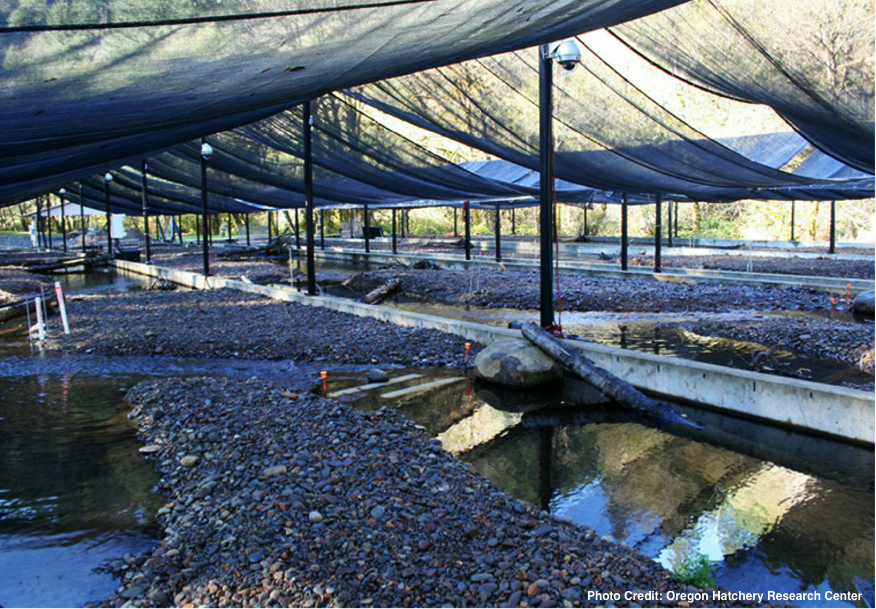 Stocking from fish hatcheries has become standard practice in salmonid fisheries management: we rely on hatcheries to provide a consistent supplement to our native sport fish stocks in an ever-changing world. In the Columbia River for example, approximately 80 percent of returning adult salmon and steelhead originated from more than 70 different hatchery facilities (FWS 2013; DFW 2013). Recreational anglers are accustomed to eagerly searching their most recent catch for a clipped adipose fin (used to distinguish fish of hatchery origin) to see if they can take their latest ‘fish story’ home. While some reliance on hatcheries is generally an accepted norm, biologists have questioned whether hatchery-raised fish are really the same as wild fish – and whether hatchery rearing environments can be modified to decrease the dissimilarities. 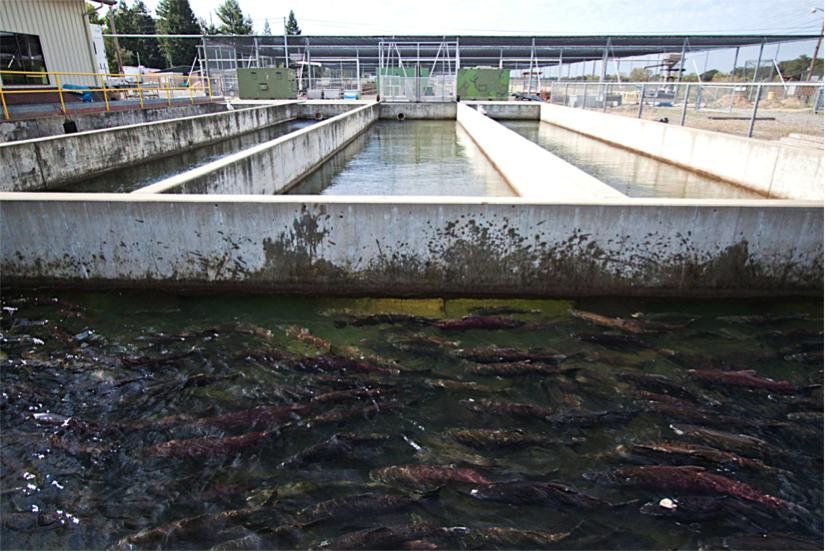 How can a hatchery and wild fish differ when they look the same? In fact, many young hatchery fish grow bigger and fatter than their wild counterparts, and research shows that a hatchery fish raised ‘shoulder to shoulder’ in a cement raceway, with steady meals and no predators, can actually develop notable differences compared to a wild fish – which isn’t good news. These differences can include smaller brain size (Marchetti and Nevitt 2001), reduced predator avoidance (Johnsson and Abrahams 1991), and lower relative fitness (Eldridge 2007), to name a few. To put things in context: it’s not a stretch of the imagination to think that a person raised in the city who is then forced to go live in the woods might have a more challenging time than, say, TV survivalist, Bear Grylls. While a river may appear beautiful to the eye, it can present a daunting environment for a hatchery fish upon introduction.

In an effort to bridge the gap between wild fish and hatchery fish, researchers are exploring naturalized hatchery rearing environments that more closely resemble a river (Noakes and Corrarino 2013). The fish are provided with brush, canopy, substrate, moving water, and even a predator or two. They also are forced to find their own food, such as invertebrates occurring naturally within the hatchery channels. Other revisions include lower rearing densities and total fish production goals compared to existing hatchery practices. While a more naturalized rearing environment may produce fewer fish, it might actually result in a greater return of hatchery fish that better resemble their wild counterparts in behavior. This kind of thinking is part of an effort by researchers to look for innovative ways to protect our valuable natural resources. Fish supplementation might always be a part of our stream management practices, but hatcheries of the future could look quite different than they do today. 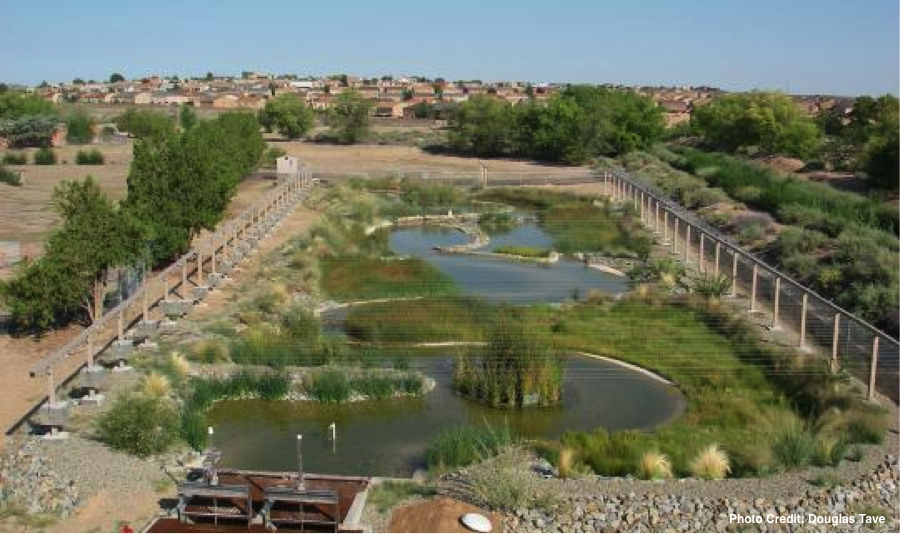