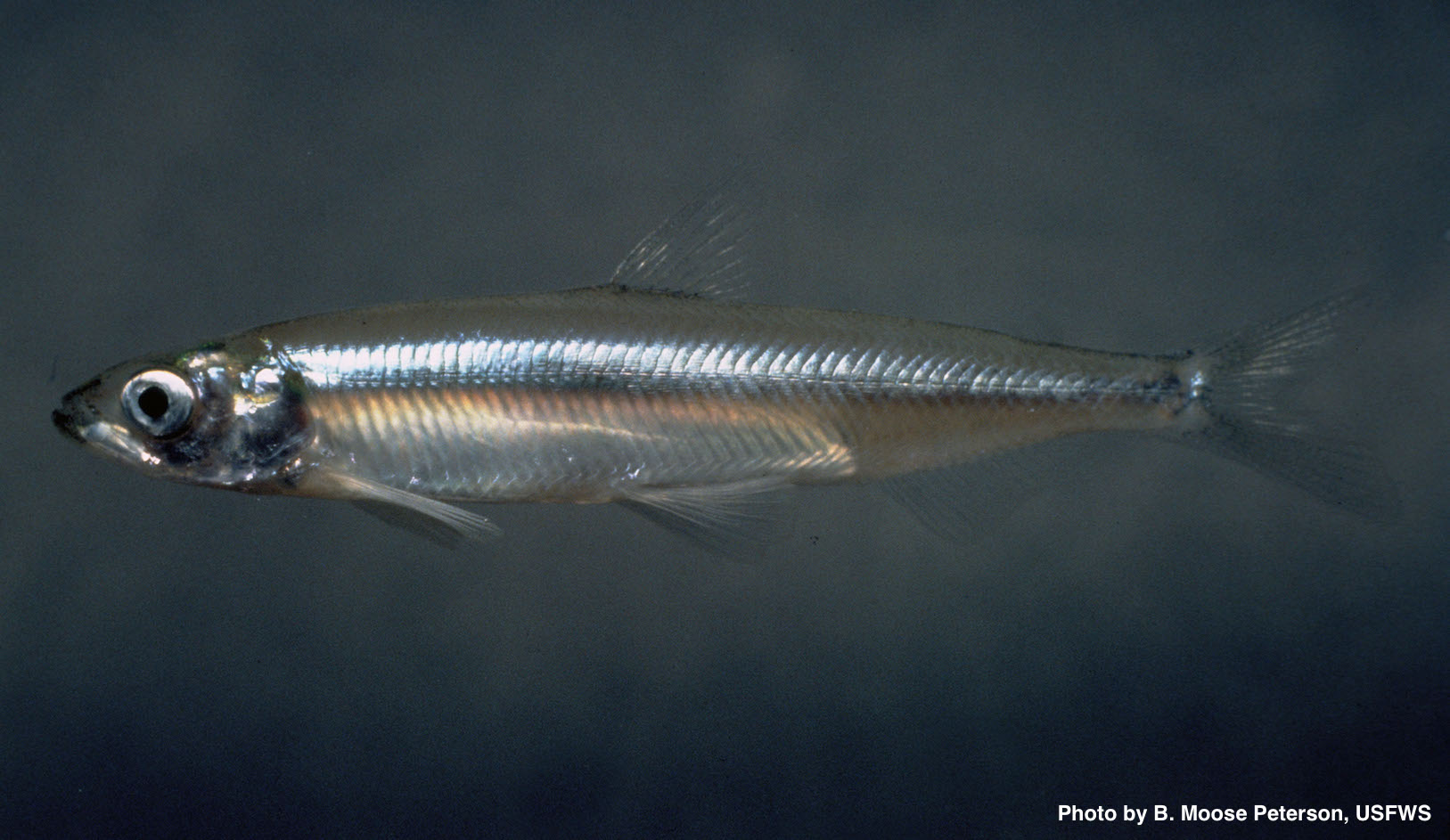 The beleaguered delta smelt continues to decline in California, leading some experts to believe it will soon be extinct in the wild. Meanwhile, scientists have successfully cultured delta smelt in captivity, prompting the question of whether releasing these captive-bred delta smelt could offer hope for the endangered species. A workshop held in Davis, California, in May explored how to move from using hatchery delta smelt in experiments to supplementing fish in the wild. The workshop was hosted by the California Department of Water Resources as part of the Delta Smelt Resiliency Strategy, and followed a previous meeting examining whether delta and longfin smelt extinction was inevitable. The extinction workshop, held in 2016, found a surprising consensus that cultured smelt should be considered part of the species recovery tool box. While hatcheries can be a useful tool, they are not without risks, such as the transfer of pathogens, competition with wild fish, disrupting natural spawning, and reducing reproductive fitness or genetic diversity. Despite these concerns, the recent hatchery workshop concluded that action on this topic is required soon, and discussed potential pathways forward.

The Fish Conservation and Culture Lab operated by the University of California, Davis, has been culturing delta smelt in Byron, California, since 1996. The facility produces about 20,000 delta smelt per year, which are used for studies in a delta smelt refuge program, and in aquaculture, research, and collaborative programs. The director of the culture lab described the great lengths taken to maintain the genetic diversity of this hatchery population, including parentage analysis and pedigree reconstruction to minimize inbreeding. As a result of these efforts, UC Davis researchers have concluded that the captive delta smelt population is currently genetically similar to the wild population. However, the longer we wait to release these fish, the more difficult it will be to maintain this diversity: the smaller the wild population, the more likely reintroduced fish will swamp their genetic diversity.

Speakers from other supplementation programs around the country offered advice from their experiences. A representative from the Tennessee Aquarium, which has had experience reintroducing numerous native endangered species (including lake sturgeon, Barrens topminnow, and southern Appalachian brook trout), talked about the importance of outreach. Despite reintroductions, the public needs to understand the importance of addressing factors that led to a species decline in the first place, so that supplementation is not needed in the long term. Lessons learned by the U.S. Fish and Wildlife Service from the Central Valley’s Winter-run Chinook Supplementation Program include the importance of a sound program vision, well-conceived hatchery facilities, and ensuring monitoring and evaluation of the reintroduction program. In the Columbia Basin, white sturgeon reintroduction has highlighted the need for strategies to minimize the risks posed by hatchery fish, and underscores that hatchery supplementation is just one of multiple approaches needed to address species recovery.

A panel of researchers outlined several key questions that can inform a supplementation program, such as the minimum viable population size, the survival of hatchery delta smelt, the optimal age they should be released, and the implications of reintroduction for habitat restoration. A long conversation discussed how to address the delta smelt’s low tolerance for warmer waters given predictions of Delta water temperatures under climate change scenarios, and whether to select for hatchery fish with higher water temperature tolerances. One speaker suggested that hatchery delta smelt could be used to look at contaminants in different regions of the Delta, which could help tease apart the effects of multiple stressors from habitat loss.

Given the extent of research on cultured delta smelt, some speakers suggested that moving forward is now a largely an issue of policy and management, such as determining who will take the lead in applying for reintroduction permits. Speakers discussed the need to build consensus among stakeholders on the fundamental objectives of reintroduction as a next step for moving forward with a plan. There appears to be a reasonable consensus on the urgent need to utilize captive delta smelt, while recognizing that successful reintroduction requires a long-term commitment and thoughtful planning. A publication and work plan are currently being developed to summarize the workshop findings, and more developments are likely to emerge soon around the pressing topic of delta smelt reintroduction.