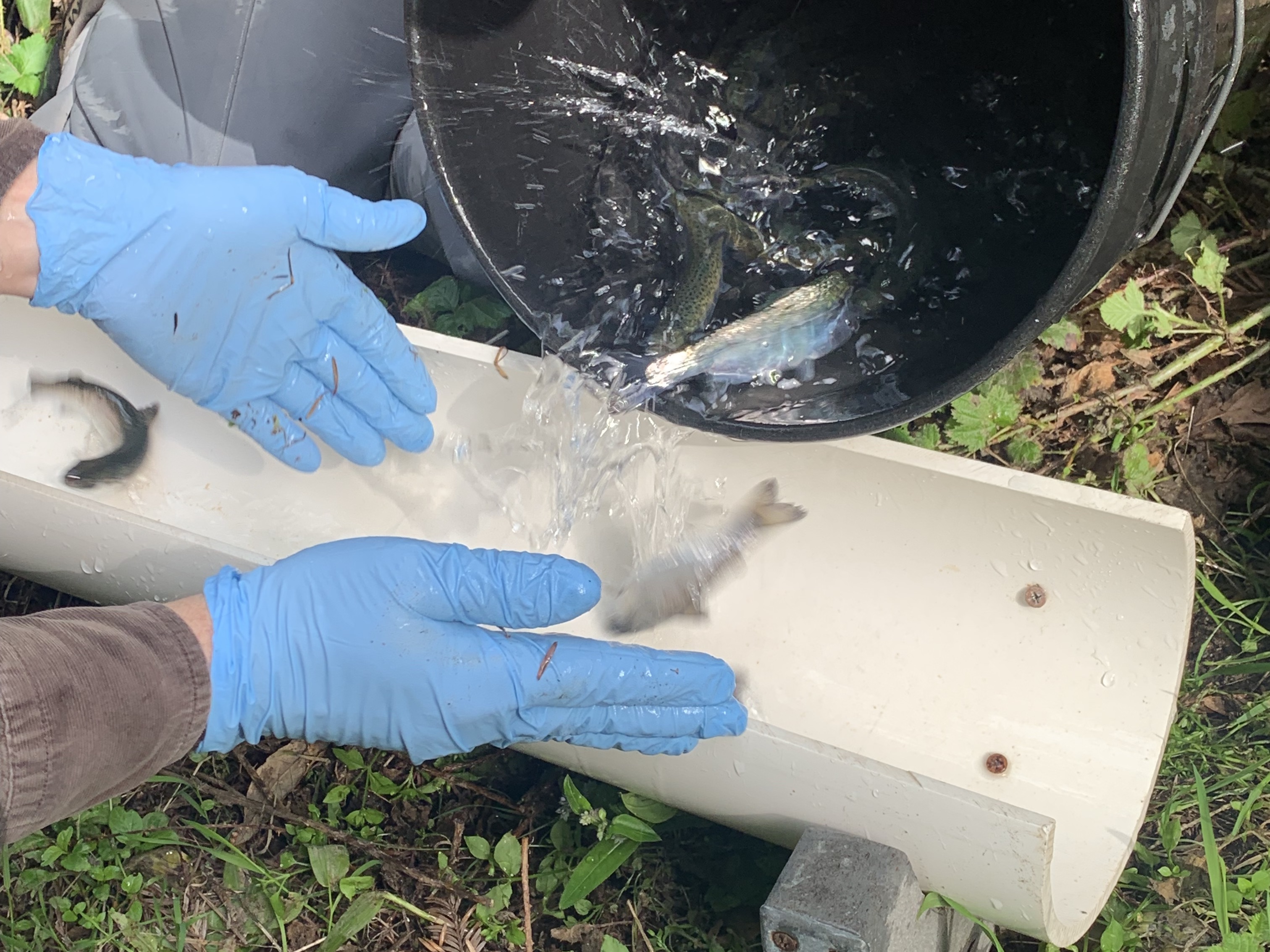 Coho salmon (Onchorynchus kisutch) may be the overshadowed cousin of “king” Chinook in California, but are certainly deserving of some time in the spotlight. Like Chinook, coho face an array of challenges in the form of habitat loss and human-caused changes to their home rivers. However, unlike Chinook, which have had their populations boosted by billions of hatchery-produced fish, coho have not been stocked en masse, and their populations have experienced precipitous declines. As a result, the group of Central California Coast coho known as an Evolutionarily Significant Unit (ESU) were listed as Threatened under the Endangered Species Act in 1996, and this listing was upgraded to Endangered in 2005. Fortunately, there are efforts underway in Scott Creek, located just north of the city of Santa Cruz, to help restore a critical population of this coho ESU with the help of a conservation hatchery.

Winding its way among the redwood-shaded valleys of the Coastal Range, down through sand dunes and into the Pacific Ocean, Scott Creek has a watershed of only 30 square miles, yet contains 13.9 miles of potential salmon habitat. Though small, this coastal stream nevertheless hosts important populations of both coho salmon and steelhead (Oncorhynchus mykiss). Since 2001, a collaborative program between the National Oceanic and Atmospheric Association (NOAA) and the Monterey Bay Salmon and Trout Project (MBSTP) has operated a conservation hatchery for coho on Big Creek, a tributary of Scott Creek. Adult coho returning from the ocean to spawn in the watershed are collected and brought to the hatchery, where their DNA is collected and analyzed. Using this information, the hatchery personnel act as matchmakers and select spawning pairs of coho to both maximize genetic diversity and prevent inbreeding. The hatchery is capable of producing as many as 35,000 coho smolts; if 2% of these survived to adulthood, t an expected 700 would return as adults, which is believed to be the maximum population the watershed could support. However,  ocean survival is often lower than 2%, and adult returns are significantly beneath this maximum. A stable adult return of 255 individuals is NOAA’s goal for down-listing the population to threatened, and a stable return of 510 individuals is the target for population recovery. Numbers of coho returning to Scotts Creek have typically ranged from just five to 30 fish since 2007, underscoring the need for a helping hand. 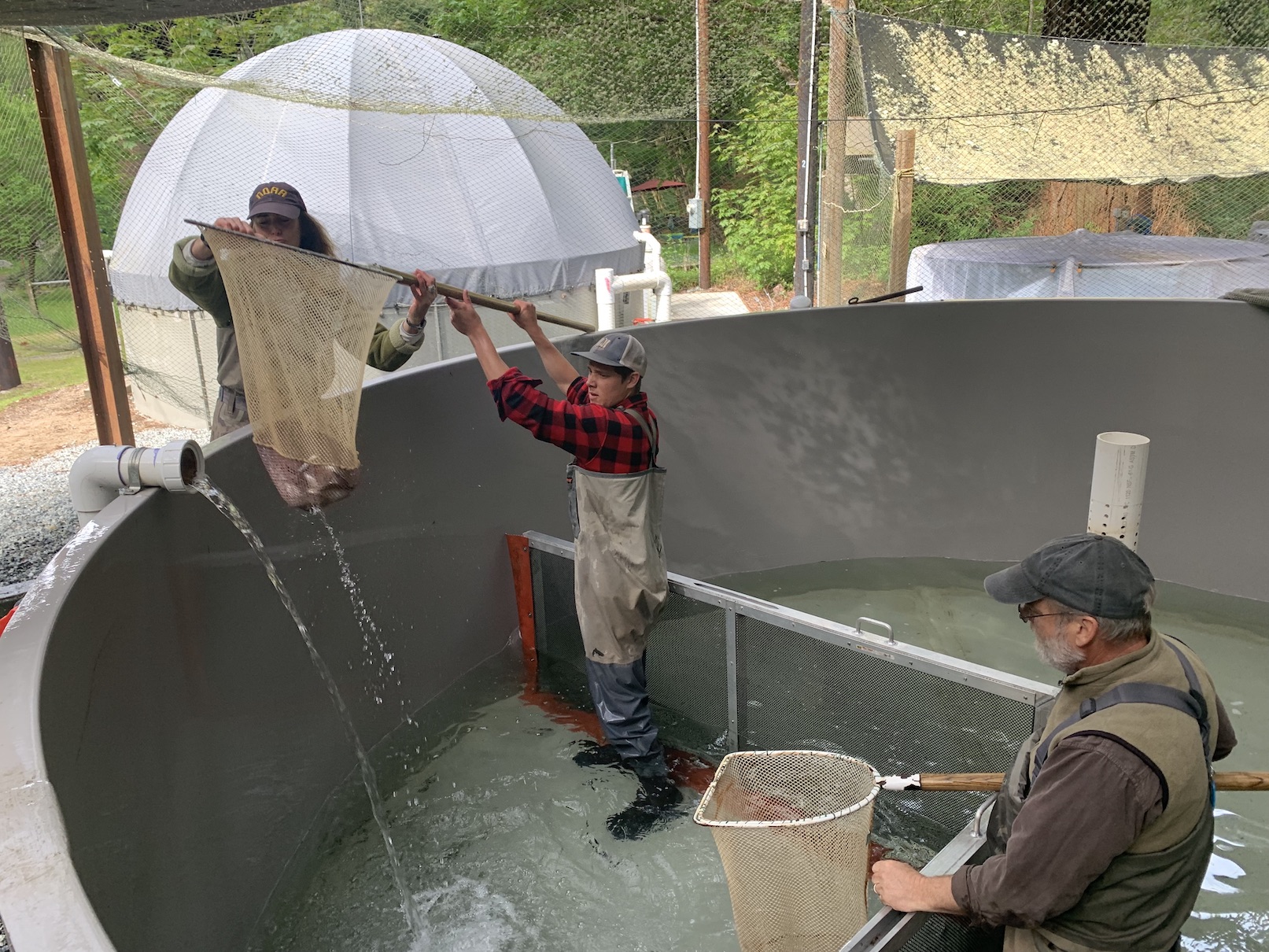 To increase the chances that juvenile coho from the hatchery will return to Scotts Creek three years later as spawning adults, the smolts are released in small groups in suitable habitats throughout the stream to imprint on its waters before  making their way to the ocean. The hatchery conducts several releases each spring, and on April 19th our Santa Cruz team tagged along as approximately 2,500 smolts were moved from the hatchery into the creek with the help of a large field crew. First, a subset of the smolts were checked for passive integrated transponder (PIT) tags with a tag reader, and scanned for coded wire tags (CWTs) with a metal detector. PIT tags are implanted in a set proportion of the smolts and can be detected when a tagged fish swims past antennas laid across the river bed . In contrast, coded wire tags are essentially a unique “name tag” that are implanted in the snouts of all  smolts and can only be recovered from a carcass or by sacrificing a fish. Knowing the proportion of released fish that are marked with each type of tag helps NOAA scientists estimate survival when the coho return as adults.

After scanning, the crew loaded all the smolts into a transport tank mounted on a truck, which was then driven to several sites along the creek, and a portion of the smolts were released at each location. This required a team of people to carry buckets from the truck to the stream, and a second team manning a trough on the streambank that functioned as a smolt water slide. A PIT tag reader was placed around the end of the trough and juveniles were carefully poured in, sliding down into the creek one at a time so the release location of all PIT-tagged individuals could be recorded. California’s Central Coast represents the extreme southern end of the coho salmon’s range, which places them on the front lines of climate change. The struggles facing the species here will likely be a harbinger of what is to come for more northern populations in the future. This means that much can be learned about the coho’s ability to adapt by studying populations like the one in Scotts Creek. Thanks to the dedicated work of government agencies, non-profits, and private citizens, California coho are being given a fighting chance, and may one day make their annual pilgrimage to Central Coast streams again. 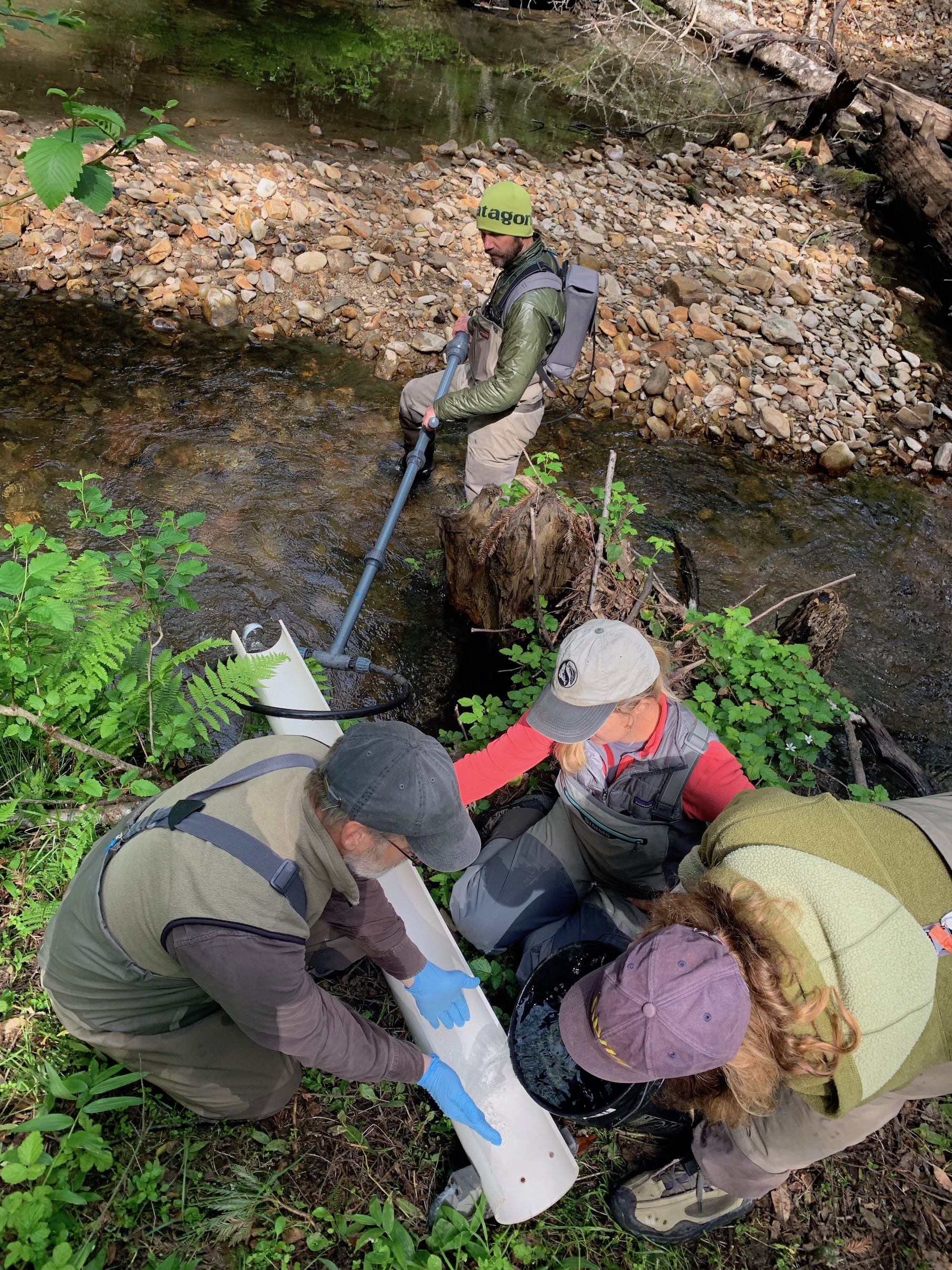