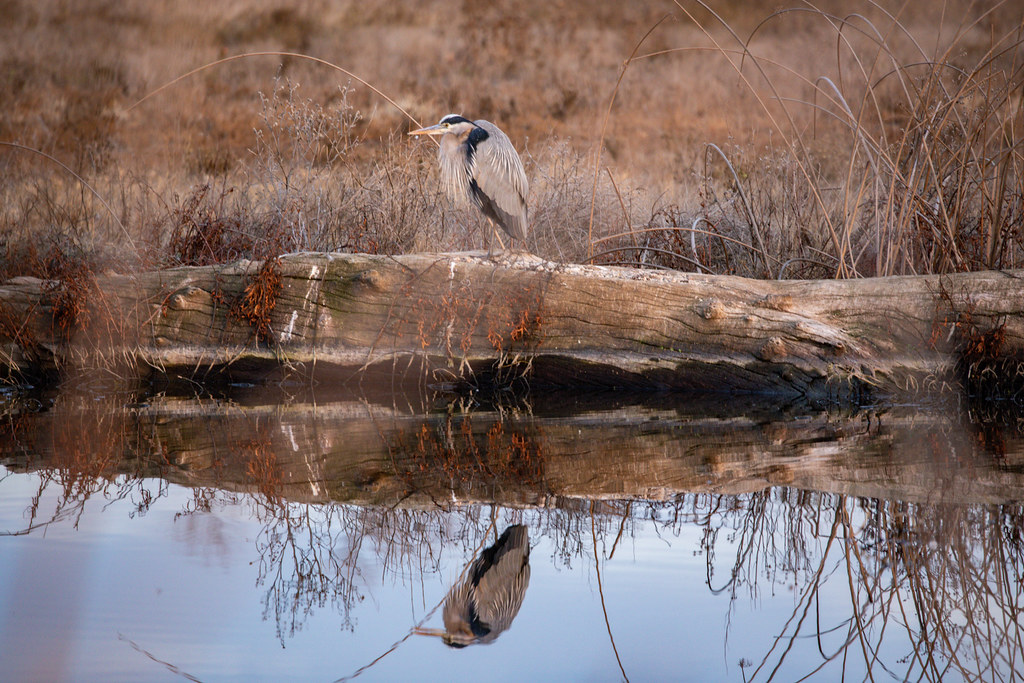 Juvenile salmon smolts migrating to the ocean are a dietary staple for everything from fishes to mammals to birds. Such predation affects how many salmon survive their journey to the ocean, but estimating the impacts of this pantheon of predators on smolt survival can be challenging. Things get particularly tricky when trying to assess avian predation, as birds can travel large distances very quickly, and remove the fish they prey upon from the river, along with any identifying tags they contain. However, recent studies have begun to use passive integrated transponder (PIT) tags to assess the impact of avian predators on juvenile salmonids. One such study recently applied this approach to a less studied but abundant feathered predator: the Pacific great blue heron (Ardea herodias fannini). By recovering PIT tags from heron rookeries along three British Columbia streams, researchers were able to determine that herons consume a large number of outmigrating juvenile salmon, and that these salmon snacks may be critical to successful rearing of chicks (Sherker et al. 2021).

Salmon tracking studies have suggested that more than half of smolt mortality occurs prior to reaching the ocean, and predation is suspected as the main contributor. Although birds are known to have a significant impact on outmigrating salmon, the role of Pacific great blue herons had not previously been studied, despite their ubiquitous presence along salmon streams. Known for feeding on small fish in streams and estuaries during their breeding season from March to June, these large birds rove the shallows for unsuspecting baby salmon. To better understand the impact of these piscivores on outmigrating smolts, the recent study searched for PIT tags from wild and hatchery Chinook salmon (Oncorhynchus tshawytscha) and hatchery coho salmon (O. kisutch) in droppings from multiple nesting areas, or “heronries”, in 2017 and 2018.

The study focused on the Cowichan, Big Qualicum, and Capilano rivers in British Columbia, where salmon smolts implanted with PIT tags have been released annually since 2008. Because these PIT tags can pass through a bird’s gastrointestinal tract unharmed, searching for them in bird droppings can be an effective means of identifying predation events. The researchers used PIT tag detections to estimate the annual rates at which the herons were consuming juvenile salmon. They also assessed a variety of other factors, including river flow, the size of the smolts at release, and hatchery versus wild origin, to see if any of these made smolts more or less susceptible to heron predation. 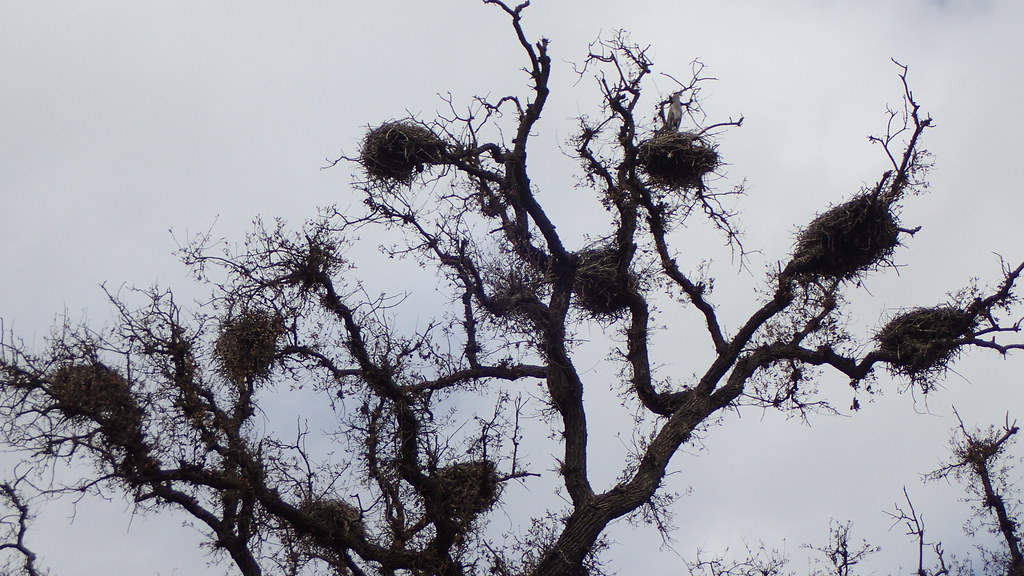 In total, 1,205 PIT tags were detected in the heronries, accounting for approximately 1% of all tags released in salmon smolts. When correcting for undetected tags (or tags that herons deposited outside of the heronry) the researchers estimated that annual heron predation rates were equivalent to approximately 1–3% of outmigrating smolts. The majority of the detected tags (52.4%) were from fish that were released in 2016 – a critically low water year – suggesting that lower flows may have made smolts more susceptible to heron predation. Further, smaller smolts were more likely to be consumed than larger ones, but there were no significant differences in the predation rates of wild and hatchery Chinook smolts. Using their data alongside published information on heron food requirements and smolt nutrient value, the team estimated that 5.6% of heron chick energy requirements on average could be provided by predation on hatchery smolts, which would represent an average consumption rate of 116 smolts per nest across all years and heronries.

This study represents an important first look at the impacts of a notable salmon predator, and in turn reveals the importance of salmon in the rearing of heron chicks. TThe authors posit that the benefits of this predator-prey interaction may go both ways, as herons preying upon smaller smolts may help free larger smolts from competition and allow them a better chance at survival to adulthood. Studies like this one offer insight into the complex food web dynamics that connect many species to snack-sized young salmon, and the role they will play in salmon population recovery.
This post featured in our weekly e-newsletter, the Fish Report. You can subscribe to the Fish Report here.