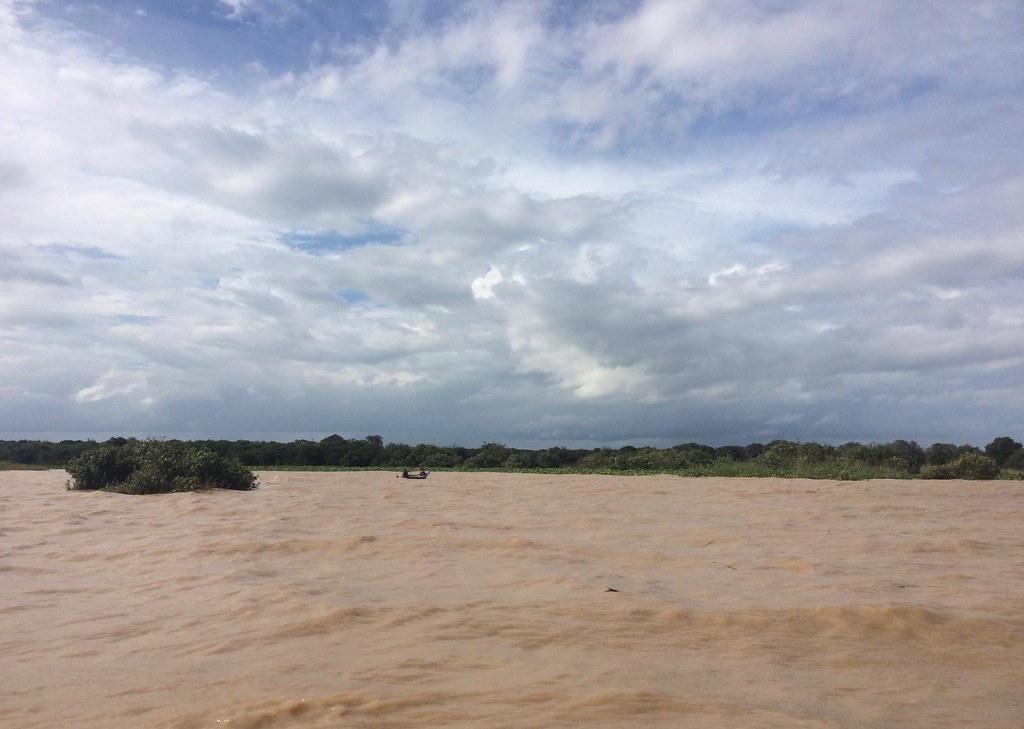 Freshwater lakes provide important resources for people around the world, including water for human consumption, irrigation, and electricity generation, as well as fisheries that are a source of food and income for millions of people. Despite their immense social, cultural, and economic value, understanding of lake fisheries is very limited, particularly in Africa, Asia, and South America, where few data are available. This lack of fisheries knowledge presents significant challenges for management, as it is unclear how fisheries will respond to human development and climate change, which are significantly altering lake conditions. In an attempt to address this gap in understanding, a global team of researchers undertook a study to assess how climate and land-use change may impact fisheries in freshwater lakes (Kao et al. 2020). Although their findings suggest that the effects vary significantly by region, the authors detected a connection between human access to clean water and fishery resilience that could be key to conserving important lake fisheries worldwide.

Changes in climate and land-use generally take place over long periods of time, which means determining how they impact fisheries requires data collected over many years. Such long-term data can be a challenge to find for lake fisheries, so the authors of this study enlisted the help of scientists all over the world to gather information. Through their efforts, data covering the 44-year period from 1970 through 2014 were located for 31 lakes scattered across North America, South America, Europe, Asia, and Africa. These lakes, including Cambodia’s Tonle Sap Lake shown in the photo above, support a great variety of fishery types, and experience very different climates and patterns of land-use. This variety allowed the scientists to construct a model to evaluate whether projected changes to climate or land-use may impact lake fisheries in distinct regions differently. A major goal of this process was to identify those regions that may be most vulnerable to projected change.

As might be expected for an analysis covering such a wide variety of lake habitats, the results were complex. Importantly, climate change and land-use change were determined to have strong effects on lake fisheries, but the nature of these effects varied by lake. For example, in eight of the lakes studied, warming air temperatures were associated with a substantial decrease in fishery catch, whereas in eight different lakes, colder air temperatures were associated with a fish catch decrease. Complicating things further, changes in many of the variables were driven by changes in other variables, and the nature of these relationships also varied by lake. For example, simulated relationships between air temperature and chlorophyll – a measurement of productivity – found warmer temperatures to be associated with higher chlorophyll levels in some lakes and lower chlorophyll levels in others, while still others exhibited a mixed relationship. Although the lakes were analyzed collectively and the authors caution against interpreting lake-specific results, the predictions made by this model could be used to inform future studies focused on specific lakes.

An analysis to detect factors that increased the scale of climate and land use changes associated with fishery declines did reveal a common pattern: lake fisheries in regions where people have less access to clean water are more vulnerable to land-use and climate-caused decreases in fish catch. Specifically, negative fishery impacts from changes in air temperature, precipitation, and agricultural land-use were found to be characteristic of lakes in regions with low access to clean water. This suggests that efforts to improve water quality may provide the added benefit of making lake fisheries – as well as the food and jobs they provide – more resilient in the face of future changes.