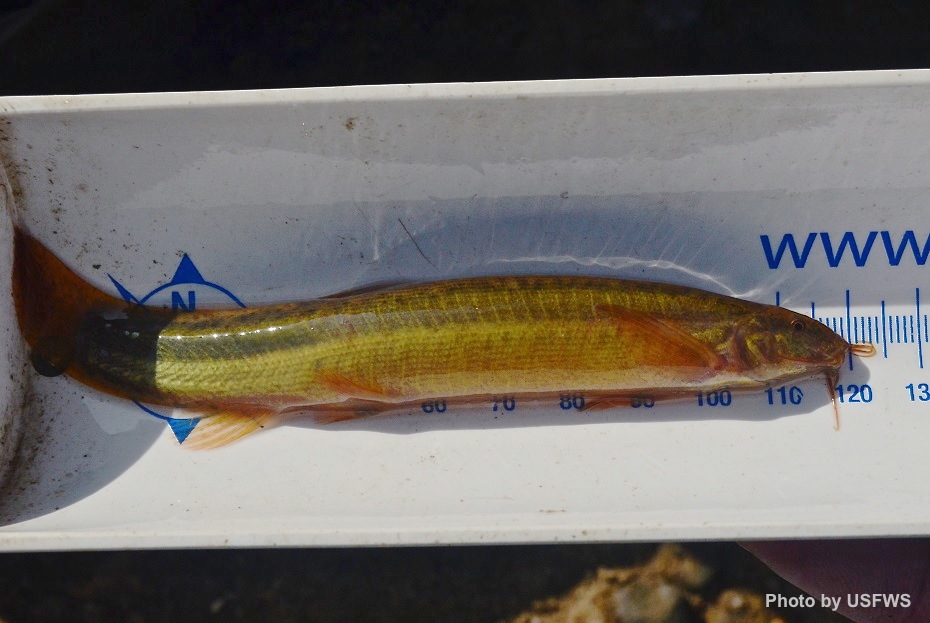 While invasive species are now commonplace in California, each new introduction of a non-native species can pose unknown threats to an already fragile ecosystem. Wildlife officials are now on alert after reports that a new species of fish, called the weather loach (Misgurnus anguillicaudatus), is establishing itself in the San Joaquin River. The concern is that this invasive fish will compete with native species for resources and habitat, and prey upon vulnerable native fish species.

In a recent electrofishing survey on the San Joaquin River in Madera County, the US Fish and Wildlife Service was quite literally “shocked” to find a fish never before seen in the rivers of California’s Central Valley. The team pulled a single weather loach from the river on October 6, which prompted further investigation. On November 12, an additional six fish were captured using electrofishing backpacks, all within one kilometer of the Chowchilla bifurcation structure. At this point, little else is known about the distribution of the weather loach in the San Joaquin River, and while the agency is discussing management options, the troubling implication is that the fish could be on its way to becoming yet another resident non-native species in the Central Valley.

The weather loach is a cold-water fish native to much of east Asia, from Siberia to Vietnam. As its name indicates, the weather loach was used to help predict the weather because of its erratic behavior associated with changes in barometric pressure. The fish goes by many other names, such as dojo, Japanese weather fish, pond loach, and oriental weather loach. The weather loach is popular in the ornamental fish trade, and its hardiness and ability to adapt and inhabit new areas has led to bans on its sale in certain regions around the world. Female weather loach can produce an average of 2,000 viable eggs at a time, and can spawn multiple times per year, but it is the fish’s ability to survive in extreme conditions that makes it difficult to eradicate once it has become established. If a body of water dries up, the fish bury themselves in mud, coat themselves in a layer of mucus, and can survive more than 81 days without food, taking in air through their mouths and absorbing oxygen internally. While it is uncertain what impact the weather loach could have in the Central Valley, the fish are very susceptive to diseases, which they can transmit to other species, and they can prey upon the eggs of native species as well as compete for resources.

Species introductions often occur when unwanted pets, plants, or live bait are released into the wild. In some cases, the novel environment is not ideal for the introduced species to survive, but unfortunately many can thrive in California’s temperate climate. It is important to remember when discarding unwanted animals or plants that proper steps are taken to ensure that the species does not become an unwelcome addition to the natural environment. Time will tell how far the weather loach might spread in the Central Valley, and what kind of damage it could do.