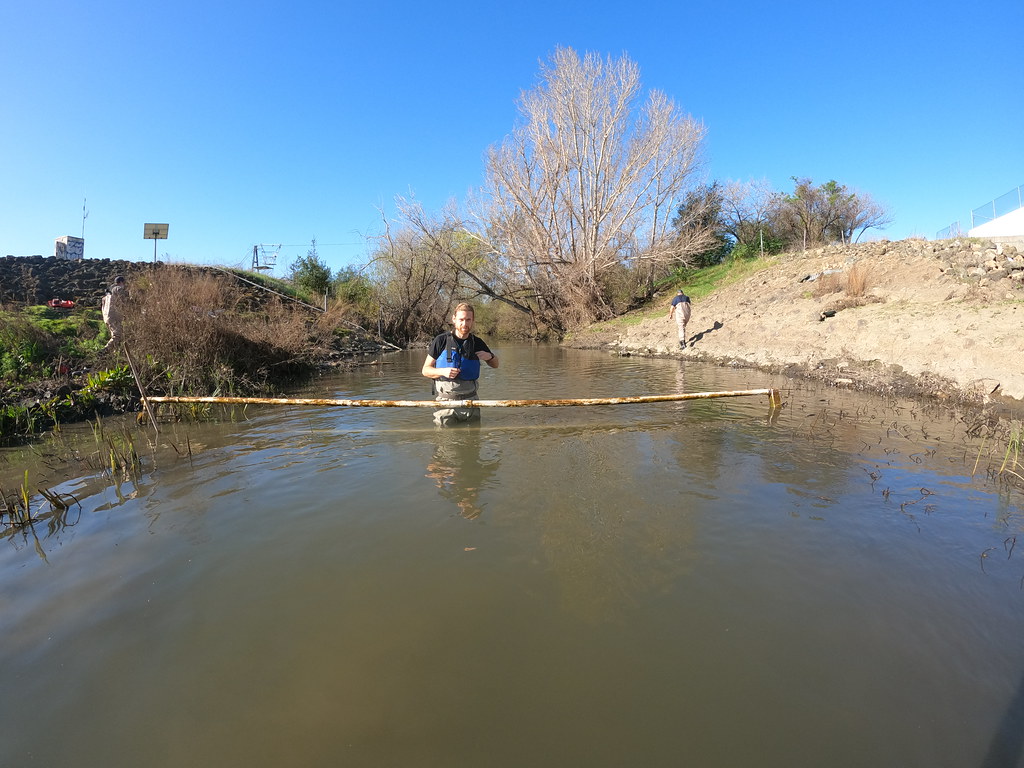 Flowing right through the heart of Silicon Valley and the City of San Jose, Coyote Creek is probably not what most people would picture when thinking about habitat for steelhead (Oncorhynchus mykiss). But despite the significant change brought to the watershed through urban development, Coyote Creek is one of several streams meeting the southern end of San Francisco Bay that support steelhead populations. The fish in these urbanized streams belong to the Central California Coast Distinct Population Segment (CCC DPS), which is listed as threatened under the US Endangered Species Act.

As the district responsible for managing water for Santa Clara County’s 1.9 million residents, environment, and economy, Valley Water monitors sensitive species inhabiting their urbanized waterways. One of the tools used to do this is passive integrated transponder (PIT) tags. Biologists implant these tags in captured O. mykiss, release them, and then monitor strategically placed PIT antenna arrays that can detect the tagged fish as they move through different locations in the watershed. PIT tags rely on radio-frequency identification (RFID) technology, and function in much the same way as the “microchips” that are commonly implanted in pet dogs and cats. When a tagged fish swims past a PIT antenna, the energy emitted by the antenna causes the tag to transmit its unique identifying code. This information is then stored along with the date and time of detection in the memory of a PIT tag reader that is attached to the antenna.

FISHBIO installed an antenna in Coyote Creek in 2019 to help Valley Water biologists track the movements of juvenile O. mykiss that were tagged in the upper watershed earlier in the year. The collected data can provide insight into how many of the tagged young fish “smolt,” or outmigrate, towards the Bay and ultimately become ocean-going steelhead. PIT tag detections can provide information on when fish are moving, which can be compared to environmental cues – such as increased flows – that may be prompting them to do so. Because PIT tags do not have an internal power source, they can continue to function for the life of the fish, so the antennas can also gather information on any tagged fish that return to Coyote Creek as adults to spawn after spending years in the ocean.

Earlier this year, FISHBIO crews relocated the Coyote Creek PIT antenna to a position slightly further downstream, and this move required making some careful adjustments (shown in our new video) to ensure the antenna was operating as efficiently as possible. Much like tuning a radio to get the best possible reception on a fuzzy channel, PIT antennas require tuning to maximize their read range, or the distance at which a tagged fish can be detected. A carefully tuned antenna in favorable conditions may be able to detect the tiny, 12 or 23-millimeter tags used in juvenile O. mykiss up to two feet away. To ensure the system is functioning properly, biologists must repeatedly test the detection range by passing PIT tags through, above, and around the antenna frame and make adjustments as needed. 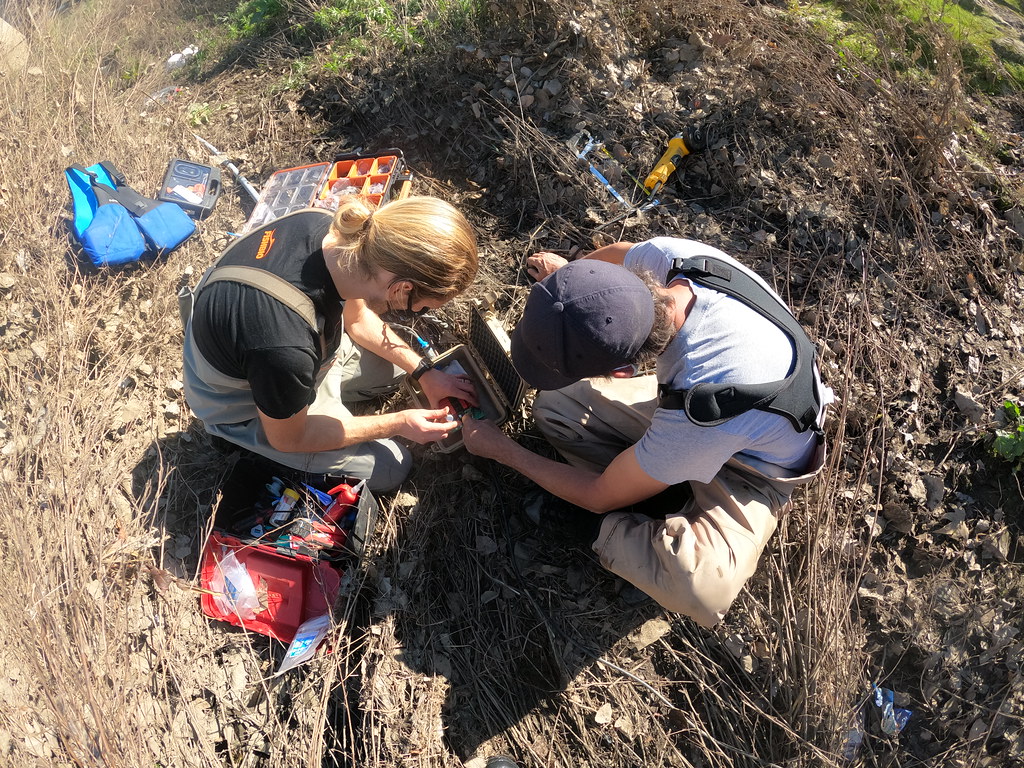 Studying an animal that lives underwater and moves quickly during periods of high flow is not a simple task, but tools like PIT tags and antennas provide biologists and managers with a means of tracking the otherwise invisible fish that they’re tasked with monitoring. Design, construction, installation, and operation of a PIT tag detection system all require considerable expertise, but a carefully planned antenna can yield valuable data that would not be possible to achieve with traditional sampling methods. Read more about PIT tag and antenna technology here.