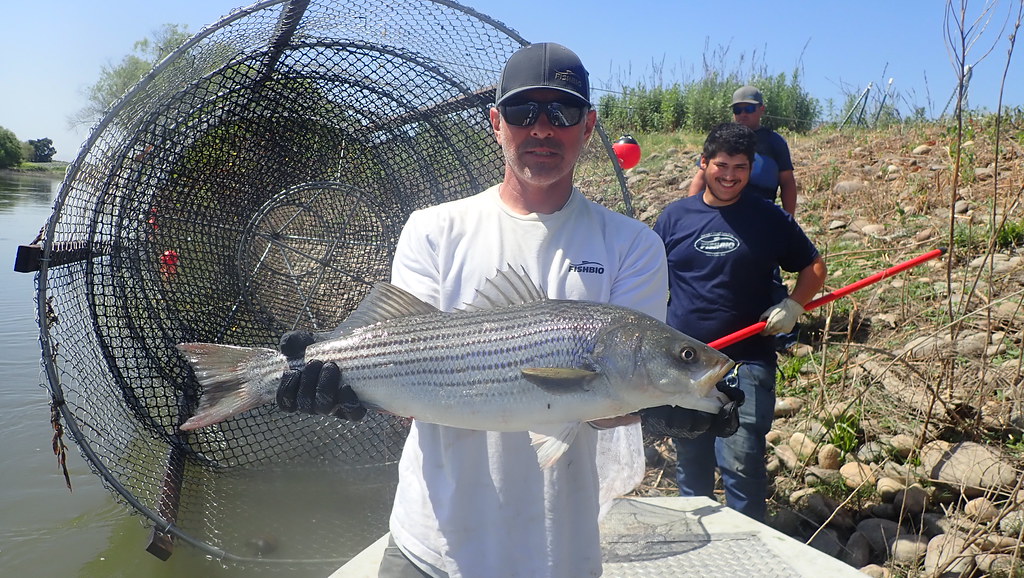 The fish assemblages in the San Joaquin River and the Sacramento-San Joaquin Delta are heavily dominated by non-native species. But we actually don’t know just how many of these non-native fishes are living in the river system. This information could be useful, given that many of these species are popular sportfish, and population sizes are a key aspect of fisheries management. In addition, predation by non-native fishes is one of many factors can affect the survival of young salmon and steelhead migrating to the ocean. Not knowing the size of predatory fish populations makes it difficult to assess the risk of predation to young salmonids, and whether this risk may be limiting salmon and steelhead recovery in the region. To help fill in this missing piece of information, FISHBIO has launched a new study to count bass and catfish in the San Joaquin River to help estimate their population sizes. This study builds on a 2013 pilot study in which we evaluated the feasibility of using large fyke traps to capture striped bass in the San Joaquin River for population size estimates. We are now following up with a larger-scale effort to help estimate the population sizes of five non-native predatory fish species in the lower San Joaquin River and south Delta. 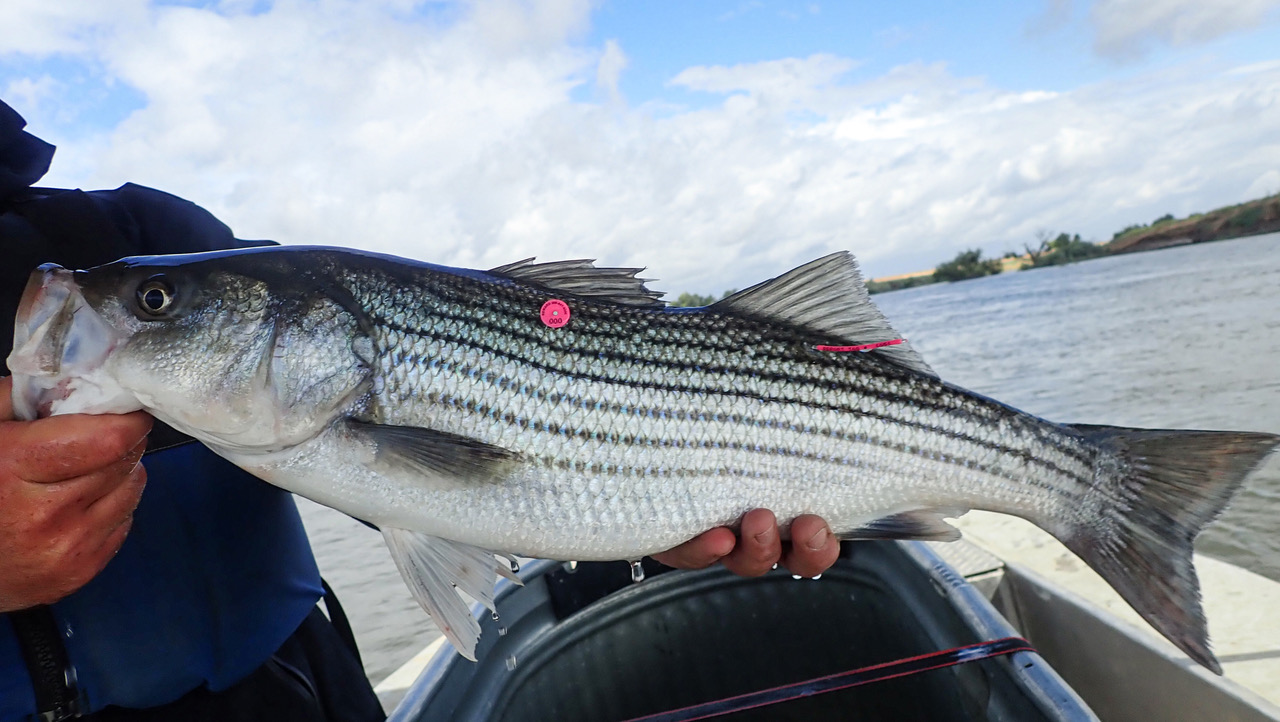 The objective of this study is to use a mark and recapture method to estimate the population sizes of striped bass, largemouth bass, smallmouth bass, white catfish, and channel catfish. Our pilot study concluded that fyke traps were effective for capturing striped bass, but a larger effort would be needed than the two traps we originally tested during the trial run. Based on these findings, we are currently deploying five fyke traps over 63 km of the lower San Joaquin River. A fyke trap has a funnel-shaped opening that narrows toward the interior of the trap. Migrating fish that swim into the opening follow the funnel and end up trapped in the compartment at the back of the fyke. The California Department of Fish and Wildlife has been using these fyke traps to sample striped bass for decades in the Sacramento River basin, but a similar effort has not been carried out in the San Joaquin River. While these traps will likely be most successful at targeting more mobile species like striped bass and catfish, we have included largemouth and smallmouth bass in our study to use this opportunity to learn more about these species in the San Joaquin River. 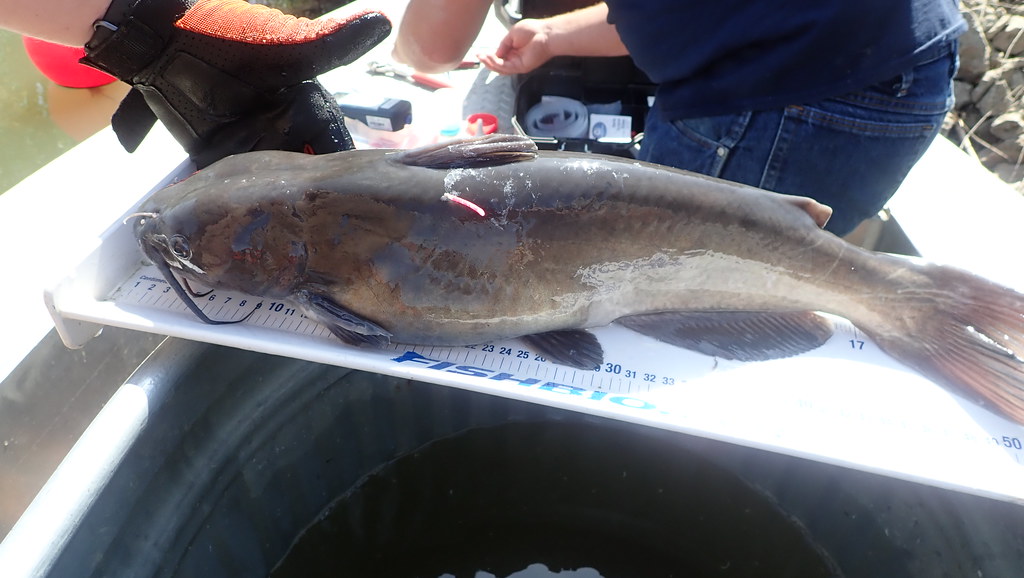 To estimate the population sizes of each of the study’s five species of interest, we will be using a common fisheries technique called “mark and recapture,” where fish are marked with a tag, released, and later recaptured. We will tag each fish with one of two types of fluorescent pink external tags: either a long “spaghetti” shape or a round disk shape. Fish will also be tagged internally with a Passive Inductive Transponder (PIT) tag, which can be detected with an antenna built into a weir, or with hand-held PIT tag readers. We will keep track of how many tagged fish we recapture in our own traps, and how many are reported by anglers or other researchers. Comparing the number of fish that get recaptured with the number that we tagged and released will help us estimate the total size of the population for each species. Some of these tagged fish will come with a reward, so if you fish the San Joaquin River or south Delta, please keep an eye out for our pink tags! We hope this study will provide important information about the size and movements of bass and catfish populations in the San Joaquin River. We’ll be posting updates about this project on our blog and social media accounts, so follow us if you want to stay in the loop!