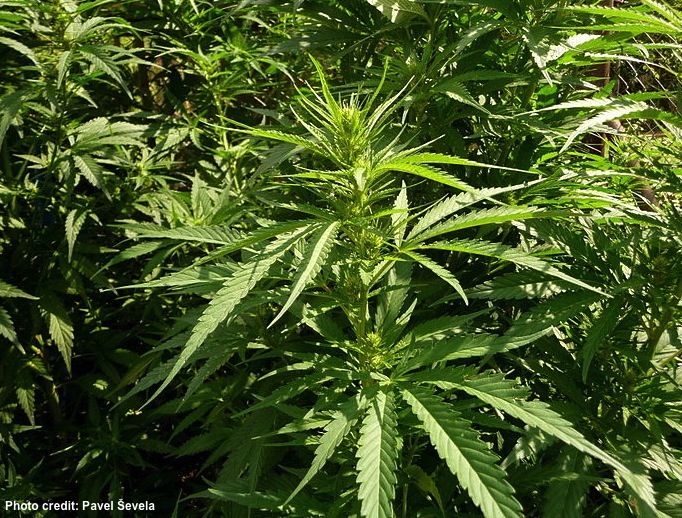 In a year of extreme drought, one of the drains on California’s water supply has been generating a particular buzz: illegal marijuana farming. A number of news outlets have highlighted the unchecked degradation and consumption of natural resources – most notably, water – resulting from these shadowy grow operations, and the consequent impact on salmon and steelhead in nearby watersheds. With the legalization of marijuana in Washington and Colorado, pot farms are booming, particularly in northern California’s “Emerald Triangle” region of Mendocino, Humboldt, and Trinity counties, which produces more cannabis than anywhere else in the nation. This region also includes the Eel and Klamath rivers, which have historically supported bountiful salmon populations. In a dry year where every water drop counts, more than a few drops are going unaccounted for in an area where an unregulated industry overlaps important fish habitat.

A pot plant’s demand for water is nothing short of staggering. A single marijuana plant can suck up six gallons of water a day at the peak of the growing season, according to California state officials. A study by the California Department of Fish and Wildlife uncovered an estimated 30,000 plants growing in each of four watersheds in Humboldt and Mendocino counties, representing the use of 180,000 gallons of water per day in these few waterways. In 2012, 838,358 plants were found growing illegally in California’s national forests alone, reflecting millions of gallons of water siphoned from the state’s water resources. Last summer, 24 tributaries of the Eel River (which were all being used to water cannabis farms) ran completely dry, according to state biologists. Unchecked illegal water diversions could bring about similar disastrous conditions for fish this year, exacerbated by continued drought. Of course, pot farms are just one player in the struggle over water use, as growers are quick to point out – but they are also an unregulated player. Growers often divert water directly from streams without applying for the required permits, and therefore are not held accountable for taking more than their share.

The “guerrilla growers” in question oversee industrial-scale operations, often on public land such as national forests, and degrade the environment in a variety of ways. They clear large swaths of trees, as shown in this Google Earth video, and leave heaps of trash behind when they disband the plots. In addition to guzzling water, their activities pollute waterways with sediments, fertilizers, and pesticides. Nutrients in fertilizer can stimulate blooms of green algae, which fuel the growth of bacteria as they break down, ultimately stealing oxygen from fish and their developing eggs. Pot farming spells trouble not just for fish, but for other wildlife such as the fisher (Martes pennant), a member of the weasel family. A study by UC Davis researchers found that this small mammal, which is a candidate for listing under the Endangered Species Act in the western United States, is threatened by exposure to rat poisons used in illegal cannabis growing (Gabriel et al. 2012). California has now banned the sale of such poisons. Similar to the free-for-all frenzy of the California Gold Rush, the current pot boom that some are calling the “Green Rush” could also leave a legacy of environmental degradation in its wake.