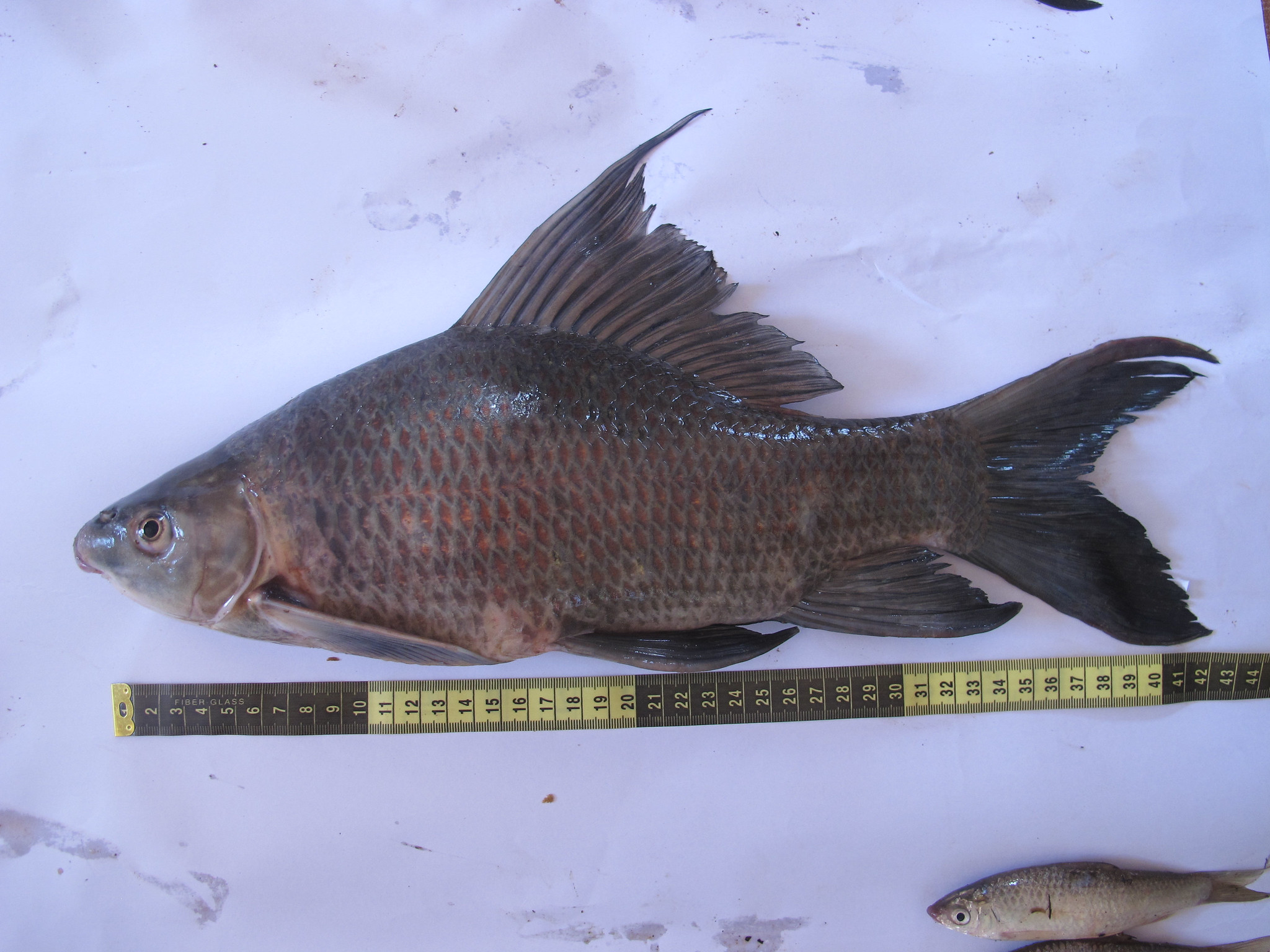 More than half of the land-based plastic pollution that ends up in the world’s oceans can be traced back to five countries – four of which are in southeast Asia. Rivers such as the Mekong, act as watery pathways that carry those plastics from land to ocean. Given the transboundary nature of the Mekong River and the importance of fish for human consumption in the region, this plastic statistic is especially concerning. Plastic waste that enters rivers and oceans eventually breaks down into tiny pieces that can infiltrate entire aquatic food webs. Filter feeding animals ingest the microscopic plastic pieces, which become concentrated in top predators through the process of biomagnification as they get passed up the food chain. Microplastic research is being conducted around the world, and a new study on the Chi River, a tributary of the Mekong in Thailand, exposes the problem of microplastic pollution in the Mekong Basin’s freshwater fish (Kasamesiri and Thaimuangphol 2020). Results revealed that freshwater fish in the Mekong are ingesting microplastics across a number of species, regardless of habitat type, diet, or feeding strategy.

Sampling at four study sites along the Chi River, the team of Thai scientists collected more than 100 fish from eight species of barbs and catfishes and grouped them according to habitat type, feeding features, and body size. They analyzed each fish’s stomach contents for plastics, categorizing the tiny pollutants by shape, size, and color. Of the sampled fish, an astounding 73% of fish contained microplastics in their stomachs. Researchers found no trend among species in terms of one ingesting more plastic than others, implying that a range of Mekong River fishes may be vulnerable to the threat of plastic. Many of the species surveyed in this study contribute to local fishing catches, providing a source of protein, income, and a cultural staple for people who live in remote river communities. As microplastics permeate the Mekong River system, becoming concentrated in important fish species, the effects may eventually make their way to human dinners.

Through careful analysis of the ingested plastic’s shape and color, the researchers were able to link the tiny pieces of plastic to their most probable sources. Top sources of plastic pollution in the Chi River were determined to be waste from aquaculture, agriculture, industry, fishing, and municipalities. Of the total number of microplastics ingested by fish in the study, 87% of fragments were classified as fiber shaped and 57% were blue in color – which the authors suggest came from the blue fiber fish cages used for Nile tilapia aquaculture, as well as fishing nets, traps, and lines. This highlights one of the unintended consequences of fishers switching from traditional fishing gear made from natural materials to synthetic plastic materials over the past generation. Lost fishing gear, ineffective plastic waste management, and the need to clean up freshwater systems are all pressing issues for the Mekong Basin. Inland fishing is an important part of life on the Mekong River, and it is imperative to focus both local and global efforts towards preventing land-based plastics from entering freshwater systems to keep both fish and people healthy and plastic free.

This story was written by Madisyn Pyorre for an internship with FISHBIO through the UC Santa Cruz Environmental Studies Department. This post featured in our weekly e-newsletter, the Fish Report. You can subscribe to the Fish Report here.