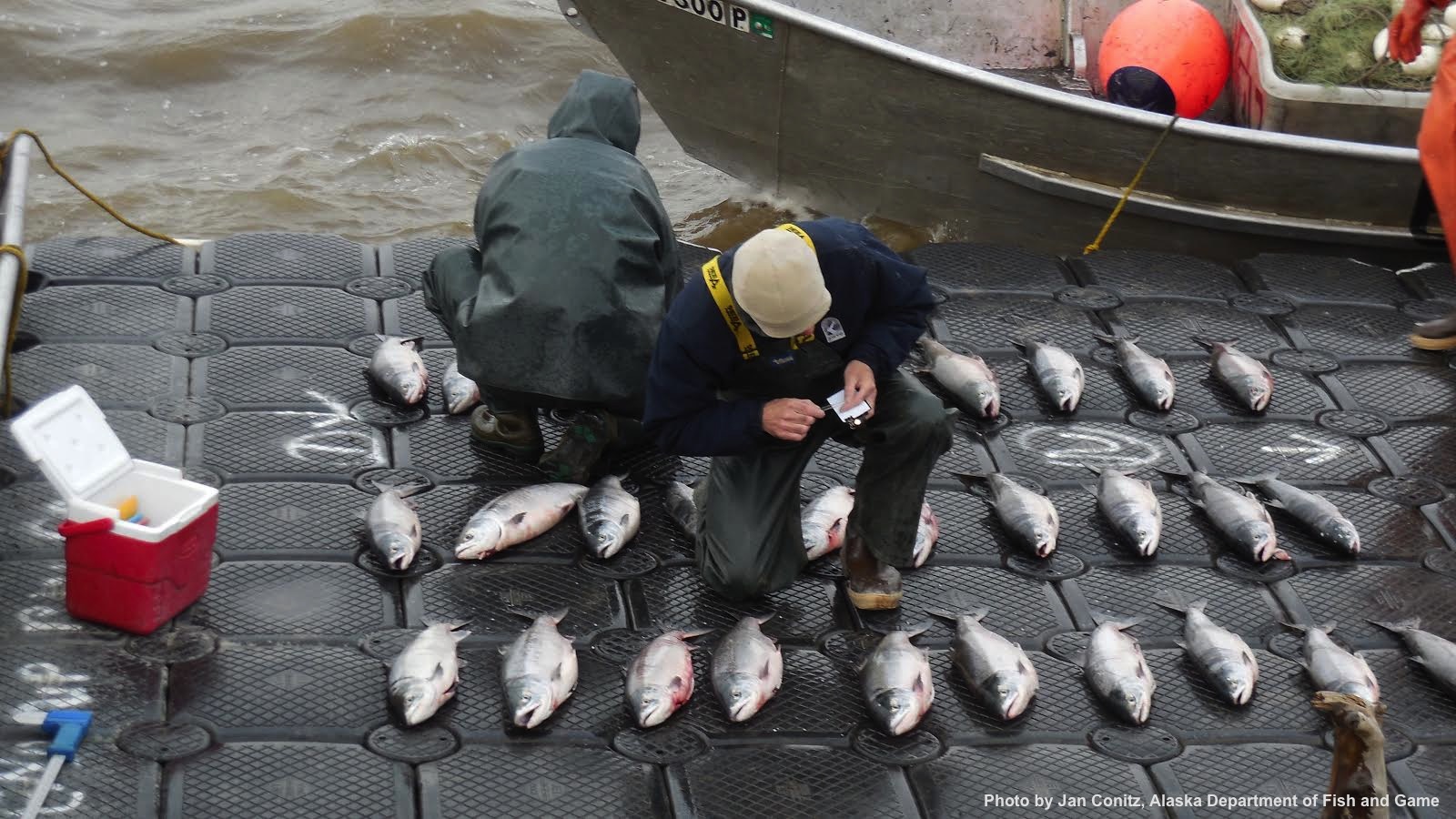 Things have been looking rather dim for Chinook salmon in the land of the midnight sun. Although species such as pink salmon are currently booming in Alaska, Chinook salmon runs have dwindled in recent years on rivers stretching from southeast Alaska to the Yukon, sending researchers on a search for answers. Populations of returning salmon that once averaged 300,000 on the Yukon River in the mid-’90s have dropped to half that amount or fewer since 2007. The decline affects commercial and recreational fishermen alike, as well as subsistence fishers who depend on the salmon to feed their families through the winter. In an effort to better understand the waning Chinook salmon populations, the state of Alaska is beginning a five-year, $30-million comprehensive Chinook Salmon Research Initiative. The goals of this massive effort are to develop strategies to improve sustainability and produce better conditions to increase fish returns on 12 major river systems throughout the state.

Understanding the Chinook salmon decline is a difficult task because the fish migrate an incredible distance during the course of their life cycle (such as journeys of 1,200-2,000 miles in the Yukon River alone), and are exposed to many different factors that could hinder their survival in rivers or the ocean. In the lower 48 states, much of the natural salmon habitat has been altered, and the introduction of non-native species has created competition and predation for Chinook salmon during the freshwater stage of their life cycle. In contrast, many of Alaska’s rivers remain relatively pristine, and some scientists believe the Chinook salmon decline is likely not attributed to their survival in freshwater. However, in an effort to evaluate all probable causes of stock collapse, the Arctic-Yukon-Kuskokwim Sustainable Salmon Initiative Chinook Salmon Expert Panel came up with seven hypotheses detailed in the Chinook Salmon Research Action Plan, which over the next several years will guide research on freshwater and ocean mortality, density and river carrying capacity, anthropogenic changes to the marine environment, marine fisheries bycatch, changes to fish reproductive output driven by fishing selection, and pathogens affecting salmon survival.

The study will hopefully yield valuable information that managers can use to interpret how the stocks are affected throughout their life cycle, and inform critical decisions necessary to meet escapement goals (how many fish “escape” being caught in fisheries), which ensure enough salmon are allowed to return to spawn and sustain the population. Escapement is even an international issue for salmon crossing the Alaska-Canada border. A treaty between the United States and Canada calls for 42,500-55,000 Chinook salmon to be allowed to cross the Canadian border each year; however, due to poor run size and heavy fishing pressure in the lower Yukon River, the minimum escapement goal of 42,500 has not been met in four of the last eight years (Alaska DFG, pers. comm.). Managers assess the salmon run throughout the season to determine whether to allow fishing to continue, based on escapement goals. This year the Alaska Department of Fish and Game decided to prohibit almost all retention of Chinook salmon in various fisheries, including subsistence fisheries, to meet escapement goals on the Yukon River, due to poor projected returns of 64,000-121,000 salmon.

Even when predictions of returning salmon are low, the decision to close the fishery is challenging because there is much uncertainty related to salmon runs, and the consequences of fishery closures can be serious for commercial and subsistence fishers. Not only do commercial fishermen rely on the industry as their primary income, but subsistence fishermen need the source of nutrition to feed their families through the harsh Alaskan winter. The Chinook run on the Yukon River actually faired better than expected this year, with more than 137,000 Chinook salmon returning to the river, and approximately 66,000 making it past the Eagle sonar station (located 18 miles downstream of the Canada border). However, the trend in the Chinook salmon decline has many in Alaska still worried about the years to come. With more money being invested in research on the species, there is hope that the tides can be reversed, and Chinook salmon will flourish in Alaska once again.