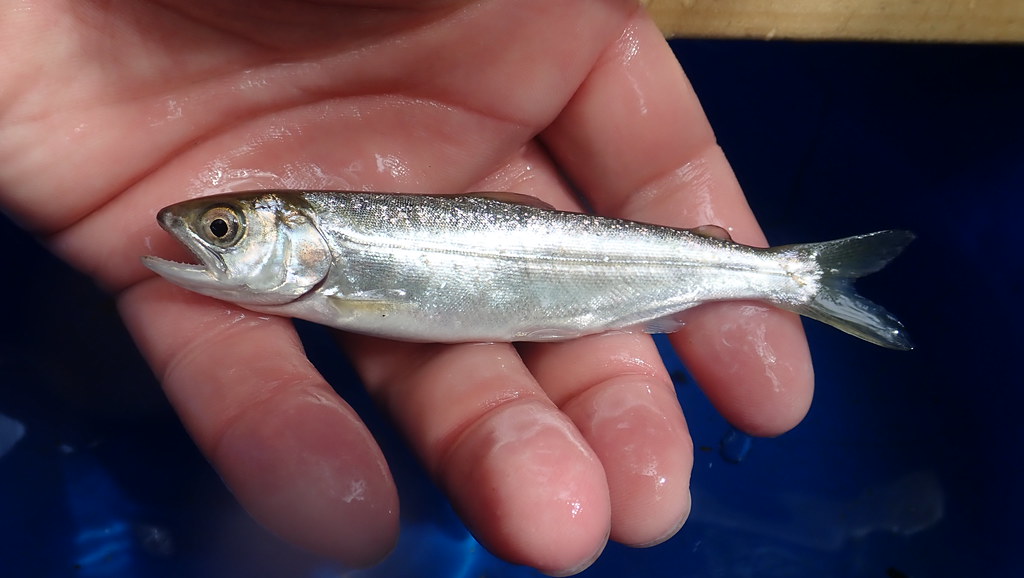 The recent 2021 Bay Delta Science Conference included a session specifically dedicated to salmonid research in California’s Central Valley, which provided an update on recent studies related to Chinook salmon (Oncorhynchus tshawytshaw) and steelhead (O. mykiss). The presentations revealed that even with extensively studied species like salmon, researchers are continually achieving new insights that can help improve tools for monitoring, management, and recovery. The session began with a presentation by NOAA scientist Rachel Johnson, who described the response to thiamine (vitamin B1) deficiencies in Chinook salmon. In 2020, these deficiencies caused reproductive failure in spring, fall, and late-fall runs, leading to concerns of a similar impact to winter-run, and prompting the creation of a thiamine research team to investigate impacts and potential mitigation strategies. The team’s experiments revealed several effective treatment options, including injecting thiamine into adult salmon before spawning. They suspect that the deficiency arose due to anchovies replacing sardines as dominant salmon prey in the ocean, as anchovies contain an enzyme that breaks down thiamine. Analysis of late-fall Chinook in 2021 indicates this deficiency may be an ongoing issue. The research team is now working on developing an early warning system and studying impacts on wild Chinook.

The next talk took the audience backwards in time, as UC Santa Cruz researcher Malte Willmes explained an effort to evaluate Chinook salmon life-history diversity at key points in the past. Willmes and his colleagues conducted an age analysis of Chinook using otoliths recovered from a native Maidu village on the Feather River dating back to the mid-1800s. Their results showed a much wider age distribution than that of contemporary Chinook populations, with far more 4- and 5-year-old fish. Most notably, reconstruction of migratory behavior by analyzing otolith stable isotopes revealed that these fish spent most of their lives in the estuary and did not migrate to the ocean. This likely reflects the very different habitat that was available in the Bay Delta at that point in history. In future work, the team hopes to use otoliths to investigate Chinook populations during periods of climate extremes to better understand how they may respond to environmental changes in the future.

The remaining talks focused on salmonid abundance, movement, and survival. U.S. Geological Survey (USGS) researcher Dalton Hance discussed development of a model to estimate winter-run survival and routing probabilities through the Delta. Results showed that survival was higher during periods of higher flows at all assessed locations except for the Fremont Weir. They also found that the probability of fish entering the Yolo Bypass greatly increased when river stage was more than two feet above the Fremont Weir. Notably, fish traveling through the Yolo Bypass took longer to migrate and therefore had lower survival compared to fish traveling in the mainstem Sacramento River. Survival in drought years was low for fish released after mid-March, but periods of high survival still occurred in association with flow pulses.

USGS scientist Russel Perry explained a multi-agency effort to estimate the abundance of winter-run Chinook at Chipps Island (the downstream endpoint of the Delta). This information provides a valuable early indicator of the strength of particular year classes and can spur action if abundance is low. Releases of acoustically tagged fish allowed the team to determine that on average, only 0.75% of winter-run passing by Chipps Island are captured by traditional trawling surveys, and that this efficiency declines at higher flows. The researchers then used results of this study along with Chinook size and genetic data to develop a model to estimate total winter-run abundance and probability of winter-run arrival at Chipps Island, which proved to be accurate during tests with simulated data. 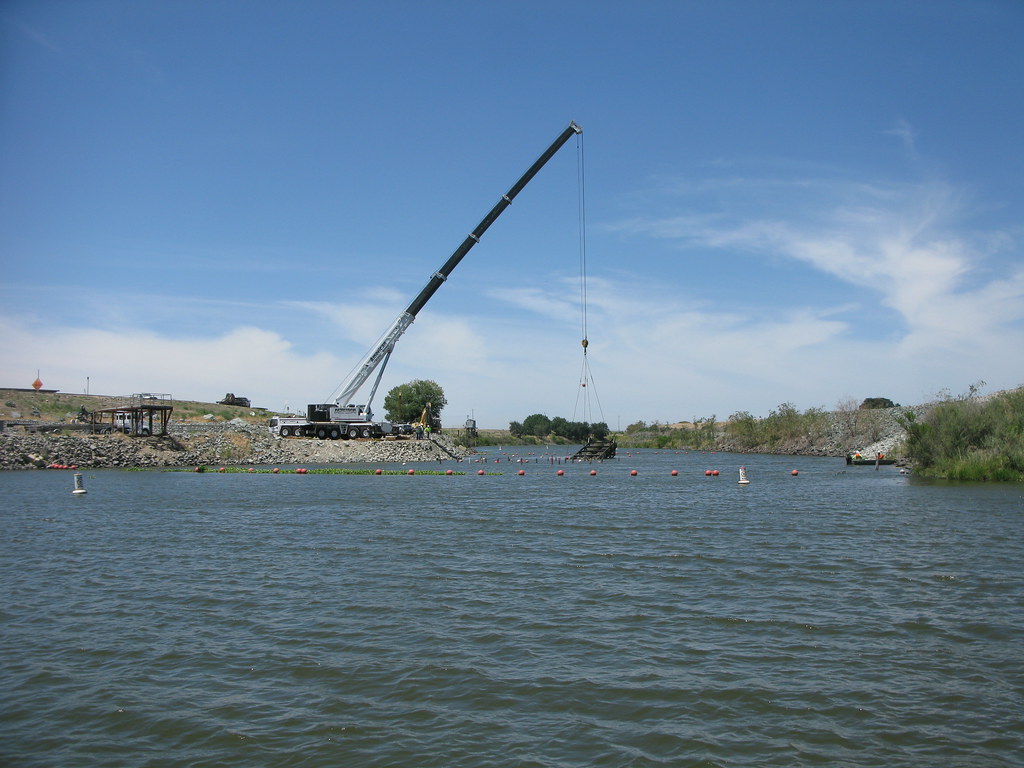 The final talk by USGS scientist Adam Pope shifted the focus to steelhead. Leveraging six years of acoustic telemetry data, Pope and his collaborators are developing a model to evaluate the impact of various environmental factors on survival of steelhead in the San Joaquin River. Initial results show a positive relationship between flow and survival in the San Joaquin River. This relationship is most notable in transitional river areas, and there was little to no effect in the strongly riverine upstream reaches or the tidally influenced downstream reaches. Ongoing work will examine the effects of barriers at Old and Middle River and at the head of Old River on survival. The research presented at the Bay Delta Science Conference demonstrates how looking to the past as well as developing new approaches and rapidly addressing current problems can all support management and recovery of California salmon and trout populations in a challenging and changing world.