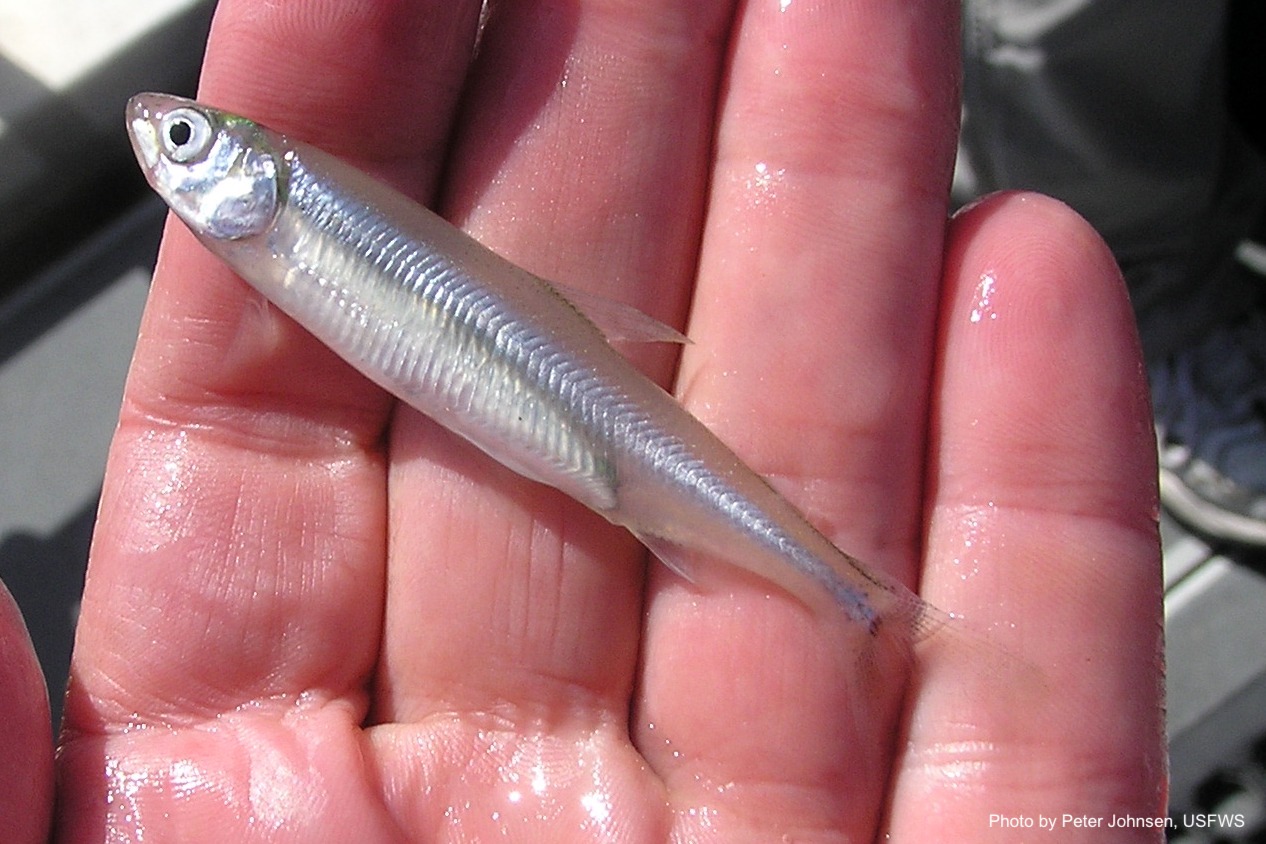 The white lab coats, sterile gloves, and meticulously controlled laboratories typically associated with genetic research are a far cry from the muddy, dusty, and utterly uncontrolled world of the field biologist. Traditionally, genetic studies of wild plants and animals have relied on samples collected in their natural habitats being analyzed in a laboratory. However, advancements in molecular technology are placing all the power of a modern genetics lab into the (often slimy) hands of field biologists. A recent collaboration by scientists from the California Department of Water Resources, UC Davis, and MIT demonstrates that rapid genetic identification of species in the field has gone from the purview of science fiction to ground-truthed reality (Baerwald et al. 2020). These modern genetic techniques that bring the power of the laboratory into the field have the potential to greatly speed up data processing, and consequently the response of management for imperiled species.

CRISPR, which stands for “Clustered Regularly Interspaced Short Palindromic Repeats,” is a tool used by molecular researchers, but credit for its creation actually goes to bacteria. To defend themselves against viruses, bacteria evolved segments of DNA known as CRISPR arrays, which allow them to create enzymes that cut apart the DNA of an invading virus. Scientists have taken advantage of this naturally occurring process to develop techniques for genetic engineering. However, a further modification of this technology known as Specific High-sensitivity Enzymatic Reporter unLOCKing (SHERLOCK) allows for another exciting application: identifying organisms based on collected DNA. SHERLOCK has already found wide applications in human medicine, such as testing people for COVID-19, but to date has not been extensively used in ecology or conservation biology. To demonstrate its usefulness in these fields, this study tested the ability of SHERLOCK to quickly and accurately identify endangered Delta smelt (Hypomesus transpacificus), threatened longfin smelt (Spirinchus thaleichthys), and invasive wakasagi smelt (H. nipponensis) in the field. Because water operation facilities and ecological sampling programs have to monitor their activities to ensure they are not jeopardizing imperiled species, accurately distinguishing among these species is of great concern. However, these smelt species can be difficult to visually identify, particularly at early life stages. Although traditional genetic methods are a reliable tool, having a means of rapid genetic identification in the field could provide important information much more quickly, thereby allowing a faster response to actions that may be putting delta or longfin smelt at risk.

There are multiple ways to collect DNA from an organism. For fish, one option is to take a small clip from the caudal (tail) fin, and then to extract the DNA from this tissue sample. Although this reliably yields DNA, it may pose a greater risk of injury, especially for delicate species like smelt. Another option that anyone who’s done a genetic ancestry test will be familiar with is swabbing a mucous membrane. Because fish are conveniently covered in mucus, this is as simple as swabbing their bodies. Swabbing has been successfully used to sample other types of animals, including amphibians and mollusks. The study assessed clip and swab approaches using SHERLOCK and evaluated their speed and accuracy in comparison to one another as well as to quantitative PCR (qPCR), the traditional laboratory-based genetic analysis method.

The SHERLOCK approach with DNA extracted from fin clips proved to have 100% accuracy in species identification. However, even skipping the step of extraction and simply using mucus swabs also yielded 100% accuracy. Using a small fluorometer in the field allowed both of these approaches to provide species identification within 15 to 20 minutes – 2.5 times as fast as traditional qPCR assays performed in the laboratory. To make SHERLOCK even more accessible to field biologists, the team also tested a lateral flow strip similar to a pregnancy test that can be used to observe the test results with the naked eye. This approach was found to reliably produce accurate results within 40 minutes and required no specialized equipment. The study demonstrates that SHERLOCK can quickly and easily provide accurate species identification data in the field, and distinguishing smelt is just one of its many possible uses in conservation biology and ecology. Future research may even allow for this method to be applied to environmental DNA (eDNA) samples, generating almost immediate information about species presence by simply collecting some water. Someday in the near future, biologists all over the world studying even the most remote ecosystems may be able to carry this powerful genetic tool in their pockets.