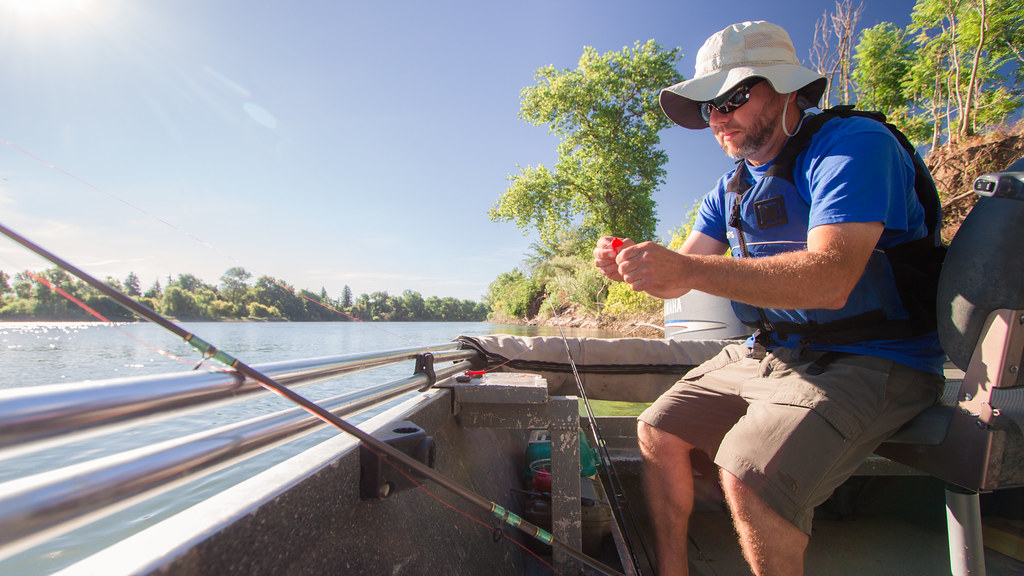 Taking out your cell phone when you’re fishing can be good for more than posting Instagram photos; it might just become the next best tool in fisheries management. Up-to-date information on angler habits and catches are some of the most useful data that managers can use to ensure lakes and streams are providing anglers with the best fishing possible, while also measuring the impact of fishing on the aquatic environment. As a result, fisheries managers and researchers constantly try to collect information from anglers using in-person and mail-in creel surveys, interviews, and diaries. However, these approaches can be expensive and time-consuming, limiting the number of anglers and extent of area surveyed. A creel survey may also only record a single fishing trip out of the many a given angler may take that season. As cell phones have become ubiquitous and their data collecting ability has improved dramatically (including GPS locations and high-resolution digital cameras), they are emerging as a viable tool to collect angler data and engage citizen science through the use of smartphone apps. That said, some extra steps or standards may be required to make these data truly useful to scientists, as described by a recent paper in Fish and Fisheries (Venturelli et al. 2016).

A handful of fishing apps have already taken off regionally, with Great Lakes Fish Finder for anglers on the Great Lakes, iAngler in Florida, and iFish Forever in Minnesota and Ontario. In general, the apps collect a suite of information focused on angler demographics (angler age, sex, fishing experience, fishing preferences, etc.); the fishing trip and effort (trip duration, location, date, fishing gear, number of lines fishing, etc.); and their catch and harvest (number of fish caught, species caught, fish kept, etc.). The apps store this data and allow the angler to view his or her historical trips and catches. Adapting this information for management purposes requires an extra step of standardization to ensure no false or erroneous data is included in analyses (Venturelli et al. 2016). However, other citizen science apps such as eBird and Zooniverse have overcome this problem, and have resulted in more than one hundred peer-reviewed publications (Venturelli et al. 2016).

Analyzing the data collected from iFish Alberta, a popular fishing app in Alberta, Canada, that debuted in 2010, Papenfuss et al. (2015) were able to demonstrate that app-collected data is usable in analyses and is comparable to traditional creel surveys. From their analysis, the researchers were able to determine seasonal and annual patterns of lake popularity (based on the number of anglers fishing on each lake) that were consistent with traditional survey methods. Further, they could map the connectivity of lakes as anglers moved from one lake to another at a scale not practical with traditional creel surveys because of time and expense. Such mapping can prove extremely useful to track or estimate the spread of invasive species, something not easily attained by creel surveys (Papenfuss et al. 2015).

Fishing apps represent a quick and inexpensive way for managers to passively collect fisheries data from anglers without the spatial and monetary restrictions of traditional creel surveys. These data have the potential to complement, if not replace, conventional creel surveys while providing a suite of novel information over a wider geographical area than is possible with traditional surveys. However, several challenges do exist in implementing this method of data collection, such as ensuring privacy and protecting app-users’ information; ensuring the apps are collecting usable, unbiased data; and retaining app-users to continually provide data over time. There are ways to address these issues, such as making data anonymous so anglers aren’t worried about giving away their “secret spot” or hackers getting their personal information; running comparative studies with conventional survey methods to ensure unbiased data is being collected; and creating well-designed apps that offer perks to users such as fishing license renewal at a discounted price, up-to-date weather reports, or pinpointing fishing regulations based on a GPS location. So the next time you take a fishing picture with your cell phone, you might be able to inform and improve fisheries management.