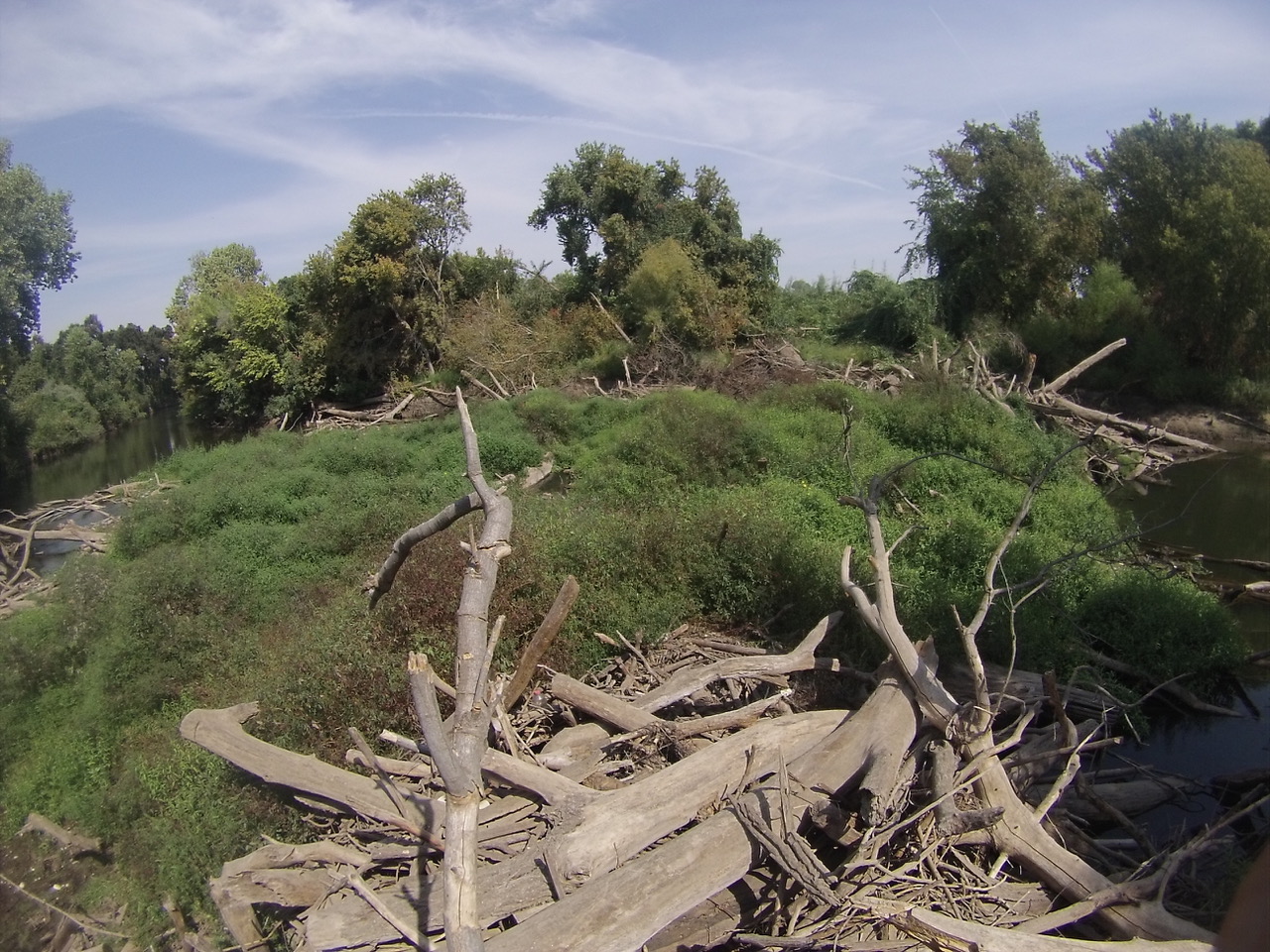 Losing your favorite spinner on a log can be a real drag, but besides collecting fishing lures, large wood like dead trees and branches play a pivotal role in the dynamics of stream ecosystems. When plants evolved roots more than 415 million years ago, they completely changed how rivers flow. Plant roots stabilize stream banks and create narrower, deeper stream channels that meander. Once trees evolved and began falling into rivers, they changed things further still, forcing water to flow around logjams, which sometimes carved out new channels. These days, logs and logjams (known to stream scientists as “large wood”, “large woody debris”, “large woody material”, or “coarse woody debris”) still drive river processes and provide many benefits for trout and salmon in streams where they haven’t been removed. However, large woody debris can also pose safety concerns for river users, infrastructure, and homes, especially during flood events, highlighting the challenges of maintaining natural processes in managed rivers.

Logs and logjams benefit fish by interrupting the downstream flow of water. Nutrients such as carbon and nitrogen, which are normally quickly flushed downstream, get trapped in the pool areas upstream of logjams, stimulating the growth of algae and plants at the base of the food web. This in turn produces more macroinvertebrates that serve as fish prey. In and around logs and jams, fish benefit from pockets of slower moving water that allow them to conserve energy while watching for drifting prey in the main current. Logs also provide overhead cover for adults and juveniles from hungry birds, and the deep pools that form behind large wood can serve as refuge spots during harsh summers. Logjams force water to flow under and over them, which increases the amount of water that seeps into the ground or spills out onto floodplains. Logs themselves can also foster the sprouting of young trees, supporting the next generation of riparian forest.

Unfortunately, logs and logjams can also be hazardous to recreation activities, homes and infrastructure near rivers. Stream flow through or underneath a logjam can pin boaters and swimmers against these structures, or pull them underneath. Logs can also dislodge during floods and pile up against bridges and dams. This can lead to safety concerns by increasing the force against the structure, and changing how the river scours the streambed around piers and footings, potentially weakening them. Logs can also damage dam intakes and turbines, or worse, clog spillways that can lead to dams overtopping and failing. While logs and jams can slow down floodwaters, they also increase the stage (or height) of the water, potentially causing more local flooding over river banks. Finally, when jams cause streams to form new channels, the redirected water can jeopardize roads, houses, and other nearby infrastructure.

After several decades of removing logs from streams, a renaissance centered in the Pacific Northwest is underway to put wood back in streams. To help mitigate some of the potential hazards, bridges with wider piers are being built to allow logs to pass through them, and log booms are installed in reservoirs to capture floating logs before they make it to the dam. In places where safety is a concern, logs are being anchored to the ground to make sure they don’t move while still providing benefits to the ecosystem, while in areas without risk to recreation and infrastructure, logs are being placed in streams unattached, allowing the river to move and deposit them freely. Managing logs and logjams in rivers is a balancing act of benefits to the ecosystem and public safety, and while they may steal a few of your lures, the habitat they provide for salmon and many other species is second to none.