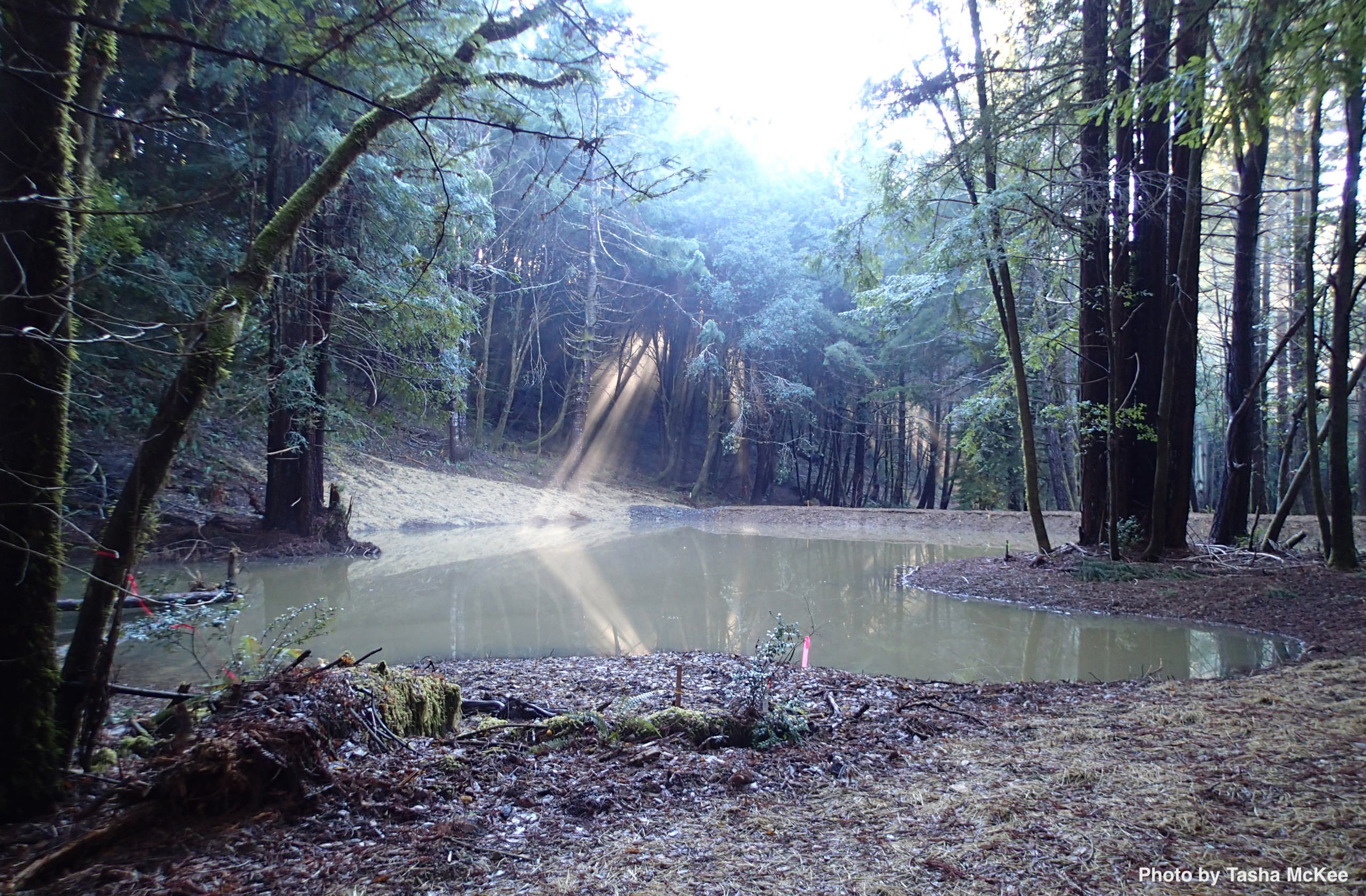 Overdrawing groundwater can not only cause the ground to sink, it can also lead to a river or lake disappearing. In most rivers and lakes, the water surface you see above ground is the same elevation as the water below ground, and any changes to the groundwater level will affect the water at the surface. Surface water helps maintain the groundwater supply when it can slow down enough to seep into the water table. For rivers, this can happen on floodplains and in pools, or when water is forced around and under objects like logjams and boulders. However, if the groundwater level begins to drop, it can affect the flow of water above ground – if it drops too far, streams can stop flowing. This is especially common on streams that have become disconnected from their floodplains or streams that have been artificially “cleaned” of logjams and boulders, a historical land-use practice. However, stream restoration can help address this problem, illustrated by an example on Baker Creek in the Mattole River watershed of northern California.

Baker Creek historically supported spawning populations of coho and Chinook salmon as well as steelhead, all species that are now federally and state protected. The watershed suffered from legacy effects of past logging, which removed the tree canopy over the creek and even straightened the river in three places to facilitate moving logs downstream. These actions led to increased soil erosion and the riverbed cut deeper into the ground, severing the river from its floodplain as the streambed sank further below its banks. Finally, well-intentioned but misguided attempts in the 1980s and 90s to increase fish passage led to the almost complete removal of logjams from the Mattole River and its tributaries. The changes to the landscape, combined with longer, drier summers in the region, caused certain Mattole River tributaries, including Baker Creek, to begin drying up each summer, becoming a series of stagnant pools disconnected by dry streambed. The last pair of spawning adult Coho salmon in Baker Creek were observed in 2002.

Restoration work to address these challenges began in fall of 2012, when three channel-spanning log structures were placed in a particularly sunken reach of Baker Creek to create a series of three step pools. Following log placement, the groundwater recharge happening in these pools raised the water table by more than three inches, and by the end of the rainy season had lifted the stream elevation by one and half feet. This allowed the stream to reconnect with its floodplain, and even reactivated a historic side channel. The following winter, two coho redds were found near the project area, one upstream and one downstream. In the summer of 2013, 1,300 juvenile coho salmon were counted in Baker Creek, out of 2,500 total in the Mattole watershed. Building on the success of the first treatment, restoration continued through 2015 by placing more wood structures to encourage groundwater recharge while supporting coho salmon habitat.

Future work is planned to create a terraced groundwater recharge project of five ponds next to the stream, which will also increase storage in the watershed. The work is inspired by johads, earthen ponds used in rural India to recharge groundwater and store surface water, and will provide a combined 10 million gallons of surface and groundwater storage capacity. Such local projects can create large benefits for the survival of endangered species, and can increase the ability of a watershed to provide water for both humans and wildlife in the face of a changing climate and variable water supply. Reconnecting surface and groundwater is key for a resilient watershed.