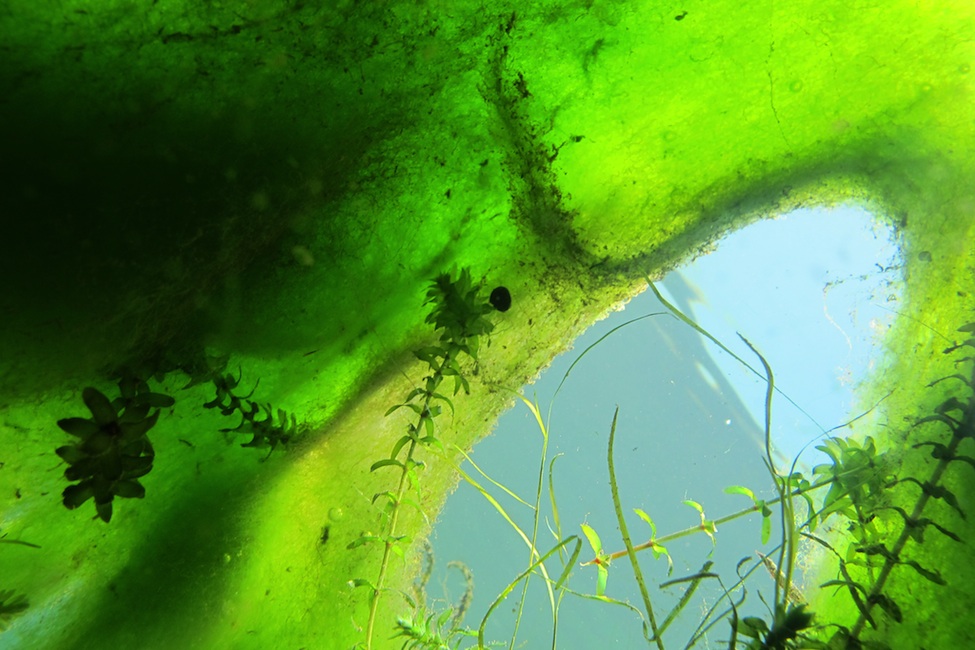 Microscopic algae floating in the ocean and freshwater may seem harmless on their own – but when their numbers explode in massive blooms, they can spell trouble for people and wildlife. California has a long-standing history with large-scale toxic phytoplankton blooms, with the first documented case of human poisoning from shellfish contaminated by toxins occurring in Sonoma County in 1903. Toxic harmful algal blooms, known as HABs, have been an escalating concern throughout the state, especially in recent years of drought and rising ocean water temperatures. Some blooms are considered harmless, or even beneficial, as they can increase the food supply for species that feed on plankton. However, water managers have come to recognize HABs as an indicator of an altered or disrupted ecosystem, often as a result of eutrophication, or growth caused by excessive nutrients washing into a waterbody. HABs can affect the aesthetics of aquatic environments, lower the dissolved oxygen concentration, cause taste and odor problems for drinking water, and produce potent toxins that have the potential to harm both humans and resident wildlife.

The extent and magnitude of algal blooms is often linked to human impacts on the air and watershed. Prime conditions for bloom development include large quantities of nutrients, such as nitrogen and phosphorous, entering the environment from agricultural, industrial, or municipal wastes. Nutrients can stimulate blooms when accompanied by stagnant, non-shifting water, as well as reduced grazing rates due to the decline of species that feed on plankton (Paerl et al. 2001). Toxins created by blooms can lead to several different syndromes observed in humans, including paralytic, amnesic, diarrheal, and neurotoxic shellfish poisonings. In 2015, a large-scale algal bloom impacted fisheries from the Central California Coast to as far north as southern Alaska. This bloom exhibited some of the highest concentrations of domoic acid ever observed in Monterey Bay and the Central Oregon Coast. Domoic acid is a natural neurotoxin produced by phytoplankton, and is known to be fatal to humans in high concentrations. With legitimate concerns about people eating species affected by the bloom, harvesting of shell and finfish species was banned up and down the coast, and some fisheries remained closed even a year after exposure to the initial bloom. The full economic impact of these closures is still being calculated, but recent estimates show that HABs cost the entire United States an average of $82 million per year in marine waters alone.

For such tiny organisms, harmful microscopic algae have an oversized impact. On a global scale, roughly 2,0000 cases of paralytic shellfish poisoning occur each year. Between 1987 and 1992, the average cost of public health impacts due to shellfish poisoning from HABs in the United States was an estimated $1 million per year. During the large-scale bloom in 2015, the National Oceanographic and Atmospheric Administration (NOAA) declared an Unusual Mortality Event as 30 large whale mortalities were documented in the Western Gulf of Alaska that may have been attributed to the bloom. Additionally, fish kills sometimes accompany blooms, and can be attributed to the low or depleted oxygen conditions and toxins the blooms create, or direct physical harm that fish experience from the algae, such as gill irritation or clogging.

HABs are often a natural phenomenon and have occurred relatively frequently throughout history. However, their recent impacts to public health and local economies have appeared to increase in frequency, severity, and global distribution. Researchers offer four possible explanations for the apparent global increase in HABs: 1) the increased scientific awareness of toxic species, 2) the increased utilization of coastal waters for aquaculture, 3) the stimulation of plankton blooms by eutrophication and/or climatological conditions, 4) and the transport of plankton in ship ballast waters or their movement with shellfish stocks from one area to another (Hallegraeff 1993). A more recent study suggests that global warming and rising levels of atmospheric carbon dioxide have intensified the effects of eutrophication, thereby intensifying blooms in impacted waters (Visser et al. 2016). As HABs continue to impact both inland and marine fisheries, so it is becoming clear that those of us who care about fish need to care about algae as well.