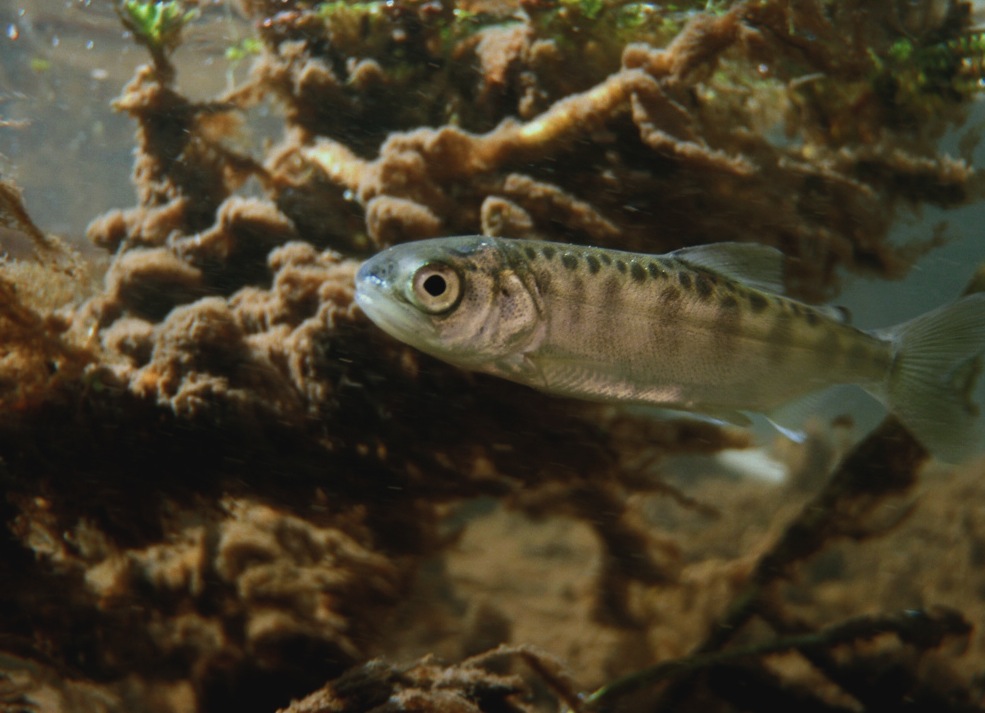 Fisheries scientists often get called on to make assessments or predictions about the current or future state of fish populations. But short of a crystal ball, the most powerful tools scientists have to predict the future are mathematical models. Simply put, the goal of modeling is to define a mathematical expression that quantifies the relationships between different natural and human-derived processes. If the expression accurately reflects reality, researchers can make reasonable predictions about how a fish population may change under different scenarios, such as different temperatures or water flows. Models drive or inform nearly every aspect of fisheries management today, and sometimes consist of extremely complex networks of physical and biological interactions. Models can be used to describe the life cycle of a species, estimate the abundance of a population, or evaluate how different management actions could affect threatened or endangered salmon stocks.

The most recent advance in salmon population modeling in California is a model of salmon survival throughout its lifecycle, authored by researchers at the National Oceanographic and Atmospheric Administration’s Southwest Fisheries Science Center and their affiliates, and recently released as a technical memorandum. In its current form, the new model applies specifically to winter-run Chinook salmon, a race listed under the Endangered Species Act that is found only in the mainstem Sacramento River. While focusing on a single stock with a limited range does simplify the scope of the model, the amount of data required to run the calculations is still substantial. The essential challenge of accurately modeling any population is that not all individuals behave in the same way. For example, some fish grow faster, some slower, some contract disease, and some swim faster than others. Salmon can spawn at different ages, migrate at different times, choose different routes, and will experience different conditions of food and habitat depending on seasonal weather patterns and even long-term climatic changes, such as El Niño and the Pacific Decadal Oscillation.

To account for all these factors, the winter-run salmon model consists of a several linked sub-models that attempt to incorporate the many biologically meaningful processes that can potentially affect fish. A hydrology model (CalSim-II) is used to represent the amount and timing of river flows, while a series of other models determine the effects of hydrology on water depths, temperatures, current speed and direction, and water quality (DSM2, HEC-RAS, SRWQM, and others). These predictions, in turn, influence the amount and quality of rearing habitat available, the duration of the fish’s migration, and, ultimately, how many juvenile salmon survive to reach the ocean. Ocean climate and fisheries models help quantify the fish’s survival at sea. Finally, egg production by returning adults is estimated based on scientific observations of fish fecundities at different ages. Calibrated to conditions observed over the past decades, the model can be used to evaluate how specific harvest levels, flow management scenarios, or restoration actions affect the salmon population.

While many aspects of this “mega model” have yet to be refined, the framework itself has the flexibility to be tailored to other salmon runs over a broader geographic scale. Hatchery production and return can also be incorporated based on release records and coded wire tag recoveries. These applications offer the potential to better understand and conserve salmon populations, particularly in the face of drought and limited water resources. The need to understand variables that make fish populations boom or bust, and the role of human actions in this process, will remain important as long as we continue to affect fishes through exploitation, supplementation, and habitat alteration. Fortunately, dedicated researchers have the computing power and a mass of knowledge to synthesize research data into models, and use these models to learn lessons for the future, bringing us ever closer to informed and balanced resource management.