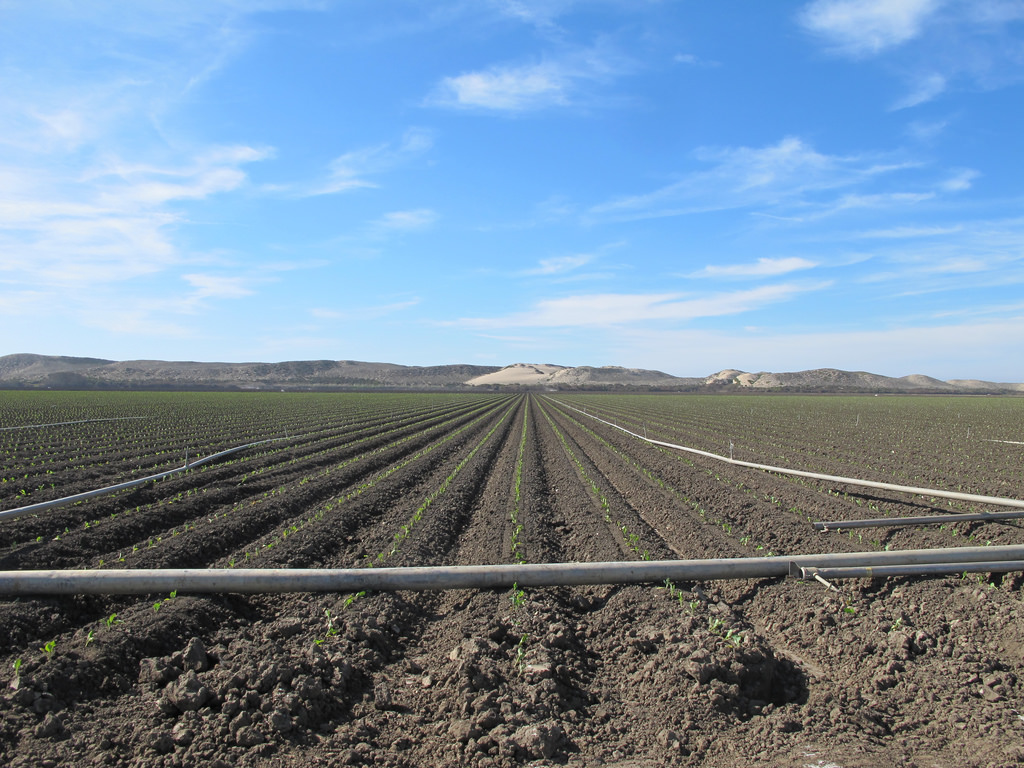 Finding fresh water in California, with its unsteady climate and uneven distribution of rainfall, is known to be a challenge. But what to do with that water once it is used has also become a pressing question for the state. The problem is salinization, which occurs when salts such as sodium, chloride, boron, and selenium accumulate in soils or water at a level that is toxic to humans, crops, and animals. According to the State Water Resources Control Board (SWRCB), increasing salinity in soil, aquifers, and rivers is rendering those resources unusable, and the economic impact could devastate California’s economy (SWRCB 2009). At the 2017 Water Policy Conference, which convened water board members and legal representatives from across the state, panel members expressed concern that not addressing California’s increasing soil salinity could leave residents without clean drinking water in as little as ten years.

Even freshwater carries some amount of dissolved salts, and problems arise when those salts are left behind after the water evaporates, or if salts are added to an area as fertilizers and softeners. Compounding this issue is the natural geography and climate of California; a high water table and low rainfall currently require pumping groundwater or transferring water from other regions to ensure everyone has enough. When water for drinking or irrigation is imported from elsewhere in the state, as is common practice, much more salt is added to the receiving area where it is moved than the surface flows can wash away, so it accumulates in the soil or percolates into the groundwater, where it contaminates the water supply. High salinity disrupts the ability of plants and animals to maintain cellular function. More than 100,000 acres of farmland have been retired in the lower San Joaquin Valley due to salinity (SWRCB 2006), and the endangered delta smelt are stressed by excess salts from freshwater diversions and sea-water intrusion in the Sacramento-San Joaquin Delta (Komoroske et al. 2016).

Although wastewater discharges are regulated by federal and state laws, waiver programs make it possible for some users to circumvent water quality regulations, resulting in little accountability for poor water quality. The cost of excess salts disposal is often passed on to municipal water users, who must pay to treat water and repair infrastructure damaged by high salinity. Stakeholders, environmentalists and state and federal officials created the Central Valley Salinity Coalition in 2008 to help solve the San Joaquin Valley’s complicated wastewater management predicaments, and they proposed several options to decrease salinity levels. These include improving water quality at the source by using salt-tolerant crops or less fertilizer, and by leaching out the salts. Salts can also be disposed of after use in evaporation ponds or deep aquifers, or can be shipped off-site to be treated or dumped. Off-site treatment at a municipal facility is currently the most cost-effective and environmentally friendly method of salinity mitigation.

After much planning and collaboration, the Inland Empire District created a pipeline system called the Brine Line for this purpose, which collects wastewater and transports it first to a municipal treatment facility, then to the ocean. Another current strategy is increasing drainage so that more salts are carried away in runoff and do not end up in groundwater. Other technological options such as reverse osmosis and desalinization are too costly at this point to be viable solutions for small municipalities (SWRCB 2016). Southern California learned some hard lessons early on about salinization from sites such as Kesterson Wildlife Refuge, which became contaminated by selenium, and the Salton Sea, which is now saltier than the ocean and highly degraded. The Central Valley is attempting to avoid the same fate by identifying and implementing solutions. Ultimately, the Salinity Coalition emphasizes the need for balance between those that export water and those that use it. They estimate the restoration of California’s aquifers and soils could take anywhere from 10 to 50 years to accomplish, but acting now might ensure enough time to preserve California’s most valuable resource: clean water.