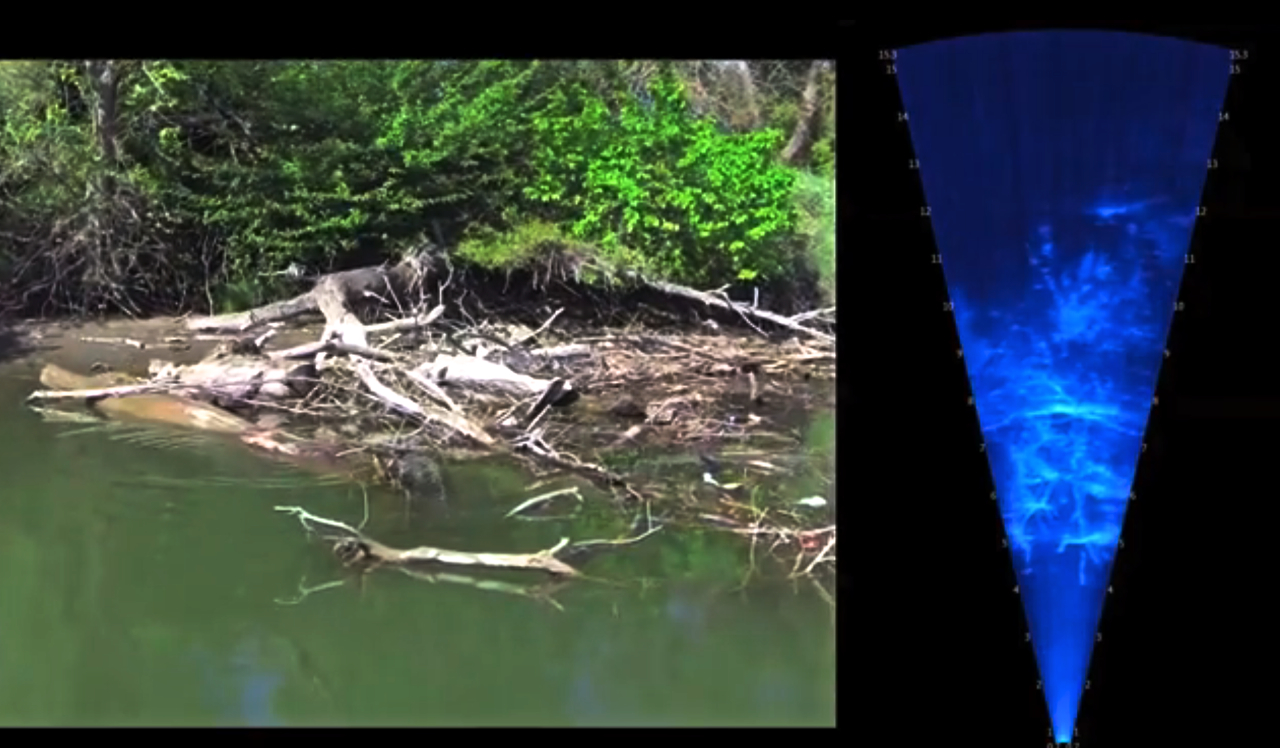 Counting migratory fish, studying fish behavior, and visually assessing aquatic habitat can typically only occur in environments with clear and shallow water. In more turbid streams such as the Sacramento River, seeing what’s below the waterline often requires the use of sophisticated sonar technology. Dual-Frequency Identification Sonar (DIDSON) has been used extensively to estimate abundances of migratory fishes (mostly salmon) with relatively high accuracy (Holmes et al. 2006); to remotely measure fish swimming past the camera (Burwen et al. 2010); and to study fish behavior under a variety of conditions (e.g. Mueller et al. 2006, Boswell et al. 2008). Murky waters pose no obstacle to this camera because it relies on pulsed sound waves rather than light to generate images of fish and the underwater landscape. As a consequence, sonar technology has become a valuable tool for fish and habitat surveys when environmental conditions limit traditional approaches.

Improvements to the resolution and clarity of sonar imagery have been made possible through Adaptive Resolution Imaging Sonar (ARIS), sometimes referred to as the “next generation “DIDSON.” Last year, FISHBIO used this technology from shore, with the camera mounted securely to an adjustable steel casing. More recently, the talented hands in our FABLAB have devised a custom-fabricated boat mount for our ARIS, with electric motors that allow us to control the pan and tilt of the unit. This mounting system gives us the flexibility to visually assess habitat complexity in areas where suitable shoreline access is limited, and to conduct mobile surveys across long reaches of nearshore habitat.

However, what’s hidden below the water’s surface often only tells half the story. Always striving for innovative approaches to environmental monitoring and research, our technicians decided to pair a traditional video recording system with the ARIS. Merging and synchronizing such technologies makes it much easier to relate underwater structures to reference points on land, and can provide a hybrid view of nearshore habitat. During a recent survey on the Sacramento River, we were excited to catch a glimpse of some turtles, first basking on a log, then obligingly diving off their perch to give us an ARIS perspective as they sought refuge under water (as shown in this video). Clearly, potential uses for this technology are diverse, and we’ll be sure to share our findings as we continue to explore novel applications of this hybrid approach.