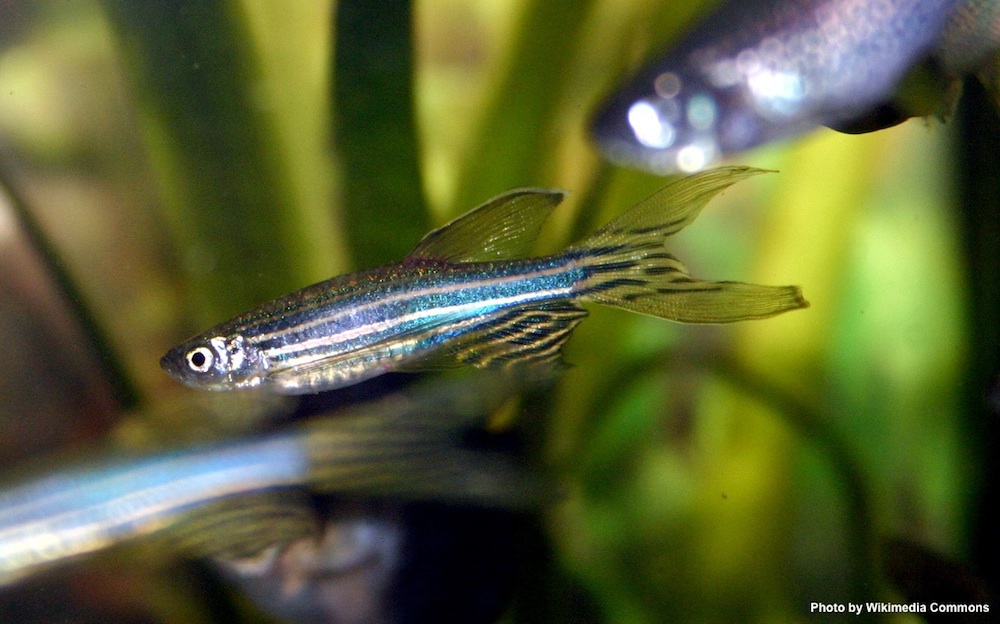 When it comes to some fish, fear may be contagious – or at least, it’s easily spread. This happens in the form of schreckstoff, a chemical “shock substance,” that certain fish taxa release when they are injured or distressed. Austrian animal behavior scientist Karl Ritter von Frisch originally discovered this substance by accident in the 1930s, when he found that an injured minnow (with an incision in its skin) caused behavioral distress in other minnows in the same water (Stensmyr and Maderspacher 2012). Release of this fright substance, which is harbored in the skin, triggered darting and predator avoidance behaviors in other minnows.

The actual chemical nature of schreckstoff was not identified until much later, when it was proposed that hypoxanthine-3-N-oxide (H3NO) was the substance responsible (Stensmyr and Maderspacher 2012). However, over years of studying schreckstoff, research has shown that H3NO may not be the exact culprit. Mathru et al. (2012) found that H3NO extracted from the skin of zebrafish (Danio rerio) did not produce a full suite of behavioral alarm responses in other zebrafish (such as slow swimming, descent to the lower portion of the tank, and darting behavior), and the researchers also found that multiple substances extracted from schreckstoff prompted differing behavioral responses. This indicated that the active substance was more a cocktail of multiple ingredients, rather than just H3NO itself. Mathru et al. also found that the skin of zebrafish did not have to be lacerated to elicit the release of schreckstoff. Rather, the fish could be briskly shaken, and the mucous excreted from its skin had the same effect. This provided further insight into the mechanisms of releasing and sensing this alarm substance.

Zebrafish are not the only fish with this shocking ability. Schreckstoff production is characteristic of fish belonging to the Ostariophysi super-order, which comprises a significant number of species. This chemical signal has also been discovered in sea urchins, sea slugs, plants, and insects (Stensmyr and Maderspacher 2012). While this chemical alarm serves to warn other fish of danger, it also has been shown to attract more predatory fish to the area, perhaps as an attempt to help prey fish escape as many predators descend and interact with each other (Mathis et al. 1995).

Whether the function of schreckstoff is to warn others, increase the probability of escape, or serve some other function, the ability of fish to detect chemical cues in the water may be at risk due to anthropogenic causes. Increased water acidification can have detrimental impacts on fish that rely on chemical cues, and acidification has been shown to reduce predator avoidance and increase straying in clown fish (Munday et al. 2009; Simpson et al. 2011), as well as increase straying and decrease foraging ability in Atlantic salmon (Leduc et al. 2013). While humans can’t sense the release of schreckstoff, the potential effect of climate change and ocean acidification on this substance really is some scary stuff.