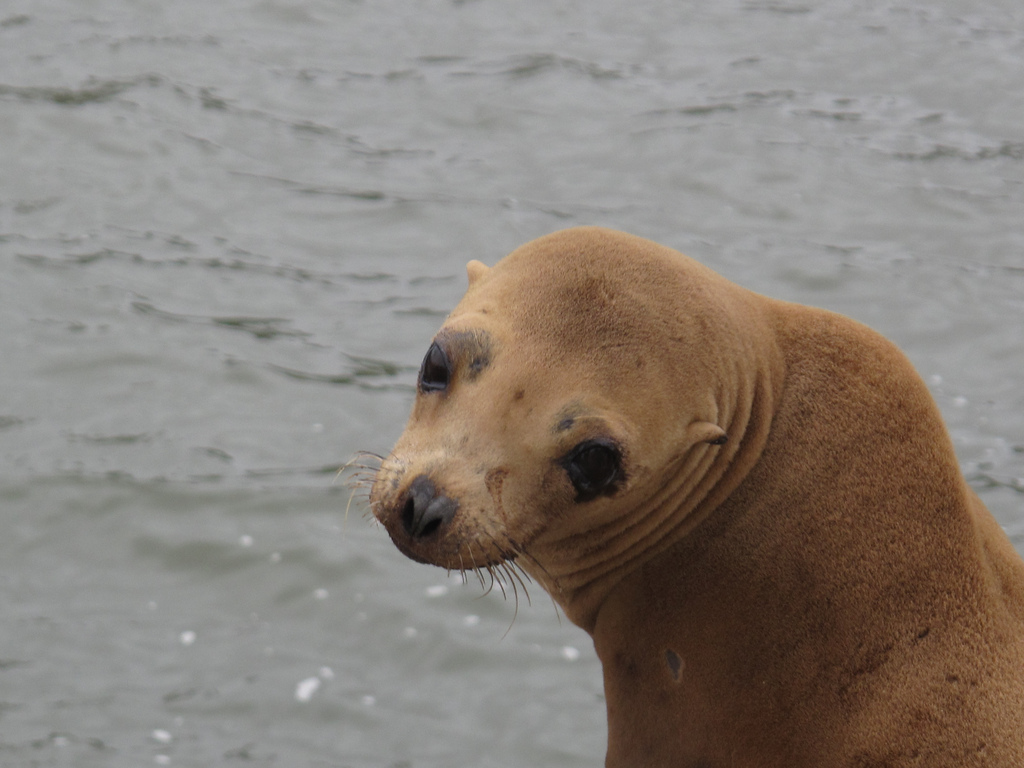 On World Oceans Day today (June 8), we’re reflecting on the news that the California Current Ecosystem is changing. In this important marine environment off the West Coast, wind and water combine to fuel the production of rich wildlife diversity and bountiful fisheries (see Wind-powered). However, the National Oceanographic and Atmospheric Administration (NOAA) recently issued a rather grim diagnosis in their 2015 State of the California Current Report. The report concludes that the climate on the West Coast is becoming warmer, which is leading to less productivity of nutrients and phytoplankton in the Pacific Ocean. This decreased productivity will have major impacts on the base of marine food web, which will be felt all the way to the marketplace, and affect everything from sea lions to salmon.

The report prepared by NOAA Fisheries’ Northwest Fisheries Science Center and Southwest Fisheries Science Center is a product of NOAA’s Integrated Ecosystem Assessment Program, which tracks trends across seven major ecosystems in the United States. The scientists note that in prior years, the California Current Ecosystem has been highly productive, with strong upwelling bringing nutrient-rich, cold waters from ocean depths to the surface. These nutrients fuel the growth of copepods, which are an important food source for many fish species, including salmon and juvenile rockfish. But “blobs” of warm water in the Gulf of Alaska and off the coast of Southern California expanded in early 2015, eventually joining together to cover the vast majority of the West Coast. The expanding blobs were accompanied by incoming warm waters from the south, which brought along copepods normally limited to subtropical regions. These subtropical copepods are not as energy-dense as the cold-water copepods that typically inhabit West Coast waters, and as a poorer food source they are often linked to lower productivity and weaker returns of salmon. The declining biomass of energy-rich copepods caused by warm waters and weakened upwelling is one of the report’s many highlights.

Large die-offs of top predators are another indicator of changing ocean conditions highlighted in the report. Scientists believe the unusually high mortality of California sea lion pups in 2013 is linked to changing ocean productivity. Sea lion survival appeared to increase in 2014, but the scientists note that the average weight of the pups has decreased again this year, which may indicate the start of another unusual mortality event. Indeed, rescue organizations in Southern California have reported increasingly high numbers of starving pups. Seabirds are also already feeling the effects of a changing food web. The report mentions that the biomass of seabirds from 2009–2013 was stable or increasing, but since early 2015, Cassin’s auklets have experienced mass mortality due to starvation. These changing ocean conditions are also particularly worrisome for salmon, which are already facing tough conditions in their freshwater habitats due to the California drought. Juvenile salmon entering an ocean with less food will face additional challenges for survival, which could result in poor salmon returns in future years.

The report also discusses some anticipated impacts to the West Coast commercial fishing fleet. While the fleet continues to have high landings in 2015, the fisheries are becoming much more specialized by focusing on a smaller range of species. This makes the fleet less stable and more susceptible to high losses if particular fisheries experience a bad year. 2015 is already one of the warmest years on record, and scientists have not witnessed a climatic situation like this one before. To make matters worse, El Niño conditions may prolong or even intensify these warm ocean conditions. Researchers will continue tracking marine species and their responses to the changing ocean state while also working to integrate information from the report into the future management of California’s marine resources. There could be many challenges ahead to cope with this potential “new normal” in our local ocean waters.