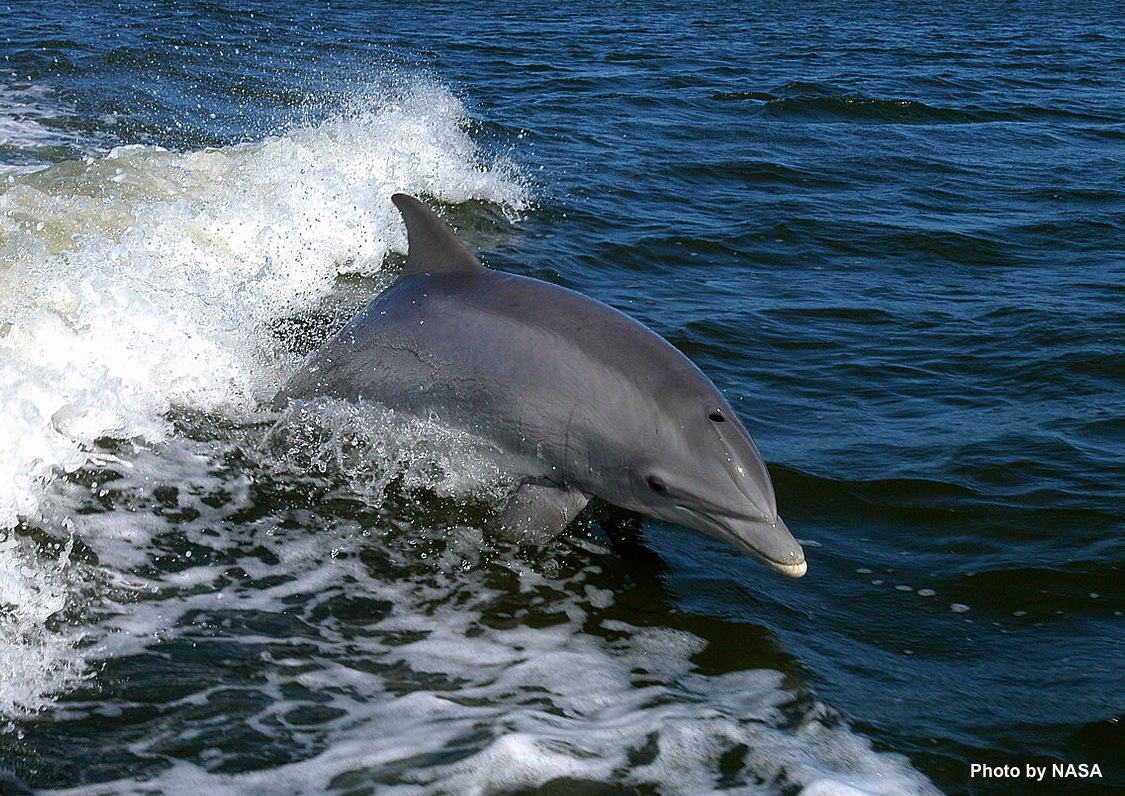 Anyone who has attempted to hold a conversation at a crowded party or near a blaring band knows how exhausting it can be just trying to communicate. The same is true for dolphins and other inhabitants of the ocean, where the sounds of ships and sonar muddy the auditory landscape in the form of “noise pollution.” While some sonar frequencies can have catastrophic effects on whale and dolphin behavior, leading to mass strandings on shore, a new study shows noise can also take a more subtle toll over the long term. Noise pollution changes the way dolphins communicate and forces them to use more energy, according to a study lead by the NOAA Fisheries’ Northwest Fisheries Science Center and the University of California Santa Cruz. Published in the Journal of Experimental Biology, the study shows that dolphins need to make louder and more frequent calls to communicate in areas with a lot of noise, which diverts much-needed energy away from important biological processes like reproduction.

The research was funded by the Office of Naval Research, which also supports a NOAA Fisheries program on threats to killer whales in Washington’s Puget Sound. In 2014, the program  released a 10-year report on the effects of noise pollution on these resident killer whales. Scientists found that noise pollution is making it difficult for the whales to echolocate, or “see” with sound, which hinders their ability to communicate and find prey. This means the whales likely have to spend more time foraging before successfully finding food. Dolphins produce sound in similar ways to killer whales (which are actually a species of dolphin), and in the recent study, scientists examined the energy expenditure of captive bottlenose dolphins at UC Santa Cruz. The dolphins were trained to whistle at different volumes (the volume they would use to communicate in normal conditions, and the louder volume they would use in noisy waters). The scientists then placed a dome-shaped plastic hood over the dolphins’ heads that measured how much oxygen the animals were consuming while whistling.

The research team found that the dolphins’ metabolic rate increased as they made louder sounds, to the point that they consumed 80 percent more oxygen when whistling their loudest compared to the volume they would normally use to communicate. Dolphins are also known to whistle more frequently in the presence of boats, which also expends more energy. The researchers note that a continual need for even a little extra effort can be taxing in the long term, especially for young, growing animals or nursing mothers that are struggling to feed their offspring. The Navy, which has come under fire for contributing to the problem of noise pollution by using sonar, is funding studies such as this one in an effort to better understand the biological impacts of sonar. There are other culprits as well: high levels of ship traffic and mapping sonar used by oil companies are also major contributors to the increasing commotion in the oceans. With many potential sources identified, scientists are becoming increasingly convinced that noise pollution is having detrimental effects on marine mammals. Hopefully, this research can inform policy actions that protect dolphins and other marine mammals, such as increased regulations for ship traffic, altered shipping lanes, and limits on the use of different types of sonar. The problem of noise pollution is largely preventable – let’s hope the message comes through loud and clear.