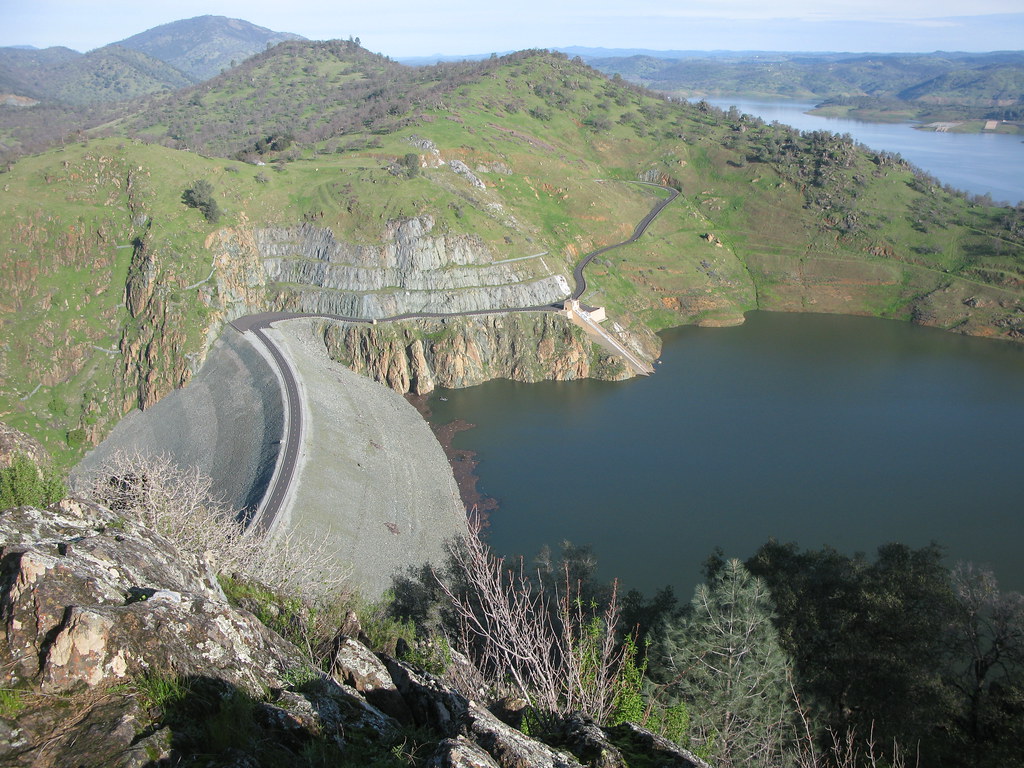 Just as a river’s water sculpts the landscape that it flows through, so too has this vital resource shaped the development of California. The state’s history is inextricably intertwined with the availability of and demand for water, and one could spend an entire career studying this multifaceted topic. Fortunately, the Water Education Foundation provides a condensed overview of these intricate issues through their Water 101 Workshop, which offers a thorough introduction into the bamboozling world of California water. FISHBIO staff have attended this workshop over the past few years, and the informative presentations from experts in the field have enriched our understanding of the aquatic landscape in which we work. A quick journey through the decades sets the context for the issues of today and reveals the evolution of California’s relationship with its most precious natural resource.

California is one of only five locations on Earth with a Mediterranean climate. These sunny, inviting regions are generally characterized by large populations and highly stressed water resources. Native Americans that inhabited what is now California made use of water where it was available for thousands of years, but that changed with the appearance of European colonists. The development of pumping systems in the mid-1800s allowed people to access more water in new places, and the discovery of gold marked the beginning of water use for industrial purposes in the state. Hydraulic mining, in which powerful water jets were used to blast away hillsides, began in 1853. This released massive amounts of sediment into rivers and used enormous quantities of water, and the degradation resulting from these reckless operations led to the country’s first environmental laws being passed.

As California’s population continued to expand, paradoxically the majority of people took up residence in the driest areas. Rather than people moving to the water, the water was moved to them via enormous water infrastructure projects. In the early 1900s, construction began on the Hetch Hetchy System and the Los Angeles Aqueduct that supply water from the Sierra Nevada Mountains to the cities of San Francisco and Los Angeles, respectively. Both the federal and state governments continued to fund infrastructure to store and move water around California, culminating in the mammoth undertakings of the federally managed Central Valley Project in 1940 and the State Water Project in 1960, which transfer water from the Sacramento-San Joaquin Delta to other parts of the state. Today, about 90% of the water moved through the Central Valley Project (which includes New Melones Dam on the Stanislaus River, shown above) is used to irrigate farms in the Central Valley, whereas the State Water Project sends about 30% of its water to farms in the San Joaquin Valley and the remaining 70% to urban uses in the Bay Area, Central Coast, and Southern California. Both projects are obligated to maintain the water quality of the Delta, which they use to convey water, and as a result they coordinate and manage their operations on a daily basis.

A few stats communicate the magnitude of California’s water economy. According to the Public Policy Institute of California, $33 billion is spent on water annually, including $28 billion by local agencies, $4 billion by the state government, and $1 billion by the federal government. Of California’s total water supply, approximately 40% is used for agriculture, 10% for urban use, and the remaining 50% to support aquatic environments. Water is heavy and moving large volumes across vast distances consumes a significant amount of energy – 20% of the state’s total electrical supply, in fact.

Over the years, new regulations such as those associated with 1992’s Central Valley Project Improvement Act have altered the performance of the water projects, and in response users have begun to diversify their water supply “portfolios.” This has led to new water supplies from sources like desalination, wastewater recycling, water conservation, and stormwater capture. Many of these approaches have been remarkably successful, such as water conservation efforts in Los Angeles that allow the city to use even less water now than it did in the 1970s. The development of California’s water system has been a complex process defined and shaped by the state’s unique geography and climate. The diverse mix of federal, state, local, and private interests involved in water management must balance human demand for water with natural resource protection, a thorny issue compounded by drought conditions. Clearly, water will remain one of California’s central challenges into the future. Learn more about the Water Education Foundation’s upcoming events here.