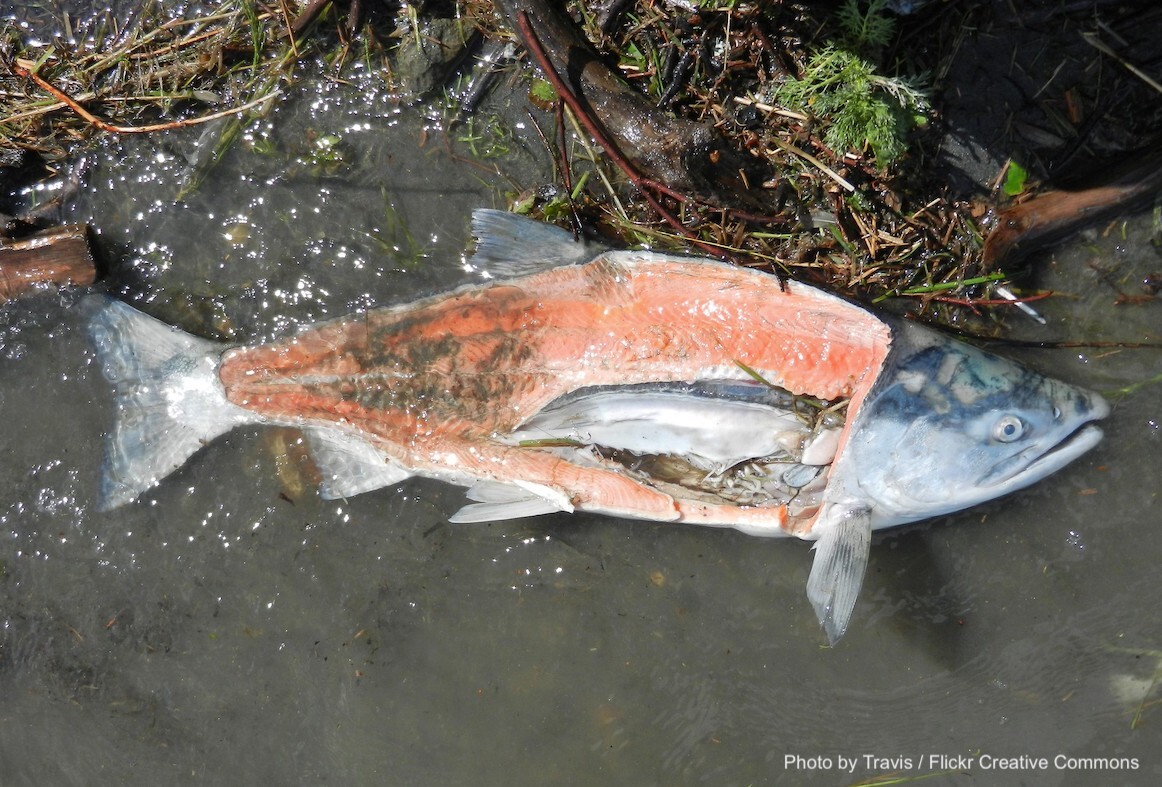 From the largest fish to the tiniest insects, every animal on Earth is aerobic, meaning it requires oxygen to survive. At least, this was assumed to be a universal truth, until an exception was recently discovered. The rule-breaker would have been easy to overlook – it’s a parasite that stays hidden away from prying eyes, alternately within the cozy confines of a salmon’s muscle tissue and the humble abode of a worm’s body. However, this didn’t stop a team of resourceful scientists from discovering the remarkable physiology of Henneguya salminicola (Yahalomi et al. 2020). Although many single-celled organisms have adapted to anaerobic, or low-oxygen environments and have lost the ability for aerobic respiration, this discovery represents the first multi-celled animal to have no need for oxygen, providing insight into the evolution of new metabolic pathways and raising interesting questions about adaptation.

H. salminicola belongs to a class of animals known as Myxozoans, which are enigmatic relatives of jellyfish that live as parasites with complex lifecycles requiring two hosts – usually a fish and a worm. Another species of Myxozoan is responsible for the infamous “whirling disease” that sometimes afflicts salmon in aquaculture operations. H. salminicola is also a parasite of salmonids, including Chinook (Oncorhynchus tshawytshaw) and coho (O. kisutch) salmon. The authors of this study assessed the genomes of both H. salminicola and the closely related Myxobolus squamalis in an attempt to piece together how H. salminicola has managed to do away with the basic animal need for oxygen. In particular, they sought to assess whether H. salminicola had completely lost the mitochondria from the cells of its body. Mitochondria are often called the “powerhouse of the cell” because these organelles are responsible for creating energy – notably by consuming oxygen in the process. The mitochondria in an animal or plant cell have their own genomes, which hold the genetic blueprints for the proteins involved in this energy creation process. By sequencing mitochondrial genetic material, the scientists were able to see whether any still existed, even in part, in H. salminicola. In addition, they used microscopy techniques to look for any structures resembling mitochondria in H. salminiciola cells.

Although M. squamlis retained functional mitochondria, H. salminicola was discovered to have done away with its mitochondrial genome, implying that this animal is no longer capable of standard aerobic respiration. However, microscope images revealed mitochondrial-related organelles, which retain some of the physical characteristics of mitochondria but lacked all of the normally associated genetic information. These structures, along with the detection of remnants of known mitochondrial genes, suggest that the loss of the mitochondrial genome and aerobic respiration may have been a relatively recent evolutionary event in this species. How H. salminicola’s metabolism functions without the standard oxygen-based cellular machinery is still a mystery, and it may be difficult to ascertain since it is currently impossible to raise this species in a laboratory. There are still many unknowns about its multifaceted lifecycle, but in its fish host it is known to occur in white muscle, a tissue known to use anerobic metabolism. In addition, it likely uses a worm from the family Naididae as its invertebrate host, and members of this family are known to inhabit oxygen-free environments, This means the parasite may spend its entire life in environments where oxygen simply isn’t available, which in turn may have driven the loss of its mitochondrial genome. Of note, this discovery may lead to new approaches to treating H. salminicola outbreaks in salmon, as anaerobic organisms are known to be sensitive to certain pharmaceuticals.

The authors speculate that losing genes that don’t confer any useful information may be evolutionarily advantageous for organisms like H. salminicola. This is because the energetic cost of each gene is much higher in a species with a small genome, as is the case for this little parasite. Myxozoans have undergone remarkable changes to make the evolutionary transition from free-floating jellyfish to fish parasite. The missing parts of their genome were likely present in their ancestors, but appear to have been lost as they adapted to a new lifestyle. Tidying up their genome and casting off all useless components seems to have been a very successful strategy for these petite parasites, and their adaptations demonstrate that in the arms race of evolution, sometimes it’s best to keep it simple.