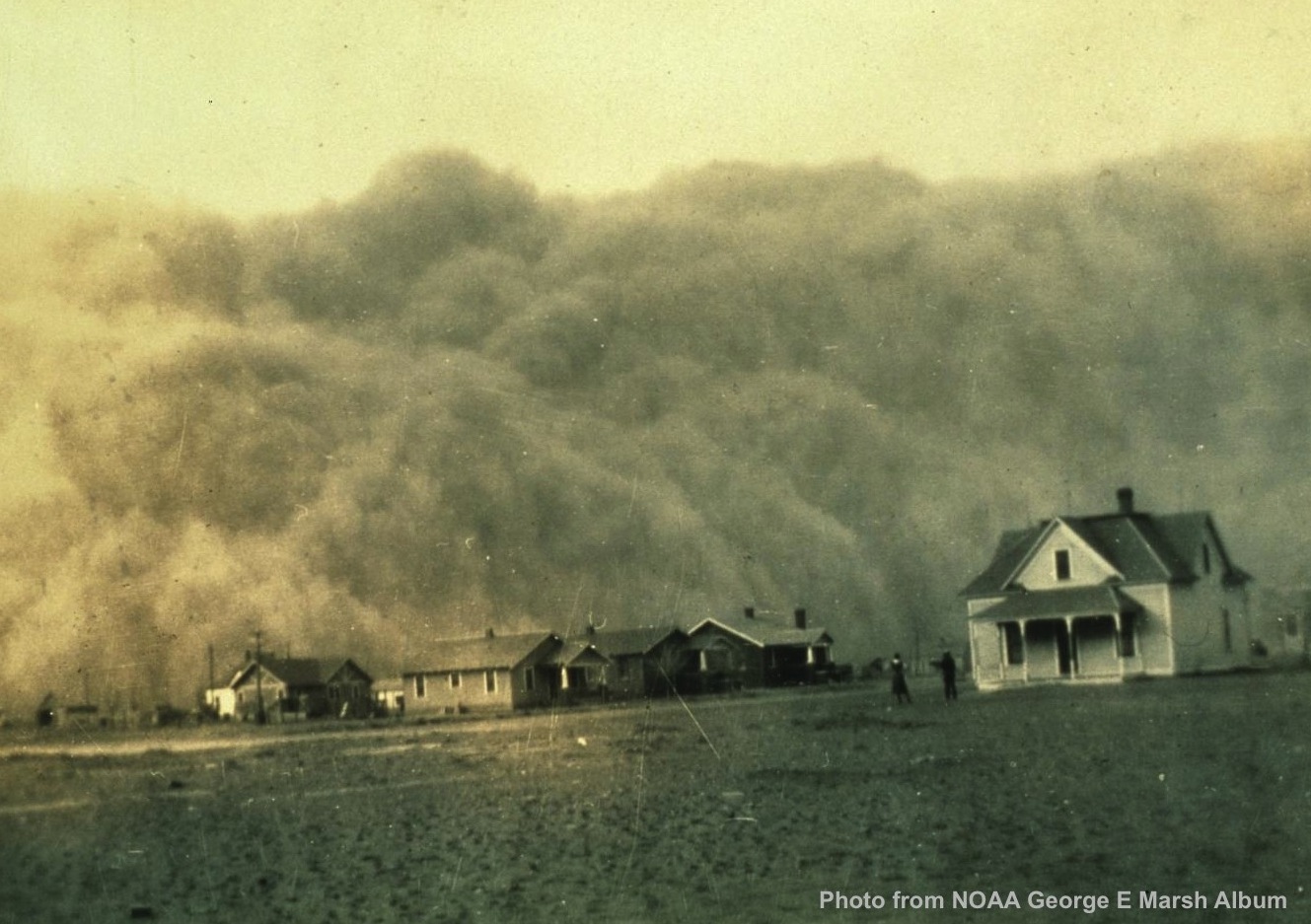 The Dust Bowl was a devastating period in American history, and new research suggests that, surprisingly, the oceans are partly to blame. A team of researchers lead by the Australian Research Council’s Centre of Excellence for Climate Systems Science recently discovered a likely driver behind two of the hottest years on record: ocean “hot spots,” or patches of ocean with abnormally high temperatures, that created changes to rainfall and temperature on land. Their work, published in a recent edition of Climate Dynamics, may help meteorologists predict other record-breaking heat events before they happen.

The summers of 1934 and 1936 remain two of the hottest ever recorded in the central United States. This record-breaking heat was the backdrop to a decade known as the Dust Bowl or the Dirty Thirties, when more than half the states across the country recorded their all-time highest temperatures, and prolonged drought and poor agricultural practices caused extreme dust storms that whipped dirt across the U.S. plains. The conditions destroyed an estimated 100 million acres of farmland, and drove an exodus of people from the plains to the West Coast, as epically depicted in John Steinbeck’s The Grapes of Wrath. In the recent study, the authors showed that unusually warm sea surface temperatures also occurred at the same time in isolated regions of the Atlantic and the Pacific oceans, creating unprecedented climatic conditions that affected the temperatures and rainfall in the central United States (Donat et al. 2015).

Specifically, warming in the Atlantic off of Nova Scotia and Maine caused typically southerly winds to shift to the northeast, weakening their usual transport of moist air north from the Gulf of Mexico. At the same time, warming in the Pacific, stretching from the Gulf of Alaska south to Los Angeles, created a high-pressure zone that also reduced the transport of moist air from the West Coast. Together, these events dramatically reduced spring rainfall in the central U.S., which in turn contributed to hotter summer temperatures, and set the stage for the Dust Bowl.

While these conditions may sound familiar to the extreme drought currently underway in California, the ocean hot spots don’t quite line up in the same way. The scientists compared the marine conditions in 1934 and 1936 with the conditions in 2011 and 2012, two recent years of record heat. While they found that waters were indeed warmer off the coast of Maine and Nova Scotia during both time periods, temperatures were actually below normal off the Gulf of Alaska in 2011 and 2012. In fact, over the past 100 years, it has been very rare for both specific ocean spots to warm at exactly the same time. But when they do, they can create a “perfect storm” of extreme temperatures, which has lead to disaster in the past. The researchers warn that the next time both of these ocean areas heat up, the effects in our warmer climate could be even more devastating than before.

The oceans play an important, though often unappreciated, role in regulating our climate, which is all the more reason why scientists are keeping an eye on the “warm blob” of water in the Pacific Ocean thought to be exacerbating our current drought. Fortunately, this research may allow meteorologists to predict record summer temperatures before they happen, allowing for some preparation and better management of resources to prevent a repeat of the Dirty Thirties.