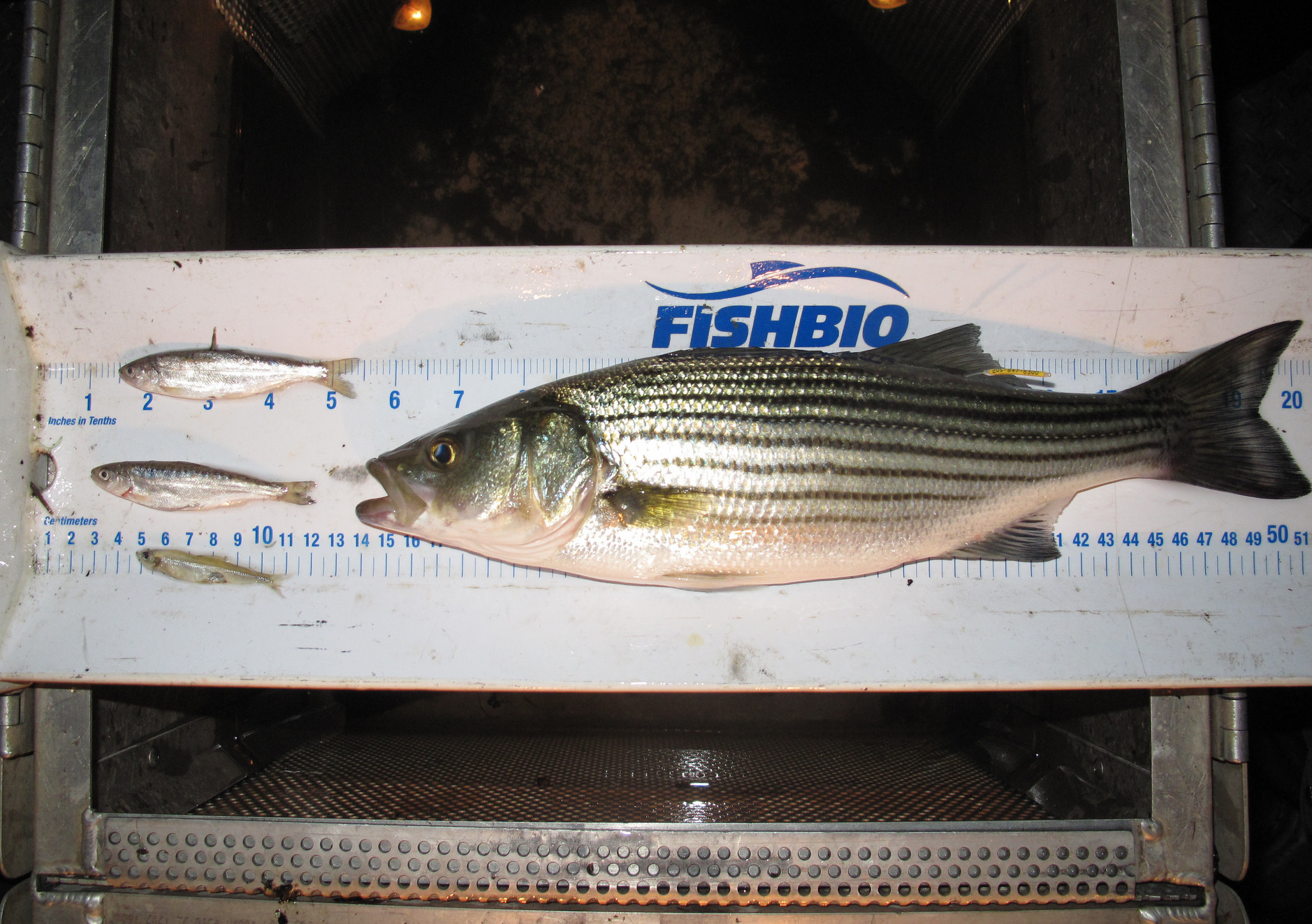 California’s Sacramento–San Joaquin Delta system has become a place where the odds are stacked against salmon. Over the last few decades, a diverse group of stakeholders has spent billions of dollars trying to address the array of challenges linked to salmon declines in the highly-modified Central Valley. Riverbeds have been restored to increase habitat for salmon to spawn, water in-take structures have been screened to reduce juvenile fish entrainment, commercial fishing efforts have been reduced, and more water has been sent down Central Valley rivers. Despite the huge amount of money and effort spent, many salmon populations remain in a precarious state. Amid the specific actions identified that can promote salmon recovery, only one continues to remain unaddressed: reducing predation by non-native fishes, such as striped bass, largemouth bass, and small-mouth bass, that eat young salmon and trout.

While state and federal wildlife agencies, university researchers, and water users all agree that predation from non-native fishes is a major stressor on salmon populations, we have done nothing to try to directly curb its impact. A recent petition by water agencies to the California Fish and Game Commission attempted to introduce changes to sportfishing regulations that would have increased the harvest limits of non-native predatory fishes. Contrary to hyperbole from sportfishing interests, these changes would not have eliminated sportfishes from the Delta; they would simply have reduced the overall predator abundance, and eased the rate of predation on juvenile salmon and other threatened fish species. However, this petition was withdrawn when word spread of the Commission’s intent to reject the petition without justification. This outcome echoes a failed proposal from CDFW to the Commission in 2011 to change sportfishing regulations. That proposal was rejected, in part due to strong resistance from recreational fishermen.

Simply making it easier to catch and keep predatory fish is free, fast, and (as evidence from elsewhere suggests) effective. Unlike everything else we’ve tried to date to recover California’s salmon and other threatened and endangered species, these changes don’t require costly investments or take decades to implement. Furthermore, continued inaction on the issue of predation undermines the billions of dollars invested in trying to help restore California’s iconic native salmon. Stakeholders from farmers to commercial fishermen have agreed to compromises in the interest of helping salmon; it makes sense for the recreational fishing community to pitch in a little too.

A common-sense approach to predation also means actually testing the effects of predator fish reduction through scientific studies. This would allow making decisions based on evidence, rather than untested theories. Some have cautioned that reducing the number of striped bass in the Delta may just allow another dominant predator to take its place. However, this concern is based on theory, not observations, and a previous predator removal experiment conducted in the Delta did not result in increased abundances of other predators. Furthermore, more than 20 years of successfully reducing an abundant native predator in the Columbia River has resulted in no evidence of benefits to other predators. Since 1990, the Bonneville Power Administration has paid anglers to remove more than 3.9 million northern pikeminnow from the Columbia and Snake Rivers, which has reduced predation on juvenile salmon by an estimated 40 percent without eradicating northern pikeminnow. This successful predator reduction program has not only saved salmon (4 to 6 million salmon smolts that would have otherwise been eaten), it is also extremely cost-effective. Of the program’s $2.9 million budget, an estimated $1.4 million has returned to local economies from angling activity, and the increased number of salmon resulted in an estimated $2.7–$9.9 million dollar benefit for economies from California to Alaska.

While salmon also face a range of other challenges, the evidence shows that predators have profound effects on salmon survival. It’s time for a common sense plan to reduce the impacts of predation by non-native fishes and aid the recovery of our native salmon and steelhead. The scale of the proposed minor changes in sportfishing regulations is arguably insignificant relative to the scale of the problem, yet even a small change to ease fishing regulations would represent forward progress. Efforts are also needed on a much larger scale. Similar to ongoing work to understand the factors that influence salmon survival, monitoring programs should also be expanded to understand how bass populations respond to management actions, including fishing regulations, flow, and water diversions. Given the scope of the challenges presented by salmon recovery, we need to consider a range of options.