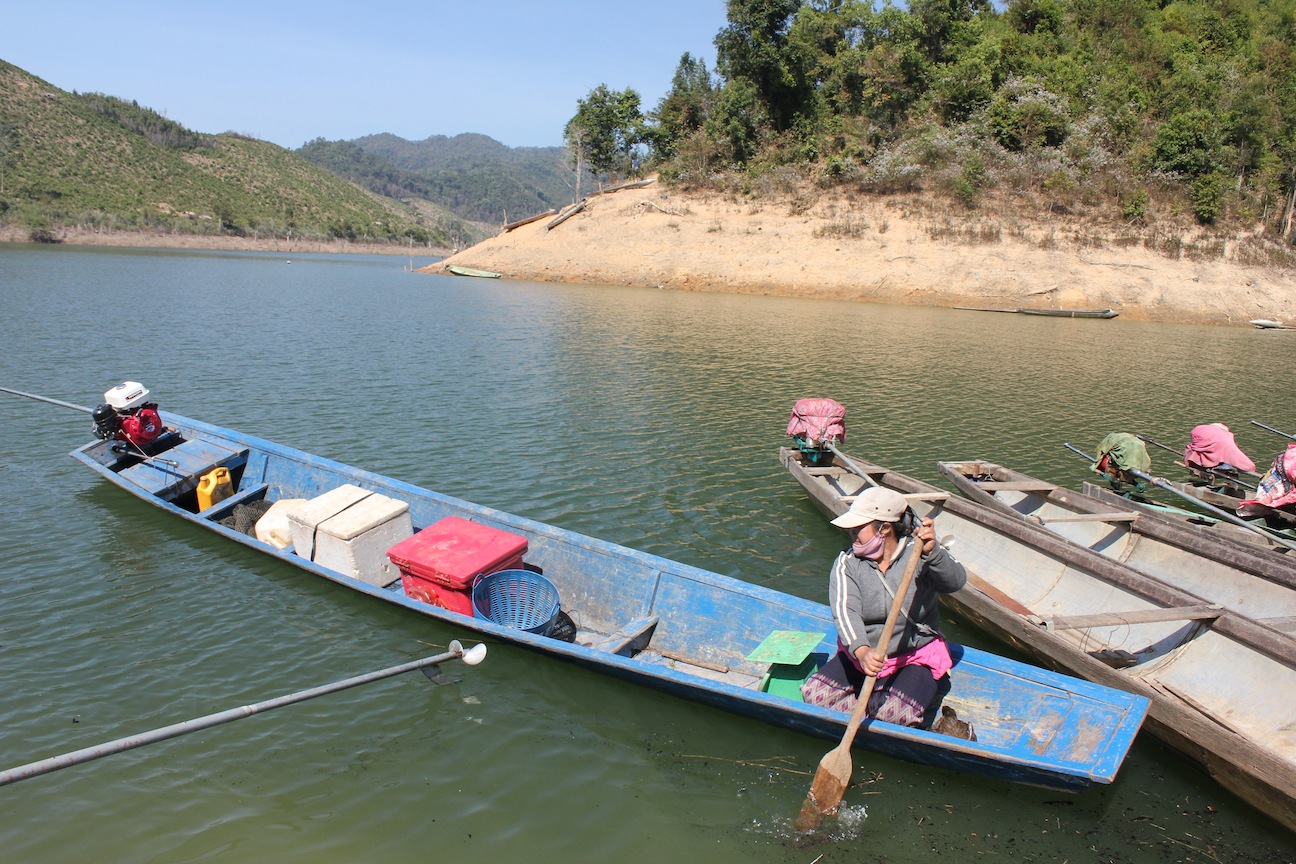 In California, reservoirs are an ingrained part of the state’s agriculture, recreation, and economy. Many of us have fond memories of spending days at these managed lakes fishing for trout and bass, often returning home with a cooler full of fish. It might seem safe to assume that a day of fishing at a reservoir in the tropics would yield similar, if not better, results – especially because the word “tropical” often conjures up idyllic images of lush and productive landscapes teeming with life. However, FISHBIO’s recent work in Southeast Asia has led us to identify some remarkable differences between the effects of reservoirs on fisheries in the tropical climate of the Mekong Basin and those of more temperate regions like the western United States.

Tropical reservoirs often show extreme productivity in the first 5-10 years after they are initially filled (Roberts 2004). During this time, reservoir conditions mimic an unusually large and prolonged wet-season flood, which can result in high fisheries productivity that is often referred to as a ‘windfall’ fishery. However, following this period of increased productivity, most native species do not maintain viable populations in tropical reservoirs (De Silva 2000). Very few families of fish in the tropics are adapted to the lentic (still-water) environment found in reservoirs. Most of the fish found in Southeast Asian reservoirs that can tolerate these conditions, such as tilapia, are introduced species that have origins in the geologically “old” lakes of Africa (Fernando and Holcik 1982). Some native Mekong fish species use the lentic environment in a particular phase of their life cycle (such as reproduction, feeding, or rearing); however, only nine of the numerous migratory species from the Mekong Basin are known to breed in reservoirs (Baran 2008, as cited in Friend and Blake 2009).

Tropical reservoirs face a number of water quality issues than can provide unfavorable conditions for native fish species. In reservoirs with a depth of more than 12 meters, stratification usually occurs between the warm upper water layer (epilimnion) and the cool bottom water layer (hypolimnion) – “cool” being a relative term in the tropics, of course (Sioudom 2013). The temperature difference between these water layers is often very small; however, this stratification or separation between layers can lead to poor water quality conditions forming in the hypolimnion. A lack of aeration and photosynthesis in this bottom water layer, accompanied by bacterial decomposition of organic matter, can create extremely low concentrations of dissolved oxygen, or even lead to anoxic (no oxygen) conditions during the dry season (Schouten 1998). An influx of cool water from heavy rains during the wet season can cause the stratified layers in tropical reservoirs to overturn, distributing anoxic water from the reservoir bottom, which has high levels of hardness, conductivity, alkalinity, turbidity, ammonia, and iron, throughout the rest of the reservoir (Sverdrup-Jensen 2002). Biotic reactions in the lake can also cause high levels of hydrogen sulfide to build up in the hypolimnion, which can lead to massive fish kills when this water is distributed throughout the reservoir during the seasonal overturn (Galy-Lacaux 1997).

As a result of poor water conditions in the bottom water layer, fish distribution in tropical reservoirs is often limited to the top 10 meters of the water, the shallow areas near the shore, and areas around rivers flowing into the reservoir, where water quality conditions are usually favorable for fish (Schouten 1998). However, these productive areas are also common locations for aquaculture cages, which are increasingly being used to supplement wild fish catch and provide livelihoods for local communities. While aquaculture can provide a source of protein and income for some community members, the long-term sustainability of this practice is questionable due to prohibitive costs and environmental degradation.

Aquaculture practices can erode water quality, as the high concentrations of fish can lead to accumulation of organic matter from excessive feed and fecal matter, which further exacerbates the depletion of oxygen in the reservoir (Petr 1994). Additionally, fingerlings and fish feed for aquaculture are usually prohibitively expensive for many community members and hard to reliably purchase, so these fish are therefore often obtained from the reservoir capture fishery, essentially subsuming any increases in overall reservoir fisheries productivity (Amarasinghe 2001). These studies and experiences show that many challenges lie ahead for sustaining inland fisheries in Southeast Asia, where the creation of reservoirs is on the rise. Addressing these challenges will require extensive research at existing reservoirs in the region and innovative approaches that are designed to specifically  account for the unique characteristics of tropical reservoirs.