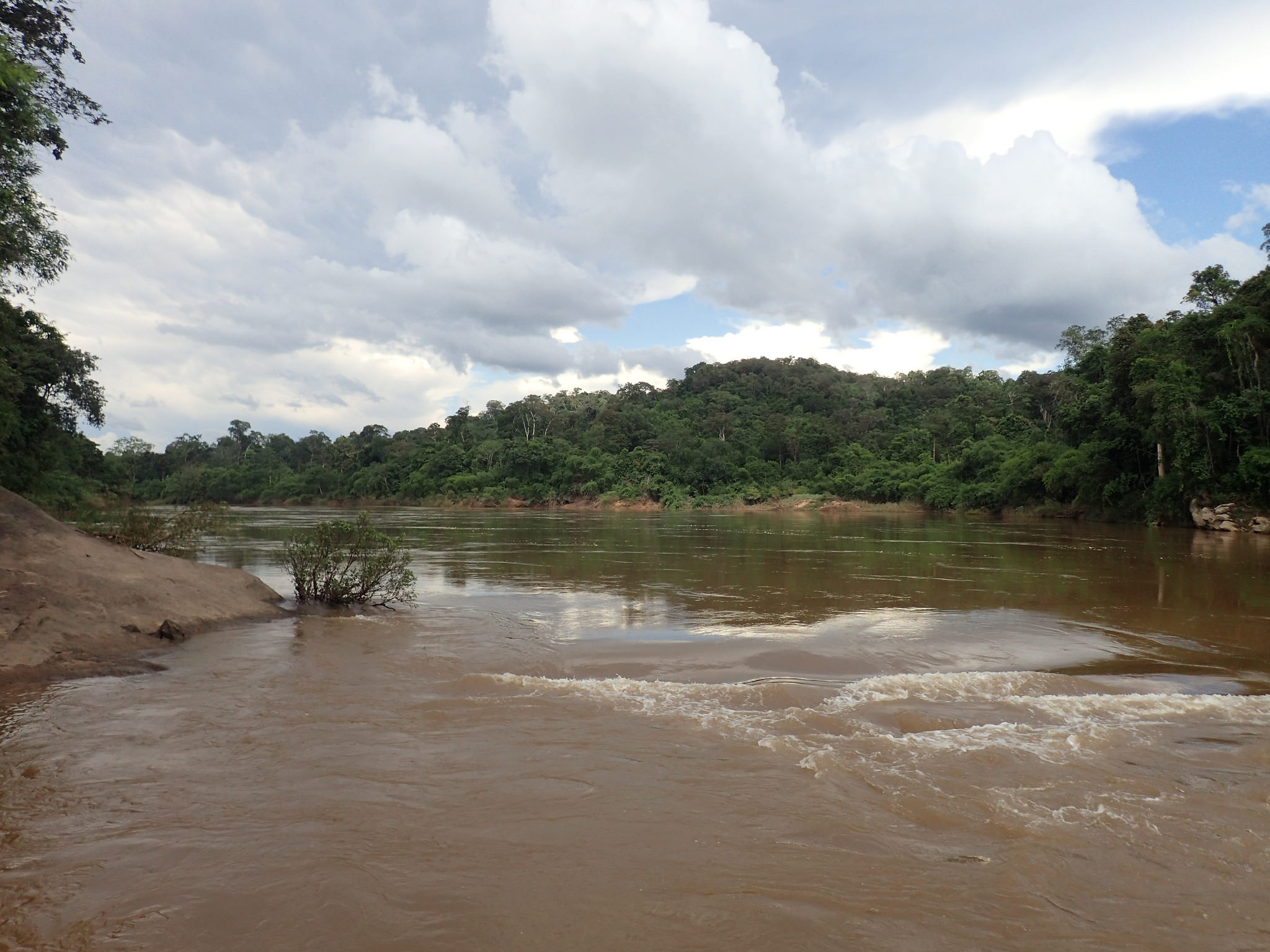 Very little has been published in the scientific literature on the fishes of Lao PDR (Laos) in general, let alone comparisons of fish fauna among different locations within the country. A journal article recently published by a prominent fish taxonomist offers a unique perspective by contrasting the fish biodiversity of two major tributaries of the Mekong River in central Lao PDR, the Nam Theun and the Xe Bangfai rivers (Kottelat 2015). Fish surveys were conducted at an impressive 243 sites throughout the two neighboring river basins between 1996 and 2012 as part of the baseline surveys for the Nam Theun 2 (NT2) hydropower project, which began commercial operations in April 2010. Fishes were collected using numerous methods (electrofishing, gill nets, cast nets, seines, push nets, kick nets, hook and line, traps, spears, and ichthyocides) with the objective of collecting as many species as possible in all possible habitats.

Among the study’s valuable finds were 25 fish species that were new to science at the time of the surveys. A total of 74 fish species were recorded in the Nam Theun basin and its major tributary, the Nam Gnouang (after the two rivers join, they are referred to as the Nam Kading, where FISHBIO has conducted multiple projects). In contrast, 178 species were recorded in the Xe Bangfai basin just to the south. Although the surveys recorded fewer species in the Nam Theun than the Xe Bangfai, they also identified a much higher percentage of endemic species in the Nam Theun (28%, compared with 5%). For the purposes of this study, a fish species was considered endemic to a basin if it had only been recorded within that particular basin.

The difference in endemism likely reflects differences in the available habitat in the two rivers. The Nam Thuen and its tributaries are high-gradient rivers with many rapids and waterfalls, whereas the Xe Bangfai lacks such strong gradients and waterfalls. Many fish species in the Nam Theun have specialized structures that allow them to inhabit rapids, such as fins fused to form a sucker, modified gill openings, and jaws adapted to scraping algae off stones. The rivers also demonstrate striking differences in the locations of their floodplains. The swamp and marsh habitats in the Xe Bangfai are located in the Mekong River floodplain near the confluence, and are inhabited by species present in other similar floodplains along the Mekong in Southern Laos. In contrast, the marsh and floodplain habitat in the Nam Theun basin occurs at much higher elevations on the Nakai Plateau, an area which has mostly been inundated for the Nakai reservoir as part of the NT2 project.

The article also describes ‘biodiversity important species,’ so that additional monitoring and management can focus on these species after the construction of the dam. One intriguing endemic species from the Nam Theun piqued our curiosity. Bitterlings are a genus of fish (Rhodeus) that have an unusual reproductive behavior: laying eggs in the respiratory siphons of certain species of freshwater mussels. The eggs will hatch and remain in the mussels for one to eight months, depending on the species. Bitterlings thus depend on these species of mussels for successful reproduction. Rhodeus laoensis is a bitterling endemic to the Nam Theun, and the mussel associated with this fish has not been confirmed. Due to this integral relationship, the author recommends that management measures focus on both the fish and mussel to ensure that the necessary host species is also conserved.

Some of the Nam Theun’s endemic species can be found in protected areas above the reservoir, but close monitoring of the endemic species from the Nakai Plateau and further downstream is recommended. The study author recognizes that the numerous surveys conducted for the NT2 project have greatly informed the scientific knowledge of fish species biodiversity in Lao PDR. Such studies have contributed either directly or indirectly to the documentation of over half of the country’s known fish fauna, which highlights the importance of sharing this valuable information. These studies illustrate the wealth of scientific information that is still being uncovered about fishes of Southeast Asia, which is needed to inform their management and conservation.