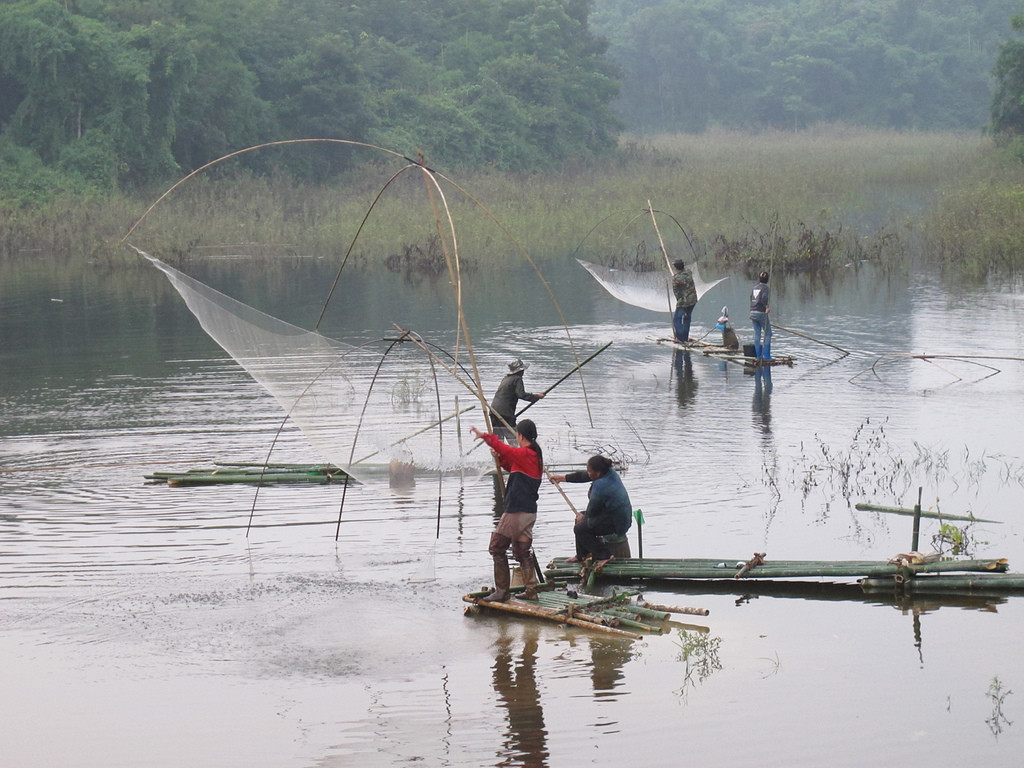 In honor of International Women’s Day on March 8, we wanted to shine a spotlight on the important but often hidden contributions of women in supporting and sustaining fisheries. In fishing communities around the world, women may be as actively involved in fishing work as men. However, because the nature of their activities usually differs from men’s, they are often overlooked or not included in fisheries studies. According to a Food and Agriculture Organization (FAO) survey of nine major fishing countries, women make up nearly half (46%) of the fisheries workforce when fish processing activities are included, and this percentage is as high as 57% in Cambodia, 72% in India, and 73% in Nigeria (FAO 2008). But while women are often key actors in fisheries, they are commonly excluded from making fisheries management decisions, often due to cultural norms.

The prevailing characterization of gender roles in small-scale fisheries is that men catch the fish, while women predominantly process the fish and sell them at market (FAO 2008). While largely true, this generalization does not capture many aspects of women’s varied roles and responsibilities. Women perform many key activities that make their husbands’ fishing possible, such as carrying fishing gear and boats, transporting fish catch to shore, and repairing fishing gear (Moser 2013). Women also harvest fish themselves, although typically in different areas and using different gear than men (see Need a lift?). While men generally fish from boats at sea or in main river channels, women usually collect fish, frogs, snails, insects and other aquatic animals from wetlands, rice fields, mangroves, or nearshore areas (Moser 2013). Women also play major roles in processing and selling fish at markets, and may spend 40-50% of their time in fishing related activities (Fitriana and Stacey 2012). However, because women’s fishing work often involves helping their husbands or providing food and income for their families, it is often considered domestic or household work instead of fishing.

Despite their active contributions, women are not typically given a voice in fisheries management decisions (Moser 2013, Fitriana and Stacey 2012). There have been some efforts to include women in the process of community fisheries management. However, even if opportunities are created for women to play a more active role, prevailing social and cultural norms often require women to shoulder the majority of household responsibilities, which can constrain their ability to participate in decision-making. (WorldFish Center 2010). Women often take full responsibility for cooking, cleaning, and childcare in addition to fishing. Identifying the roles women play and the fishing activities they perform is a key first step to develop approaches for their participation in fisheries resource management. This is needed because climate change and other environmental changes to fisheries can affect women disproportionately compared to men (WorldFish Center 2010). For example, declines in men’s fish catches due to environmental degradation puts increased pressure on women to replace this food source in their wetland fishing (Moser 2013). Because women play key roles in sustaining small-scale fisheries, they are also important stakeholders whose views and participation ought to be included in fisheries management and conservation decisions.