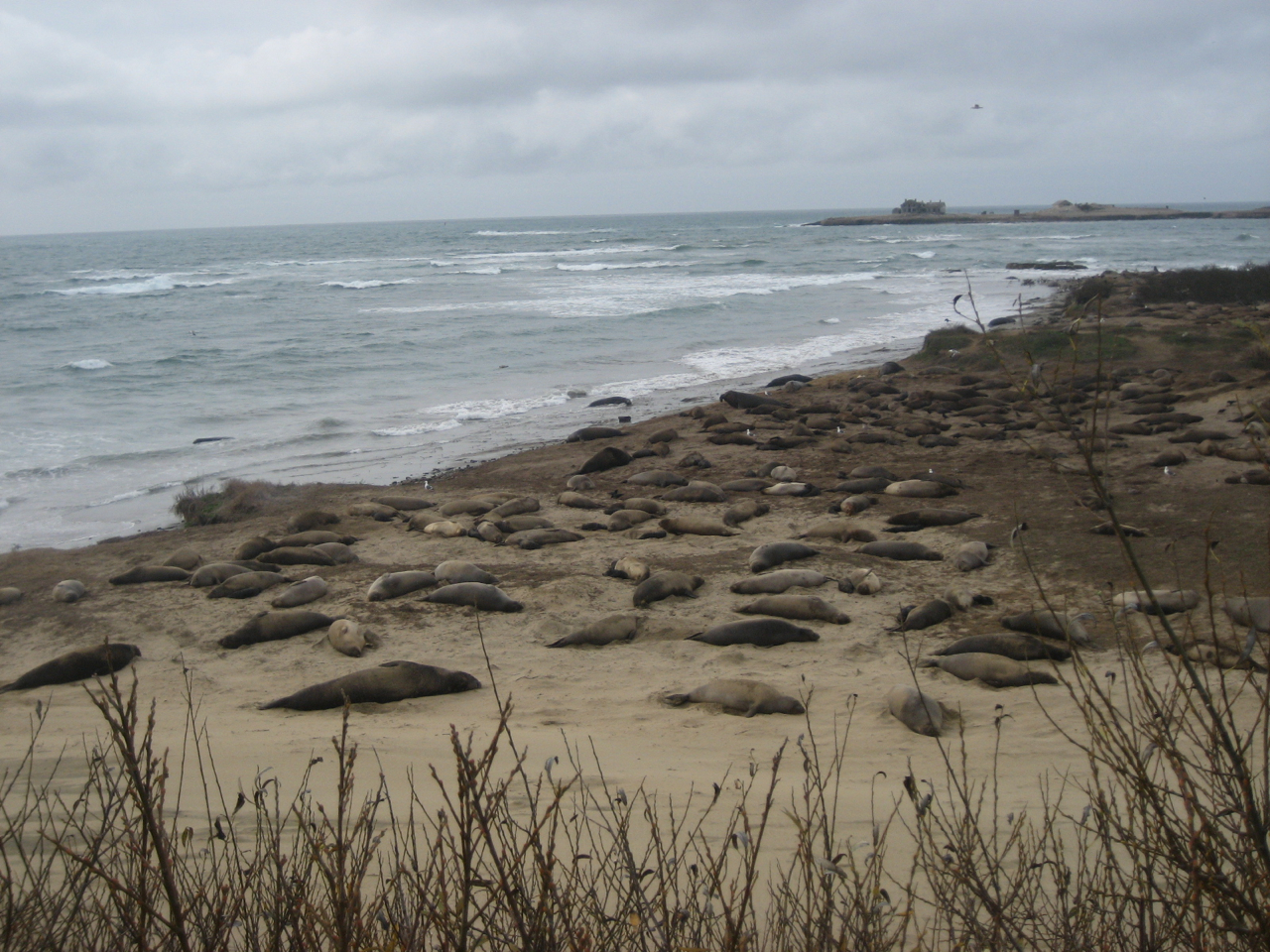 Año Nuevo State Reserve is famous for its elephant seal rookery, where the giant, lumbering marine mammals haul out at this coastal California location to breed (see Happy Año Nuevo). Scientists had previously documented high mercury content in the shellfish of Año Nuevo, but couldn’t confirm its origin. Now, a recent study by researchers at UC Santa Cruz solves this mercury mystery and pegs elephant seals as the culprit (Cassaboon et al 2015). The findings, published in the journal Proceedings of the National Academy of Sciences, reveal these imposing animals are actually depositing mercury into the environment when they shed their skin each year through molting. The researchers measured mercury levels in the seawater at Año Nuevo in February, which is during the elephant seal breeding season, and May, which is during the elephant seal molting season. They discovered that methylmercury, the form of mercury that can be absorbed through the skin of animals, was twice as high at Año Nuevo than in surrounding coastal areas during the elephant seal breeding season. But this discovery paled in comparison to the finding that methyl mercury concentrations were 17 times as high during the elephant seal molting season.

Connecting the dots and following the mercury, scientists at UCSC made an intriguing discovery: elephant seals store mercury from the food they consume in their top layer of skin, but when they molt each year, that skin, and the mercury it contains, is shed into the environment. This phenomenon exists because elephant seals become giant repositories of methylmercury through the process of biomagnification or bioaccumulation, which describes how methylmercury builds up in larger amounts as it moves up the food chain. Mercury is never broken down in the environment; it only changes form, and the form methylmercury can be readily absorbed in animals. A tiny fish may have a small concentration of methylmercury in it, but if a bigger fish eats 100 of those tiny fish, the concentration of methylmercury increases rapidly in the predator. Methylmercury keeps on accumulating in animals as it moves up the food chain. Whatever is eating the biggest fish can therefore be consuming an awful lot of methyl mercury with it, which is why methylmercury in fish is also a large concern for humans. (Luckily, the Monterey Bay Aquarium Seafood Watch Program has tips for avoiding fish with high mercury concentrations). 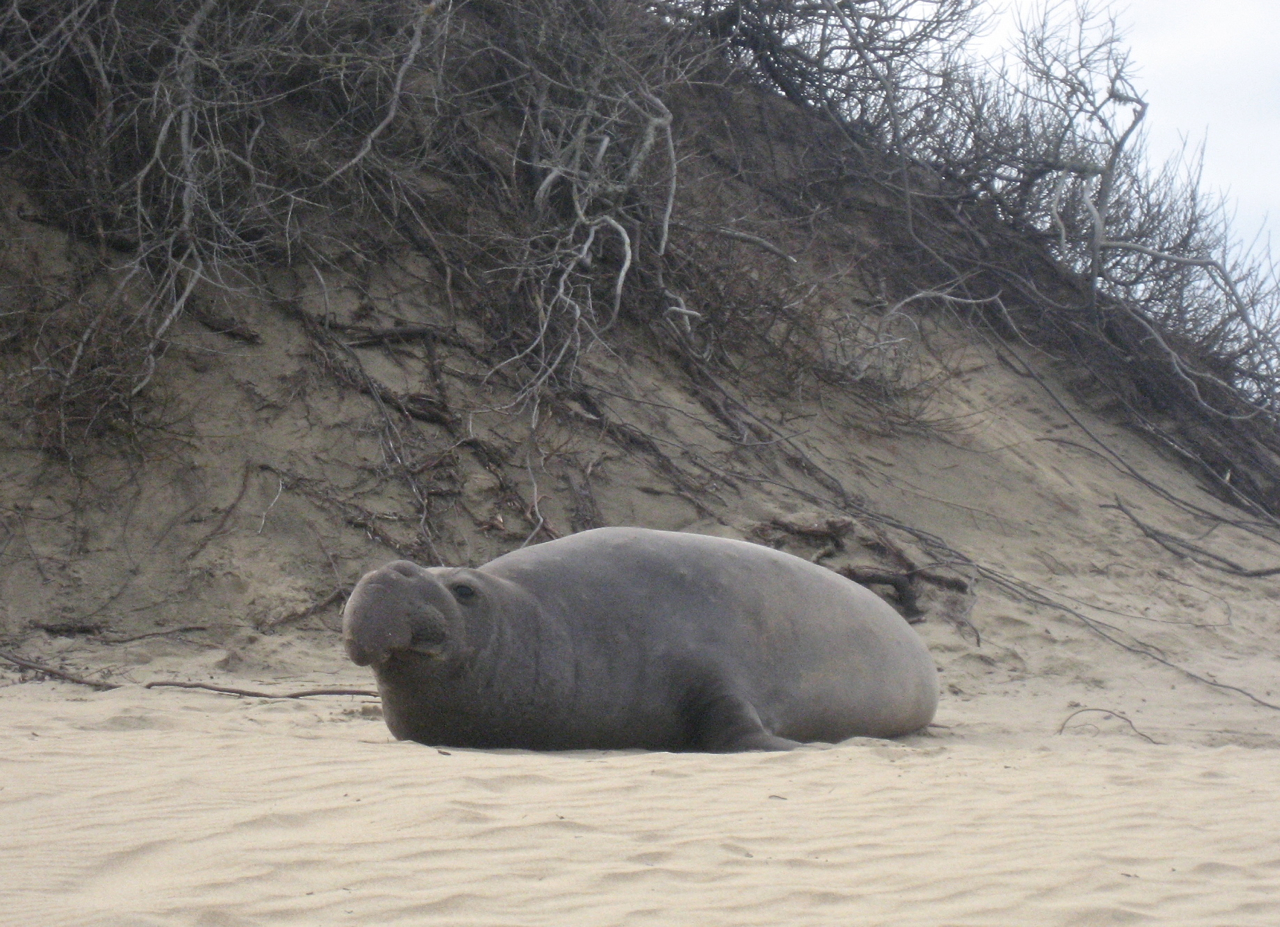 Because the elephant seal is near the top of the food chain, it can accumulate high quantities of methylmercury just like we do. This new study shows that elephant seals have developed an ingenious system for dealing with the harmful contaminant. By concentrating methylmercury from their food in their top layer of skin that later falls off, they have allowed themselves to keep feeding with gusto and bypass the dangers of a high-mercury diet. However, once the animals offload their methylmercury into the environment through their molts, the heavy metal may re-enter the food chain. Essentially, the elephant seals are acting as a source of methylmercury pollution, and can cause concentration spikes in the contaminant that are higher than those observed in industrialized San Francisco Bay, the study authors note. How all this methylmercury impacts the health of the elephant seals and other organisms are topics for further study. Until that is known, we can only hope that elephant seals will shed more light on the subject.