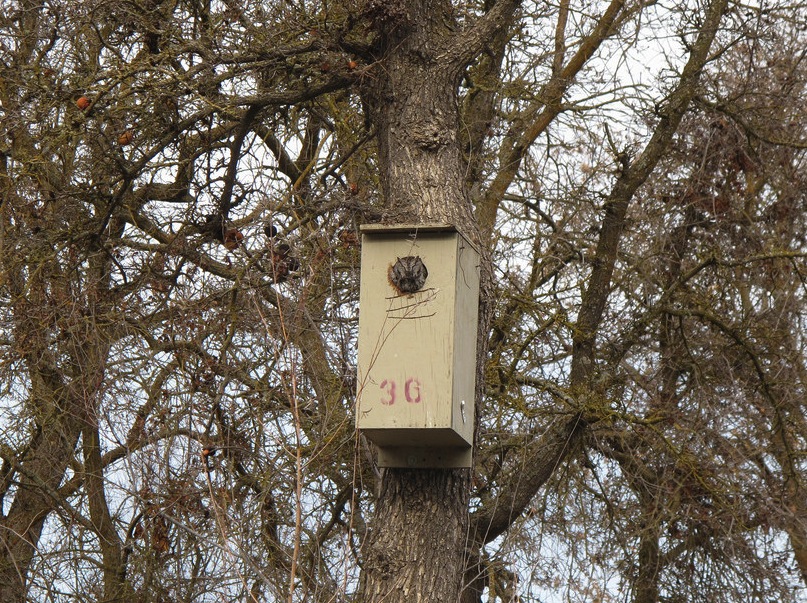 Nesting boxes are a common sight near the areas we work. Many of these boxes are installed for the conservation of species such as the Wood Duck (Aix sponsa) that have lost habitat, often due to human encroachment. On this day, our field technicians happened to observe a Great Horned Owl (Bubo virginianus) occupying one of these sky-high condos. Farmers and vineyard owners sometimes take it upon themselves to build these boxes to attract owls to their properties, where the owls act as “cats with wings,” preying on smaller animals that may damage crops.

Great Horned Owls, like many other species of owl, do not construct their own nests. They rely on abandoned nests constructed by other large birds. Most commonly, they move into nests created by Red-tailed Hawks (Buteo jamaicensis).  While nest adoption is their most common behavior, they will also use cavities found in large trees. After use by the original species, the hand-me-down nests quickly deteriorate and will only last the owl one breeding season. A nest box provides a sturdier alternative for repeated use. 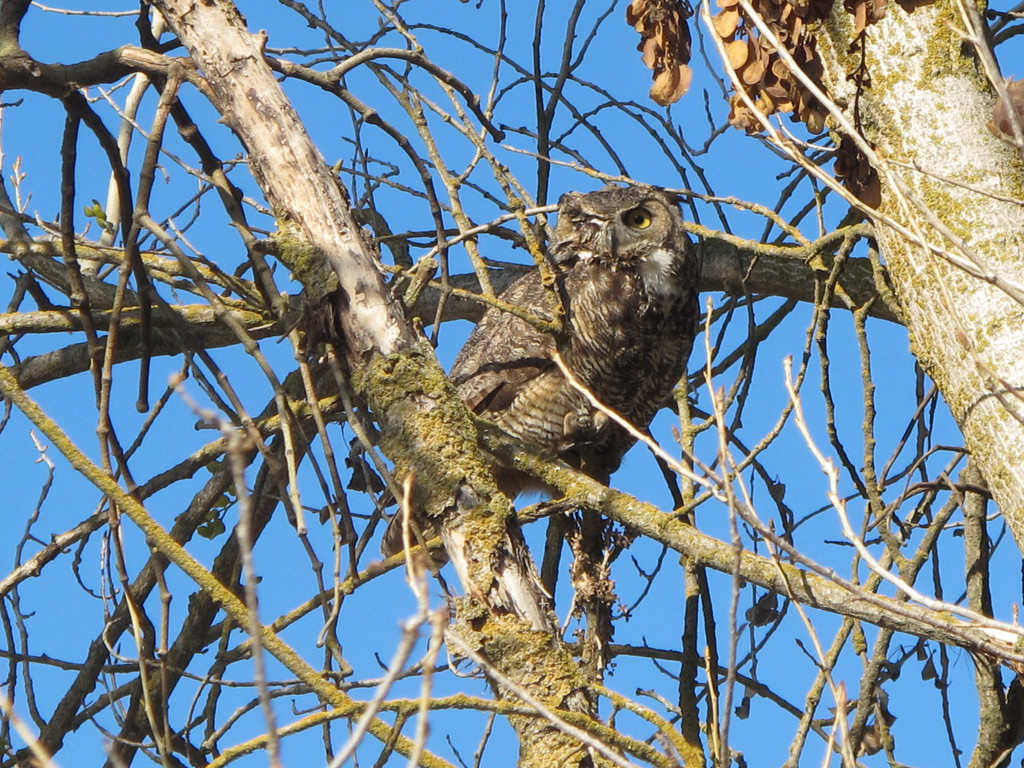