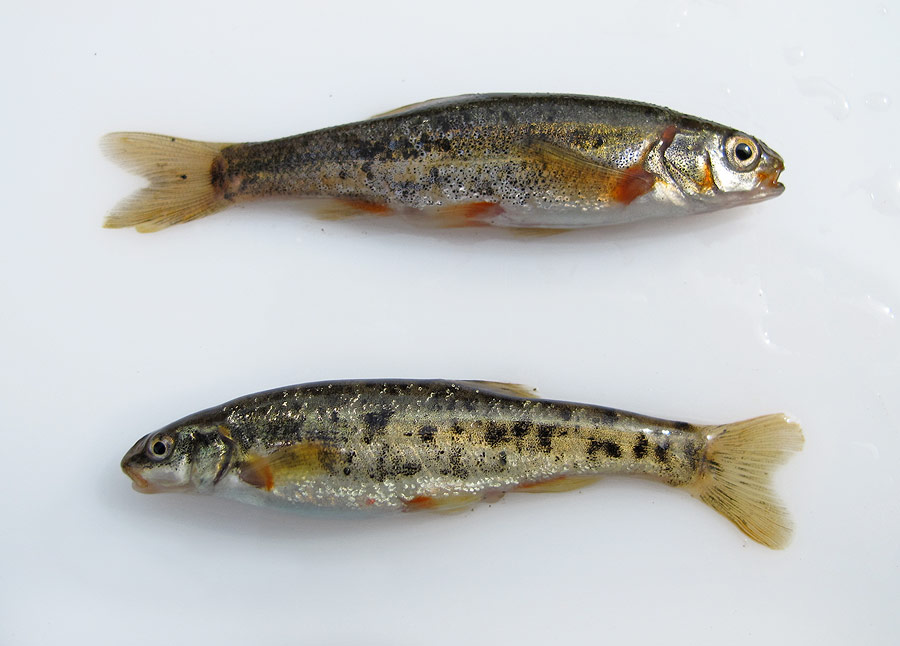 Similar in size and sometimes in appearance, these two native minnows can be found inhabiting some of the same California watersheds. Speckled dace (Rhinichthys osculus, bottom) thrive in small, cool, clear, well-oxygenated streams. They can be found in a variety of habitats, but prefer shallow riffles where they can browse on small invertebrates. Speckled dace grow to 4.4 inches and usually have speckles or blotches, but can vary considerably in color.

California roach (Lavinia symmetricus, top) are also found in small streams, generally in association with other native fishes and few predators. The California roach grows to only 4 inches, and is usually dark gray to blue on the upper half  with a silvery belly. They are omnivorous, feeding on small aquatic invertebrates and filamentous algae. Like the speckled dace, the California roach can be found in cool, clear, well-oxygenated streams, but interestingly, they are also very tolerant of high water temperatures and low oxygen levels. This adaptation makes them well suited to survive in intermittent coastal streams.