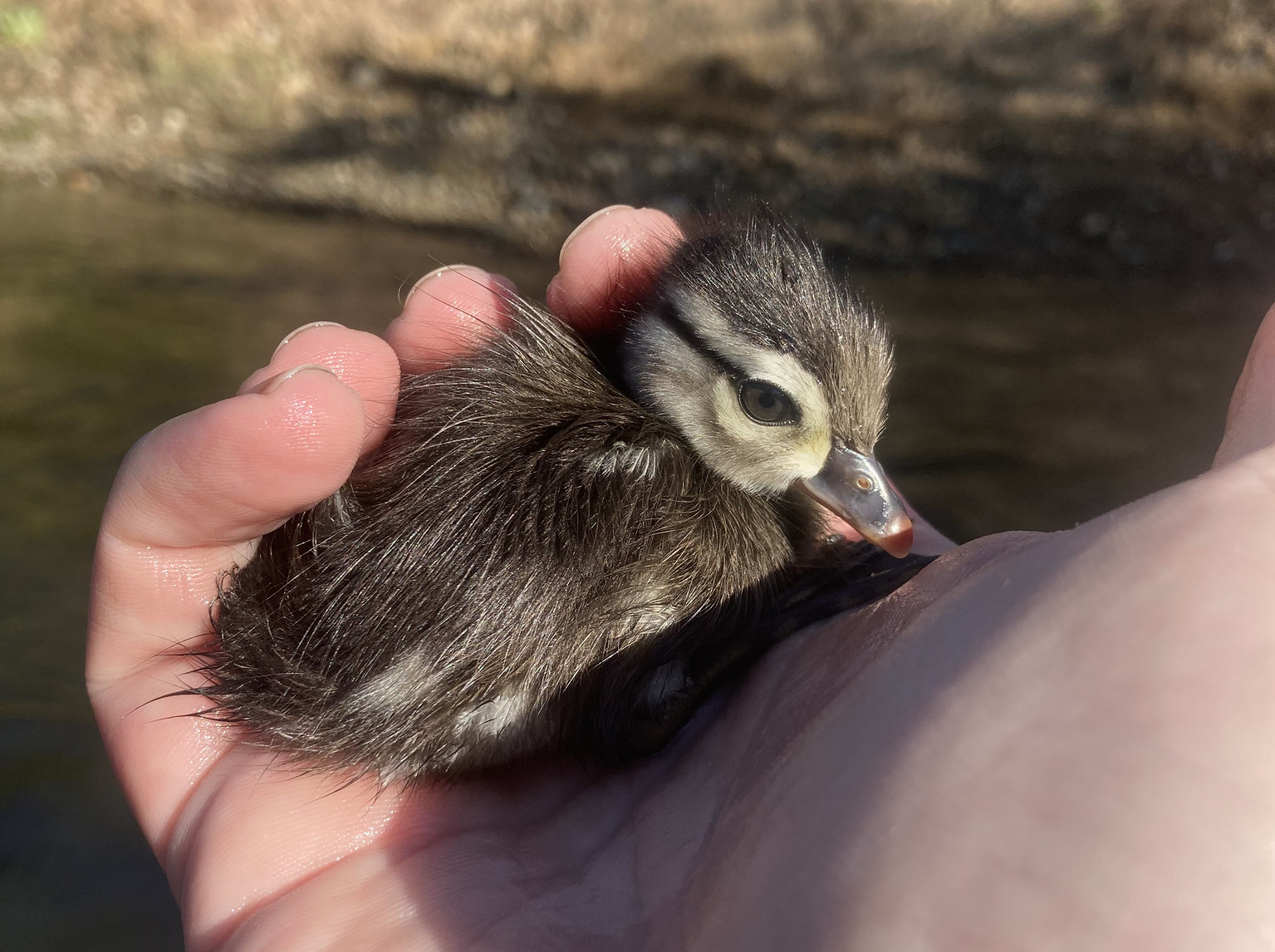 Our rotary screw traps sometimes catch more than just the usual fish and debris. Earlier this year, our fisheries technicians were surprised to find a few baby wood ducks (Aix sponsa) stuck in the trap. Our field crew was first alerted by the mother hen, who was visibly upset by the metal device that her babies had disappeared into. She screamed alarm calls and dashed in circles around the trap, making it clear to our technicians that she needed help as she flew close to them screeching loudly. Luckily, they were able to quickly open the trap and release the unharmed ducklings to their agitated mother waiting down the river.

Wood ducks, besides being extremely beautiful, are unlike most ducks in that they nest in cavities such as hollowed out trees or man-made nesting boxes. They even have claws on their feet to help them grip onto trees more easily. Their nests can be as high as 50 ft in a large tree and are often over water to soften the landing for the freshly hatched young ­– which is perhaps why a few washed into our screw trap. Female wood ducks will lay an average of 6-16 eggs per clutch. The young are precocial, meaning they are born fully feathered and open eyed. Once they hatch, baby wood ducks are ready to jump out of the nest within 24 hours. They will follow mom around as she teaches them all the best places to find a nutritious dinner of bugs and other invertebrates. 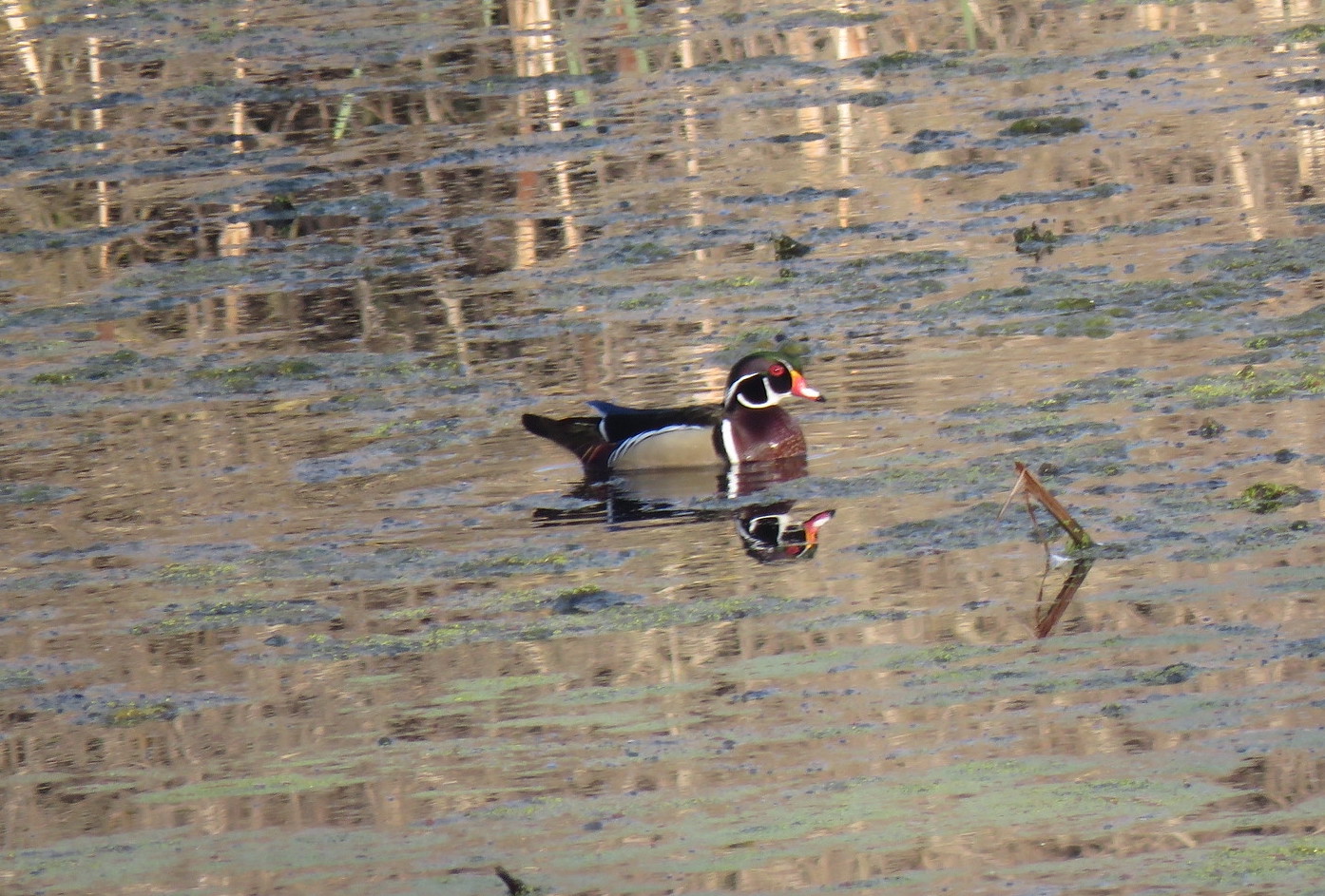 Wood duck populations are a major conservation success story across the United States. A combination of overhunting and destruction of bottomland hardwood forests led to a decimation of the population in the early 1900s. Luckily, due to the Migratory Bird Treaty Act of 1918 and a temporary ban on hunting of the species, these birds were able to recover to a stable population by 1940. The species is now thriving, with around 3 million breeding pairs across North America. They are helped in part by nesting boxes built and maintained in many riparian areas to support healthy wood duck populations. These boxes allow researchers to monitor the number of eggs that females are laying and the overall success of the young. Since wood ducks are a shy and often hidden species, these accessible nesting boxes provide an important monitoring opportunity. And sometimes, as we discovered, even a rotary screw trap can offer a rare wood duck encounter.