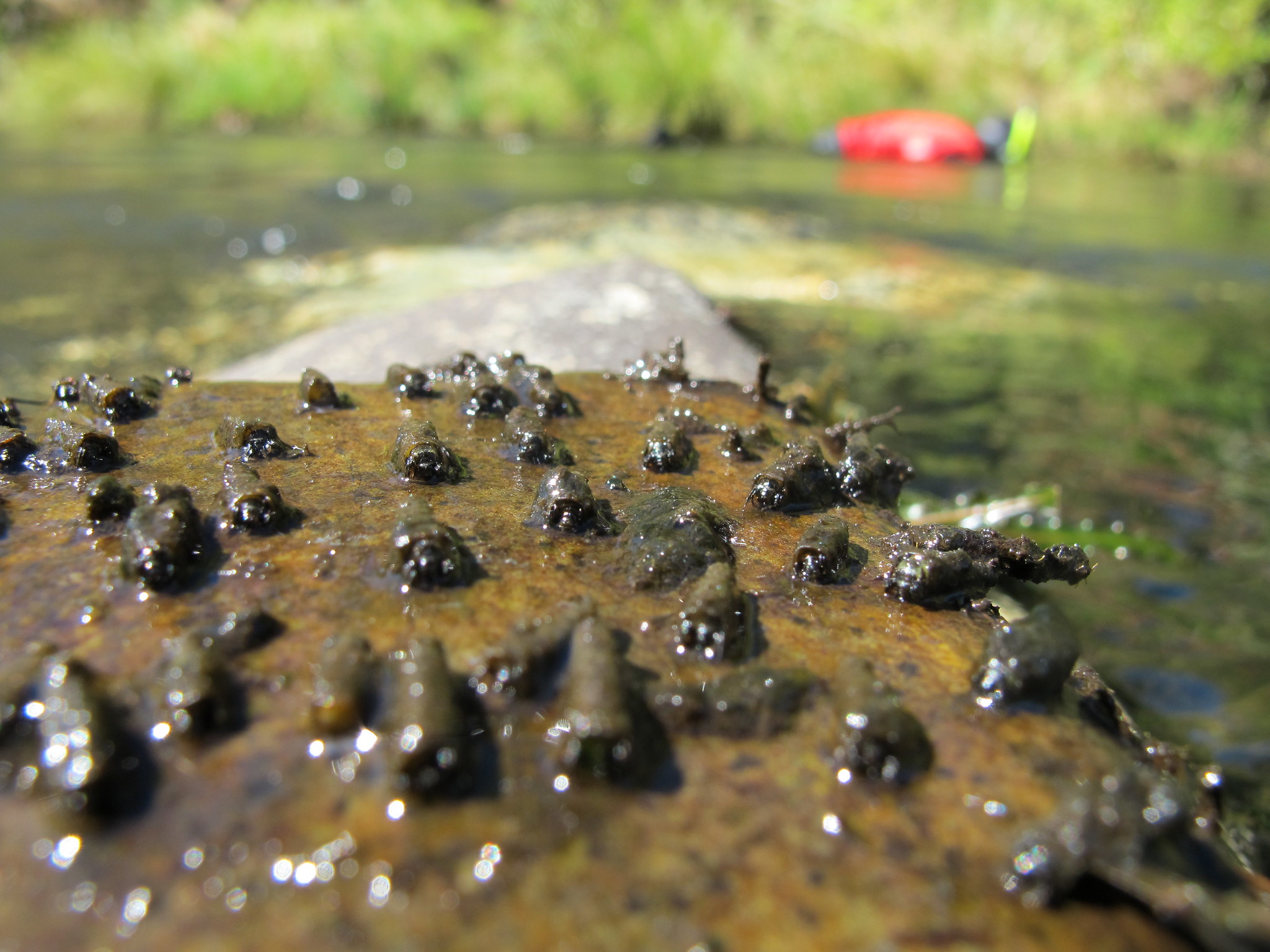 In a streambed crawling with ravenous dragonfly nymphs, sneaky juvenile stoneflies, and numerous other invertebrates, caddisflies (Order Trichoptera) have a way of standing out, thanks largely to their skills in home construction. Like many insects with aquatic life stages, caddisflies spend their adolescence underwater, ultimately emerging from the water as adults that enjoy only a very brief existence for breeding. Some species are predatory and spin webs or tunnels out of silk that their body produces to capture prey. However, it’s the herbivore and scavenger species that are the true master builders, as they use their silk to weave together materials like pebbles, twigs, and leaves to create a protective case. They spend most of their lives in this home-made armor – growing, developing, and ultimately pupating within their protective shell. Some enterprising humans have even hijacked the caddisfly’s artistic skills by providing them precious stones and metals that they then build a very fancy case with. But in spite of their bespoke shields, caddisflies are suffering declines on a global scale that are similar to those of other aquatic insect taxa. 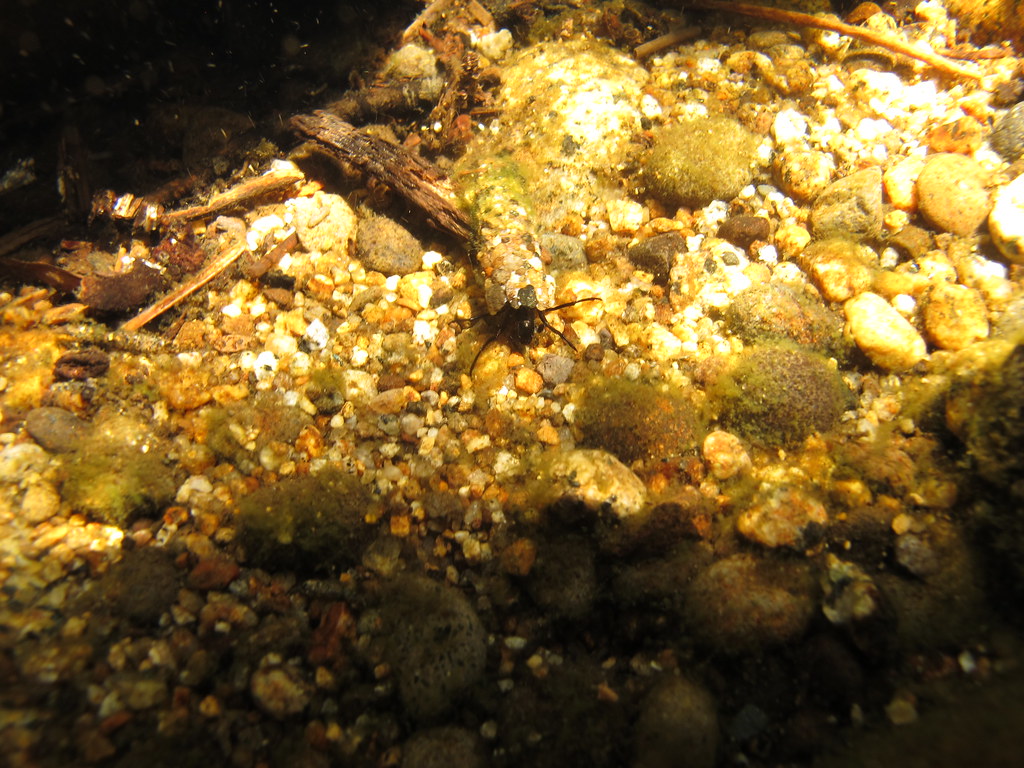 Currently, the International Union for the Conservation of Nature (IUCN) Red List of endangered and threatened species only lists four Trichoptera species, and all of these are European species that are presumed extinct. However, the minimal representation of caddisflies on the radar of conservationists is more likely due to a lack of research rather than to a lack of vulnerability. It’s worth noting that freshwater invertebrates in the United States have been the focus of only 10% of as much basic research as freshwater fish species. As such, very few long-term monitoring studies have been conducted that assess the status of Trichoptera, but those that have are revealing troubling trends. For example, an assessment of 278 caddisfly species in relatively undisturbed sites throughout Minnesota have shown species declines of 6–37% depending on location since the 1890s. Even worse, 17 species have not been seen since the 1950s. As mentioned above, caddisflies have diverse feeding habits depending on species, and the majority of the declines observed in this study have been among those species that feed as shredders – eating woody debris, leaves, and vegetation – and those that feed as predators. The caddisfly community in many of the study sites is now dominated by species that feed as collectors – filtering small particles of organic matter out of the water. Similar trends of declining shredders and predators have been observed in other countries as well. In addition, species tolerant to human-caused changes have increased in abundance as much as seven-fold since the 1950s, especially in regions dominated by agriculture. 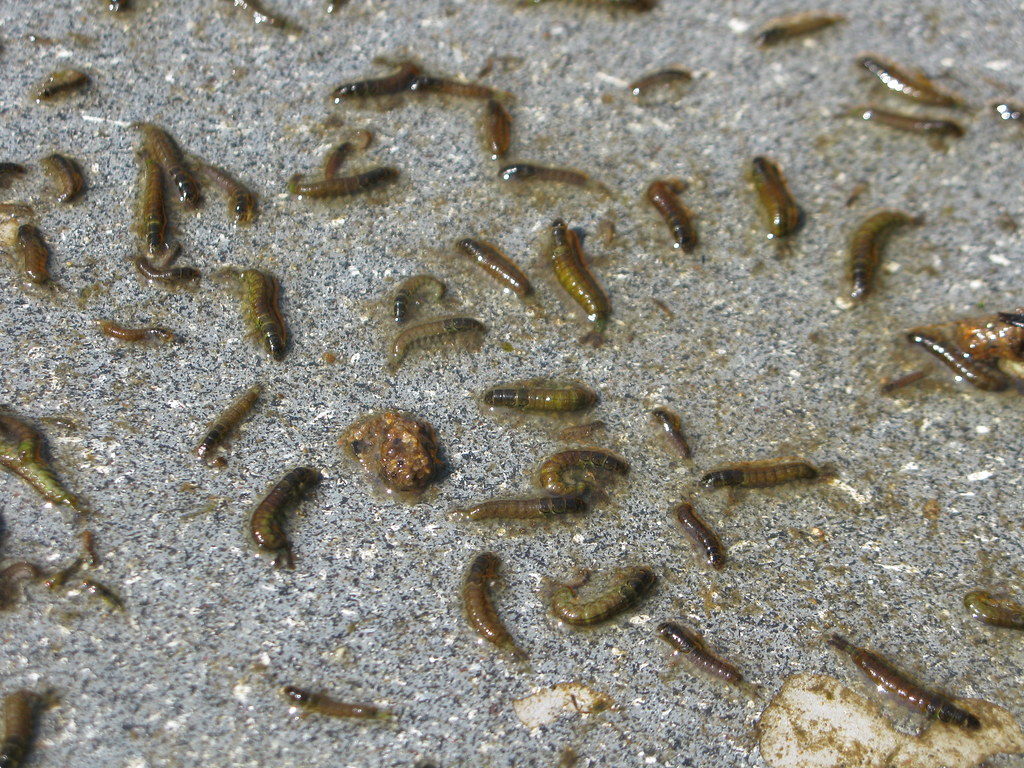 Much like their Odonate and Plecopteran neighbors, caddisflies are believed to be suffering declines primarily as a result of habitat degradation and loss, and they also face the same threats of pollution and climate change. Increased sedimentation and eutrophication are selecting against those species that feed as shredders and predators, and allowing only the filterers to survive. This loss of diversity is likely to have cascading effects throughout the food web, as the loss of shredders could interrupt the normal processing of organic debris, and the loss of predators could alter the abundances of other invertebrates. What’s more, a decline in species abundance may reduce food resources for fish and other species that rely on caddisflies as prey. In order to better understand what steps must be taken to curb caddisfly declines, more research will need to focus on these often overlooked stream-dwellers, hiding away in their woven shelters.

This blog series is based on a recent study that compiled long-term insect surveys from the past 40 years  and revealed a staggering worldwide decline in insect species (Sánchez-Bayo and Wyckhuys 2019). Among the most affected insects are those that spend a portion of their life cycle in freshwater systems, namely Odonata (dragon and damselflies), Plecoptera (stoneflies), Trichoptera (caddisflies), and Ephemeroptera (mayflies). In this blog series we delve deeper into the declines of these insect groups, and their importance in freshwater environments.