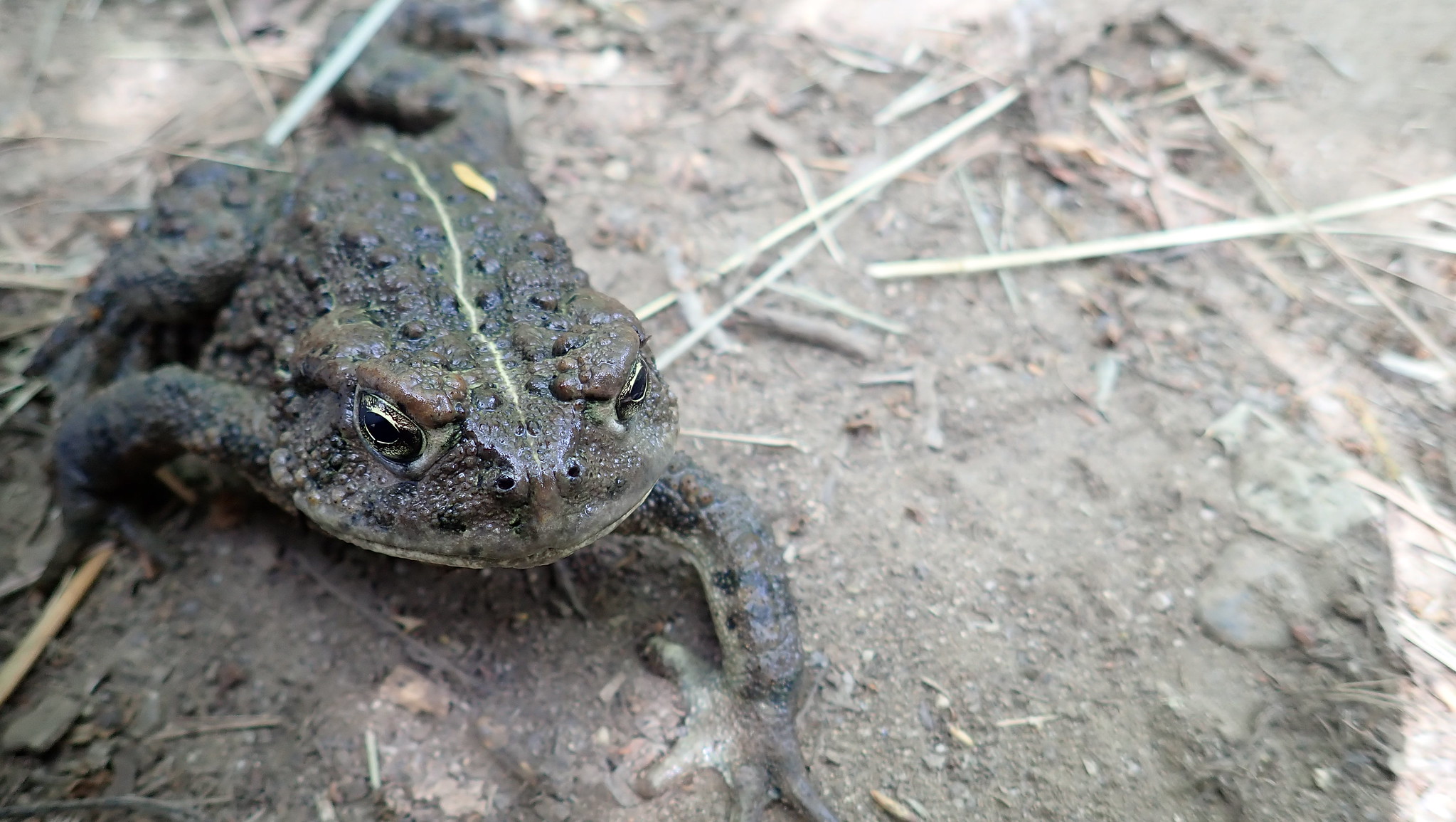 Our field technicians often come across various species and life stages of frogs out in the field. The most common species we see are large American bullfrogs, tiny Sierra tree frogs, and bumpy California toads. Although toads may appear the most different from other frogs, they are actually just a specific type of frog. Said another way, not all frogs are toads, but all toads are considered frogs. Toads are in the family Bufonidae, which contains dozens of genera that are native to every continent besides Antarctica and Australia. They live in a diversity of environments, but tend to occupy more terrestrial habitat compared to other water-loving frogs.

The simplest way to identify toads is by their warty skin, which differs from the smooth skin seen on many other frogs. A toad’s bumpy warts are not like the warts you may find on your own skin. In humans, warts are small noncancerous growths caused by the human papillomavirus. In contrast, a toad’s skin bumps are actually collections of about 2-3 granular glands. These function to secrete a foul tasting, poisonous substance called bufotoxin, which helps to deter predators. All toads have this unique defense mechanism to protect them against predators. The antibiotic-rich substance helps to protect the toad from different pathogens as well. Large amounts of these glands aggregate to create two main parotid glands, which are located behind the toad’s eyes and puff up when it feels threatened. If a predator tries a bite, they might get a strong mouthful of bufotoxin as punishment. The toxin is powerful enough to kill small mammals and irritate human skin, but it will not cause any warts to develop. 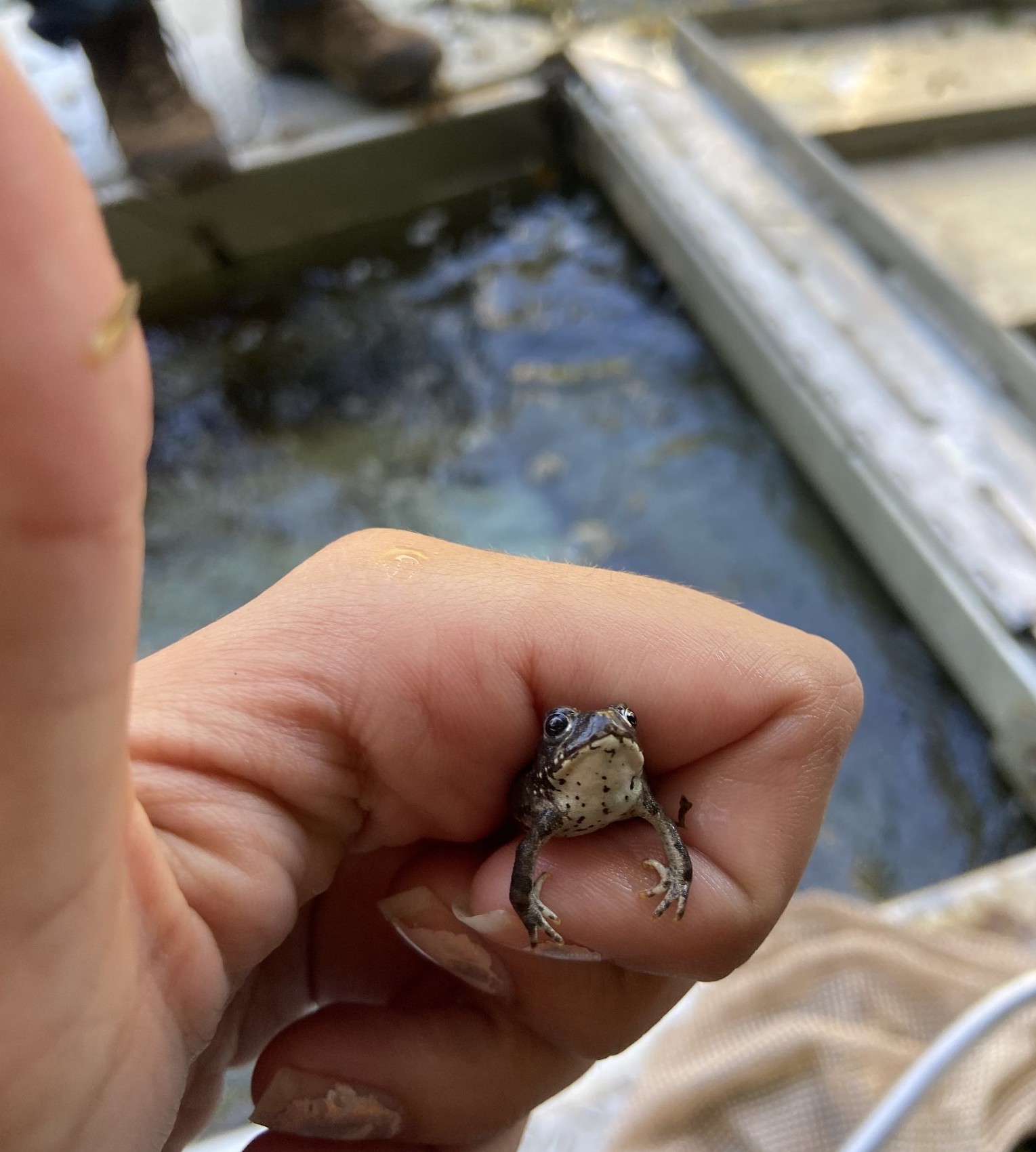 There are around 10 species of toad found in California, and the California toad (Anaxyrus boreas halophilus) is our local species in the Central Valley. It is a subspecies of the Western Toad, and despite being a relatively uncommon amphibian, it occurs across a majority of the state. These animals are primarily active from January through October, depending on the elevation. To cope with the depletion of their insect food source during the very coldest months, toads will hibernate for a period of time by burying themselves underground and re-emerging when the weather warms up. California toads are thought to live around 9 years in the wild, although there are records of captive toads living over 21 years. These toads breed around the age of 4 to 6 years old, once they have reached full maturity. Females lay gelatinous strings of small eggs in shallow bodies of water, which are immediately fertilized by the males. Our field technicians sometimes come across adult or juvenile California toads that are accidentally caught by our rotary screw traps on the Calaveras River. The toads don’t leap away like most other frogs, and instead move in smaller hops, making them much easier to handle as we send them on their way.